Hello BoF Professionals, Happy Thanksgiving to our readers in the USA! But holiday or not, the global fashion business keeps moving and your exclusive weekly briefing is ready, with members-only analysis and a digest of the week’s top news.

With its annual fashion-show extravaganza, Victoria’s Secret has devised a powerful formula for uniting content and commerce. The show — which each year takes place before a live audience but is then carefully edited for broadcast a week later, just in time for the holiday-shopping season — is both a spectacular means of building brand equity and a powerful driver of sales.

But the lingerie giant's latest show — its first-ever in China, staged at the Mercedes-Benz Arena in Shanghai last Monday night — was beset with hiccups from beginning to end. For a start, several models and celebrities who were expected to appear in the show, including supermodel Gigi Hadid and pop star Katy Perry, announced they would not be coming to Shanghai after their visa applications were denied by the Chinese authorities. Numerous international bloggers and influencers who had planned to travel to China to cover the show were also denied entry.

Then, Chinese model Ming Xi took a tumble on the runway and the incident swiftly became a top trending topic on Weibo, clocking up over 600 million views. To make matters worse, the after party, which took place next to the show space, came to a sudden halt just before midnight when police entered the venue and pulled the plug.

Poor Xi Meng Yao took a fall onstage 😭😭 Baby girl got back up and gave a gorgeous pose though (topic currently trending too), hoping they don’t cut her out ♥️#奚梦瑶 #ximengyao #mingxi pic.twitter.com/VHQ2Heik1w

But Victoria’s Secret’s Shanghai woes are dwarfed by much larger challenges.

Last week, parent company L Brands — which depends on Victoria's Secret for about 60 percent of its annual revenue — reported dismal third-quarter results. Earnings per share for the quarter ended October 28, 2017, decreased 29 percent to $0.30 compared to $0.42 for the quarter ended October 29, 2016. Third-quarter operating income decreased 18 percent to $231.7 million compared to $283.6 million last year, while net income was $86.0 million compared to $121.6 million previously. At Victoria's Secret itself, year-to-date sales were down 11 percent compared to the same period last year.

To be sure, Victoria's Secret remains a dominant force in the lingerie market, especially in the US. Net sales for the year ended January 28, 2017, were $12.6 billion. But there is clear evidence that the brand is fading. What went wrong?

For one, repeating the same approach to its fashion show, year after year, appears to be driving diminishing returns. But more importantly, the dolled-up, sexualised image that Victoria’s Secret peddles feels increasingly out of sync with what young women want from their underwear.

“Its narrow representation of beauty ideals feels largely unchanged over the past two decades,” said Bridget Brennan, chief executive of Female Factor, a consulting firm focused on the study of female consumers. “It’s as if Victoria’s Secret has stood still while women have raced ahead changing the culture and expanding the definition of beauty to be more inclusive, body positive and multi-dimensional.”

Then there’s the product itself. “Current trends within the underwear market — with functionality and comfort increasingly being the main priorities for women — largely go against the Victoria’s Secret DNA. Research shows that seamless and T-shirt bras have grown in popularity, overtaking enhancing bras such as padded and push-up styles,” explained Samantha Dover, senior retail analyst at Mintel, pointing towards the rise of competitors like American Eagle’s Aerie collection and a slew of new start-ups emphasising comfort over sexiness.

But all is not lost. Certainly, there are significant new opportunities in international territories like China, where the women’s lingerie market is estimated to increase in value by 55 to 60 percent from 2015 to 2020. Hence, the location of Victoria’s Secret’s show, which follows the opening of the brand’s first mainland China store in Shanghai earlier this year. L Brands, which has described China as a “top priority,” is targeting $1 billion in annual revenue from the country by 2021.

One thing the lingerie giant does have is brand awareness — at least in China’s first and second tier cities. Certainly, Victoria’s Secret is hoping that its recent Shanghai show, when it’s broadcast next week, will help to spread the word. The show is scheduled to air next Tuesday on the American network CBS, Hulu Live TV and YouTube. Importantly, for the first time, it will also be available to view the following day on Chinese platforms, including Alibaba's Youku, Tencent’s QQ and Baidu-owned iQiyi, which should give this year’s show a boost among Chinese audiences, who in the past were only able to watch the show on pirated streams.

Still, Victoria’s Secret’s notion of “sexy” — increasingly out of step with cultural attitudes in the US — doesn’t easily translate in China either. “Chinese women want more traditional and less showy looks; they prefer something that is comfortable, supportive and protective,” said Stella Song, a partner at brand consulting agency SociaLight. Then there’s the problem of localising product to fit different body types, not to mention the local competition.

Victoria's Secret will need to modernise its image and revamp its product offering if it is going to realise its full potential in the world's two largest consumer markets. That could require some serious soul-searching and a significant strategy shift.

J.Crew's sales plummet. The company posted another withering sales decline in the third quarter: same-store sales plummeted 12 percent at J.Crew's flagship brand, overshadowing growth at its newer Madewell division, which has attracted Millennials with its offbeat styles. J. Crew also expects to close 50 stores this year, up from a previous target of 30.

Neiman Marcus key sales figure rises for the first time in two years. The Dallas-based chain reported a 4.2 percent increase in comparable revenue during its first fiscal quarter compared to a year ago. The figure includes a 14 percent increase in online sales, which now account for about one-third of total revenues. Comparable revenues from brick-and-mortar stores, though, was flat.

Demand for gold lifts profit at Chow Tai Fook. Profit increased for a second consecutive six-month period at the world's largest jewellery retailer. Net income rose 46 percent to 1.78 billion HKD ($228 million) in the six months through September, while revenue climbed 15 percent to 24.8 billion HKD ($3.17 billion). The results mirror the continued recovery in demand for luxury goods in China after a two-year slump amid a corruption crackdown in the country.

Swiss watch exports have biggest monthly gain since 2013. Shipments increased 9.3 percent to 1.85 billion francs ($1.9 billion) in October, the sixth consecutive monthly increase. The figures underline the industry’s recovery after it exited its longest slump on record earlier this year. Shipments to Hong Kong, the biggest export market, rose 16 percent in October as the effects of a crackdown on corruption in China waned, with the US lagging behind.

Aquazzura settles lawsuit with Ivanka Trump. The lawsuit, filed in 2016, said Trump copied the design of the Italian brand's $785 "Wild Thing" shoe for her own discount "Hettie" model, which sold for $130. Trump and co-defendant Marc Fisher denied infringing Aquazzura's rights. The case was settled out of court and the terms of the settlement remain confidential. "The parties are pleased to have been able to resolve the matter to their mutual satisfaction," according to a statement. 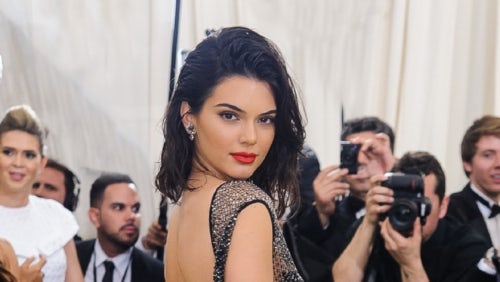 Kendall Jenner overtakes Gisele Bündchen as world's top-earning model. The half sister of Kim Kardashian earned an estimated $22 million for the year, thanks to runway appearances and an 84 million-strong Instagram following that helped her launch her own clothing line and secure campaign deals with Adidas and Estée Lauder. Bündchen, who has held the top spot since 2002, was ranked second this year with an estimated $17.5 million.

Azzedine Alaïa passes away. One of the industry’s most beloved creators, he passed away aged 82. The couturier was one of the industry’s few designers willing to follow his own conventions and ignore fashion schedules, creating collections at his own pace. Alaïa, who passed away early Saturday morning, remains an aspirational zenith for many industry leaders, including François-Henri Pinault, Andrew Bolton, Carine Roitfeld, Miuccia Prada and more.

ANDAM appoints president to succeed Pierre Bergé. The non-profit fashion organisation, founded in 1989, has appointed Guillaume Houzé as its new president, effective immediately. Houzé succeeds Saint Laurent co-founder Pierre Bergé, who passed away aged 86 in September. He will maintain his position at Galeries Lafayette, where has served as image and communication manager for the past four years.

Online shopping sets new record at $1 billion a day. Surging online sales and a shift away from store shopping have thinned the crowds typically seen at stores on Thanksgiving evening and Black Friday. Consumers have already spent $28.6 billion shopping online this month, 18 percent more than they did in November last year. Cyber Monday is expected to be the largest online shopping day in history, with an expected $6.6 billion in sales. Online holiday spending overall is expected to generate $107 billion in sales, an increase of 14 percent.

Amazon could be worth $1 trillion in 2018. The technology giant is on track to become one of the first-ever $1 trillion companies by the end of 2018, and its many high-margin business operations could push its stock to $2,000 per share, according to a note from Morgan Stanley. Analysts estimate that its retail business will see 13 percent annual sales growth, a 5.5 percent operating margin, and, for its marketplace alone, a 25 percent profit margin by 2022. The retailer also has plans to open an Australian site.