Last Tuesday morning, Coach reported fourth quarter revenues of $1 billion, a 12 percent drop compared to the same period last year. While the American leather goods and accessories maker’s revenues beat expectations, same-store sales fell by 19 percent. Then, on Wednesday, Kate Spade & Co. reported second quarter net income of $8.5 million, after reporting a loss in the same period a year earlier. Kate Spade shares have dropped 35 percent in value since the beginning of 2015. Finally, on Thursday, Michael Kors reported revenues of $986 million, up from $919.2 million for the same period last year, topping expectations. Profit fell for the second quarter in a row, as sales at existing stores declined. 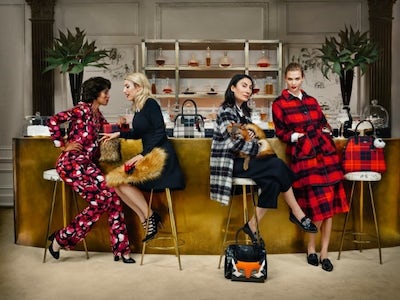 It wasn’t always this way. For years, accessible luxury brands like Michael Kors, Kate Spade and Coach — as well as Tory Burch and Ralph Lauren — posed a real challenge to higher-end luxury brands like Hermès, Gucci and Louis Vuitton, offering handbags with luxury-like cachet for as cheap as $300.

For a long time, the formula worked well. In 2014, London-based department store Selfridges sold an average of 225 Michael Kors Selma bags every week. To date, the brand has also sold tens of millions of its $300 MK tote. And, as recently as this season, Harvey Nichols reported a 34 percent increase in sales of Michael Kors bags, compared to this time last year.

“One of the main drivers is the increasing number of middle class consumers, particularly from emerging markets. They are really creating demand for accessible luxury products,” said Claudia D'Arpizio, a partner at consulting firm Bain & Company.

The world’s middle class population is set to hit 3.2 billion in 2020, up from 1.8 billion people in 2009, according to the Organisation for Economic Co-operation and Development (OECD). The OECD predicts that the majority of this growth will come from Asia, which will account for 66 percent of the world’s middle class population by 2030, compared to 28 percent in 2009.

“During the recession, consumers pulled back and economised — often out of necessity, but also because saving money and getting a bargain became a cool thing to do,” added Marcie Merriman, executive director of retail strategy and consumer engagement at Ernst & Young. “With Gen Z, there’s been more of ‘work hard, live well’ attitude. This mentality could translate into more interest in luxury items, and continued growth in the affordable luxury category.”

Fuelled by such trends, the accessible luxury market is expected to grow €150 billion ($164 billion) between 2014 and 2021, reaching €685 billion ($747 billion) by 2021, according to a report by Boston Consulting Group and Altagamma. And yet, this year, shares in Michael Kors have lost almost half of their value, Kate Spade shares have dropped 35 percent, and, up to last Monday's close, Coach shares had fallen 19 percent this year. Now, these labels face pressure to reinvigorate their businesses to earn back customers and investor confidence, in the face of diluted brand cachet and over-distribution.

Do accessible luxury brands have an inherently limited lifespan?

“Accessible luxury brands enjoy a lot of success, but only for a limited period of time. Most of them expire after a few years, but they try to keep on going as long as possible,” said Mario Ortelli, senior luxury goods analyst at Sanford C. Bernstein. “True luxury brands usually have greater heritage, more brand equity and are therefore more stable and resilient. Accessible luxury brands tend to be more volatile, but can deliver faster growth in the early stages of development.”

According to D'Arpizio, accessible luxury labels follow the same codes as true luxury brands — from stores in prestigious locations, to high-end customer service, to luxurious packaging. “What varies between the two is the pricing and product positioning,” she explained. “Accessible luxury is a strategy used to create desire for products that are not ‘super-luxurious,’ but are affordable to a larger audience. I think very few of these brands have a long-term position [in the market].”

Over the past few years, Michael Kors has expanded heavily. The brand is currently available in 4,133 locations worldwide, up from 2,913 sites at the beginning of 2013. In 2014 the label had 703 stores, up from 231 in 2011. Kors products — in particular, its handbags — have become ubiquitous, and as a result, the brand’s luxury cachet has been diluted. 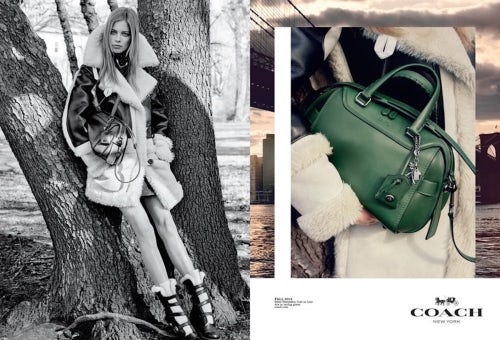 For New York-based label Coach, which has 965 directly-operated stores worldwide, the problem is also rooted in distribution. Over the years, weak demand has led to heavy discounting, tarnishing the brand’s premium positioning. In 2013, Coach’s outlet sales accounted for as much as 70 percent of overall retail sales, according to Wells Fargo analyst Paul Lejuez.

“You need to be visible, but the distribution should be high quality,” explained D'Arpizio. “Take Chanel No. 5, for example. You can find it in thousands of stores globally, but it is always of a high quality and it is always displayed in a consistent way.”

To combat oversaturation in established markets and maintain growth, last week, Michael Kors announced it would shift the focus of its expansion to overseas markets like Japan and China. While revenue in Japan climbed over 42 percent in the fourth quarter, Japan only accounts for 1 percent of Michael Kors’ total revenue. The company plans to open 10 new stores in Japan this year.

In June 2014, Coach announced it would shut a fifth of its main-line retail stores in North America, its biggest market, and offer fewer discounts. Under new chief executive Victor Luis, who came on board in 2013, the label is turning to acquisitions to drive growth — in January, Coach acquired luxury shoe firm Stuart Weitzman for £350 million (about $546 million).

On the other hand, Kate Spade has been more cautious about over-distributing in an effort to retain demand for its handbags and small leather goods. Earlier this year, the company shuttered its retail stores for lower-priced offshoot Kate Spade Saturday and menswear label Jack Spade, as well as its e-commerce site Saturday.com, to focus on its flagship Kate Spade New York brand. In July, the label also announced that it will expand into several new categories through licensing deals, including activewear, children's clothing, sleepwear and cookware.

However, not all accessible luxury brands have stumbled into trouble. New York-based label Tory Burch has emerged as an anomaly amongst its accessible luxury counterparts. In its first decade, the label, which was co-founded in 2004 by the eponymous designer and her then-husband Christopher Burch, maintained strong growth. In 2007, sales exceeded $100 million for the first time, passing $200 million in 2008 and $500 million in 2011. In 2014, Tory Burch’s revenue exceeded $1 billion.

One of the reasons Burch has been able to sustain the growth of her namesake empire is that, unlike Michael Kors, Coach and Kate Spade, Tory Burch remains privately owned, meaning the company faces less pressure to post growth every quarter, allowing its management to focus more on the long-term plan for the business. Kors became publicly traded in December 2011, raising more than $900 million and valuing the company at more than $3 billion. And yet, since its IPO, the company has experienced its slowest quarterly revenue growth.

“An IPO is a valuable opportunity to attract money, bring on board good management and create a good environment for the company. But there’s pressure to regularly provide financial results,” said D'Arpizio. Indeed, the need for a publicly-traded company to post quarterly growth can lead to short-term thinking that has a damaging effect on the brand in the long run.

Tommy Hilfiger became overexposed and overdistributed, after it became a publicly traded company in 1992. When consumers began to turn away, the designer felt the best solution would be to slow down and rethink how to make his business sustainable — and profitable. However, this proved difficult in the glare of the public markets.

“A lot of pressure came from being public. Every quarter, we had to show the markets that we were growing. We had such phenomenal growth in the beginning that they expected the growth to continue,” Hilfiger said, in an interview with BoF in June. “We were in a dilemma on what to do with the brand, because, one day, it wasn’t cool anymore. Abercrombie had come around. The Gap was hot. Banana Republic was hot. All of a sudden, the landscape was changing.” Eventually, in 2006, Hilfiger took his company private again.

According to D'Arpizio, sustaining a publicly-traded accessible luxury business “depends on the strategy of the brand and how they will handle the market. You need to be able to manage your goals, your expectations and your shareholders.”

For Ortelli, accessible luxury brands have the flexibility to grow much faster than true luxury brands, which tend to limit sales growth to avoid overexposure. “But in a market where consumers’ taste changes rapidly, only the players with scale and a strong brand identity will be the winners in the long run,” he said.

“The key to success is understanding what the consumer is willing to invest in and how much it’s worth to them. People don’t invest in products; they invest in things that fulfil their emotional needs,” concluded Ernst & Young’s Merriman. “Over time, many brands forget how they won customers over to begin with. The smart ones eventually find their way back to their roots.”

Editor’s Note: This article was revised on August 11th 2015. An earlier version of this article misstated that Kate Spade had shuttered its Jack Spade line. Jack Spade has closed its retail stores, but will continue to be sold through wholesale and e-commerce channels.