This week, as editors, buyers and other industry insiders arrived in Milan for the third leg of their bi-annual “fashion month” migration, some wondered how long the traditional fashion system could last.

Luxury spend is shifting from goods to experiences, but fashion products — so closely linked to self-expression and social signalling — are not going away. Still, there is no doubt that the way fashion is created and consumed is changing dramatically, threatening to upend a traditional system built around seasonal collections, runway shows and wholesale partnerships.

Under this system, ready-to-wear has become harder and harder to sell. Now, fashion brands are facing new competition from a universe of Millennial-focused labels being birthed on Instagram. These brands have little to do with the traditional fashion world and signal the rise of a new parallel system that’s more about immediacy, social media and direct-to-consumer sales.

Of course, traditional fashion brands have been shifting their focus to direct-to-consumer sales channels and social media marketing for some time. But what distinguishes many of these new Instagram labels is their approach to product releases — more like a feed than a fashion cycle — and the strength of the communities they have been able to build.

Many of these labels didn't begin as brands at all. Take the example of Anine Bing, a fast-growing Los Angeles-based label which emerged out of its eponymous founder’s closeness to her large social media following. If the old approach was about developing batches of products, then marketing them to a target audience, the new approach is the reverse: first, gather a community, then offer them a stream of products. Of course, key to building a loyal community is a consistent point of view and constant engagement.

That's why Alessandro Michele's Gucci show this week was so noteworthy. It’s telling that the star Italian brand now sells more to Millennials than any other generational cohort and, according to market reports, these customers are actually buying clothes — not just shoes and bags.

Under Michele, the Italian megabrand has stuck to a consistent point of view season after season, leading many in the industry to wonder when the designer would move on from his magpie maximalist signature. But this week's runway outing showed he’s sticking to his guns. His show notes spoke of resisting “the mantra of speed that violently leads to one losing oneself” and “the illusion of something new at any cost.”

And yet speed and newness are also important, and Gucci delivers these by drip-feeding its product assortment throughout the selling season, providing social media stimulation with a steady stream of internet-savvy advertising content that looks better on screen than in print and features everything from all-black dancers at a '60s-era Northern Soul party, to intergalactic creatures inspired by vintage B-movies, to regular people simply doing rounds of karaoke.

Gucci has by no means abandoned runway shows or wholesale stockists, but its success with young consumers underscores an approach that has as much in common with Instagram brands as the traditional fashion system.

Importantly, Gucci's approach to consistency means the company can't easily discount unsold goods at the end of the season without damaging appeal for new items. As a result, the company has banished markdowns from its main retail stores, applying discounts only through separate off price channels. But this helps to preserve the value of its product over time and encourages consumers to buy right away as opposed to waiting for a sale.

A similar approach is emerging at brands like Calvin Klein and Saint Laurent. The only question is how long it will take for others to catch up.

Inditex first-half profits rise by 9 percent. The fast fashion giant said profits rose to €1.37 billion ($1.63 billion), led by a strong performance from its biggest chain Zara. Despite this, gross margins slipped from 56.8 percent to 56.4 percent due to the increased strength of the euro, which hurt profitability as the majority of sales are in non-euro countries. Inditex predicts stable sales margins for the rest of the year.

SMCP could be worth $2.4 billion in IPO. The French owner of Sandro, Maje and Claudie Pierlot could be valued at 13 to 16 times its earnings before EBITDA. The group, which is majority owned by Chinese textile firm Shandong Ruyi, reported a 20 percent earnings increase to €130 million ($154 million) last year. SMCP filed registration documents with the French authorities on Monday, the first step in IPO listing in Paris.

China’s Septwolves and Fosun reportedly submit bids for Bally. The apparel manufacturer and conglomerate, as well as Japanese firm Itochu Corp., are said to have made offers on the €600 million ($717 million) luxury leather goods company. JAB Holding Co. put Bally up for sale in August, following the $1.2 billion sale of Jimmy Choo in July.

London Fashion Week disrupted by anti-fur protests. For the first time, individual shows, including Burberry and Gareth Pugh, were targeted by activists demanding that the British Fashion Council ban fur at fashion week. Two heavyweight foreigners descended on London Fashion Week this season: Emporio Armani and Tommy Hilfiger. But it was Jonathan Anderson and Simone Rocha who stood out as designers who managed to be both creative and sellable — without selling out.

Jimmy Choo investors approve Michael Kors acquisition. Almost all of the 318 million votes cast at the luxury shoemaker’s general shareholder meeting were in favour of the takeover. Michael Kors agreed to buy Jimmy Choo from JAB Holding Co. for $1.2 billion in July. Last month, the brand reported a near tripling of half-year profits, proving itself a worthwhile acquisition for the US fashion group. 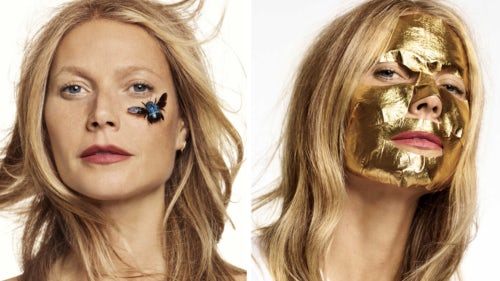 Gwyneth Paltrow unveils Goop’s first print magazine. The Hollywood star and Goop founder appears on the cover of the first issue covered in mud. The quarterly title, published in partnership with Condé Nast, will sell at a steep cover price of $14.99. Paltrow says the print issue will introduce Goop to a different demographic. The content-and-commerce company is growing quickly, with market sources pinning its revenue to at least $45 million in 2017.

L'Oréal heiress Liliane Bettencourt dies at 94. Bettencourt was the world's richest woman with an estimated net worth of $39.5 billion. She was heiress to the beauty and cosmetics company her father founded a century ago as a maker of hair dye. Bettencourt’s death opens a new phase for L'Oréal, altering the relationship it has with key shareholder Nestlé. Bettencourt and her children owned 33 percent of the company.

Co-founders of Want Les Essentiels exit. Byron and Dexter Peart, the twin co-founders of the luxury leather goods label, have sold their stake to Mark and Jacqueline Wiltzer. While the terms of the sale were undisclosed, the deal includes the leather goods brand, the Want wholesale agency and the Want Apothecary retail store group. The brothers plan to move on to alternative projects that are not confined to accessories.

Nike introduces Flyleather. The sportswear giant’s latest “super material” is made with recycled leather fibres melded with a polyester blend. Flyleather’s carbon footprint is 80 percent smaller than traditional leather and needs 90 percent less water to produce. Flyleather forms part of Nike’s goal to reach $50 billion in sales by 2020 as well as halve its environmental impact.