SHANGHAI, China — In welcome news, it seems the coronavirus pandemic has failed to kill off love — or the desire for brands to market to gift-giving lovers.

This week people in China will mark May 20 by celebrating a local version of Valentine’s Day. International brands have gone all in on their holiday campaigns for “520,” so names because the three numbers said aloud in Mandarin sound similar to “I love you.” From Louis Vuitton to Prada, brands are throwing their celebrity ambassadors into the fray while preparing an army of sales associates to push limited edition products designed with romantic gifting in mind.

One of a trio of annual romantic gifting occasions in China, consumers and brands here celebrate love on 520, as well as February 14, with the rest of the world, and on China’s “traditional” equivalent of Valentine’s Day, the Qixi Festival, in August (though the legend on which Qixi is based has been around for centuries, it has only had a resurgence as a commercialised and widely celebrated festival in the last decade). 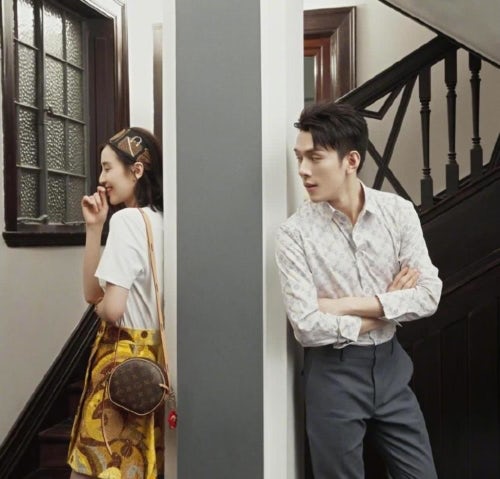 The popularity of 520 has been driven by consumers of China’s post-80s and post-90s generation, digital natives for whom writing the numbers 520 in chat windows became a shorthand way of saying, “I love you.” Couples started gifting one another digital red envelopes, called hongbao, with 520 yuan (the equivalent of about $73) via WeChat wallet, before brands and marketers cottoned onto the opportunity five years ago and ran with it.

In China, the marketing calendar (already crowded before the coronavirus outbreak) has now gone into overdrive with the addition of more government-mandated shopping festivals and the handing out of 19 billion yuan ($2.7 billion) in vouchers designed to stimulate consumption, according to estimates from China’s ministry of commerce.

But questions remain as to how much of this consumers actually want. April retail sales released last week showed a 7.5 percent year-on-year decline, indicating that consumption picked up from March (which saw a fall of 15.8 percent on the year) but is still nowhere near pre-pandemic levels.

Regardless, retailers and governments reliant on consumption for growth seem determined to give it to them.

For international brands who have been comparatively quiet during the peak of the crisis, “it’s about being top of mind for consumers given that consumers are going to be thinking more carefully about who they give their money to.”

As retail sales start making a recovery in China and consumers pivot to spending domestically without the option of shopping overseas, being “top-of-mind” has taken on a new urgency for brands in China. Sales results from the 520 celebration will be watched closely by brand executives as a bellwether for consumer confidence. Which strategies are Chinese consumers more likely to fall for on one of the most romantic — and potentially lucrative — days of the year?

1. One major celebrity drawcard is good but, if you can afford it, the more the merrier.

Xiaoxianrou ("little fresh meat") celebrity Cai Xukun has been credited with bringing significantly more buzz to the Prada brand over the past 12 months. He seems to be the perfect vehicle through which to push a romantic digital campaign with an army of young, female fans highly invested in his every move. Cai released the “mathematics of love” campaign on his Weibo account to his 30 million-strong following, garnering 1.58 million likes.

Romantic holidays also seem to be a perfect occasion to tap into the trend in China for "CP marketing," or couple marketing, in which two celebrities, perhaps romantically involved in real life, or on screen, or in the fan fiction dreams of their followers, appear together. 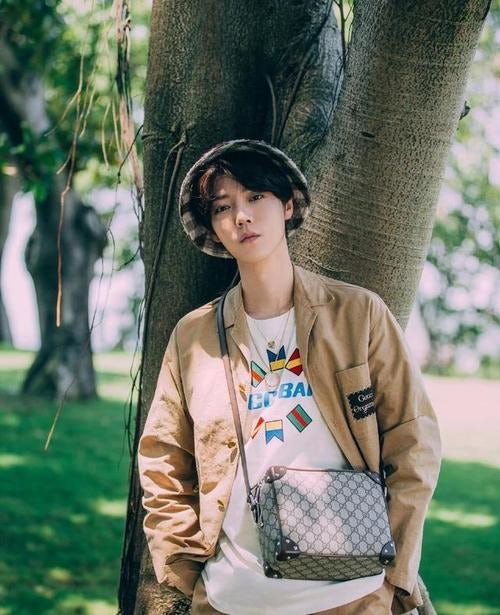 Lu Han is one of the top celebrities tapped to star in Gucci's 520 campaign | Source: Courtesy

By tapping a pair of celebrities in a single campaign, brands can leverage two different (and sometimes divergent) fan groups. One of the most interesting pairs thrown together for a campaign this 520 season is so-called “Lipstick King” livestreamer Li Jiaqi and actress Song Jia for Louis Vuitton. The two stars come from different worlds and are influential in very different ways.

Gucci didn’t hold back with the number of celebrities they tapped for 520 either, with brand ambassadors Chris Lee and Ni Ni, as well as popular idols Lu Han and Song Yanfei all making an appearance.

While it clearly must be expensive, the advantage of this multi-pronged approach is that — if the gamble pays off — it can be tailored to the strengths of the celebrities and to the nuances of different platforms, with slightly altered versions broadcast using varying tones and voices on Weibo, WeChat, Douyin and Xiaohongshu.

2. Big names work well for brand awareness but "thinking small" is the key to conversion.

Though footfall is returning to malls in China’s major cities, people are still eating, shopping and socialising at home more than they did before the outbreak. There are major advantages to releasing big celebrity campaigns on open platforms like Weibo, but a new arsenal of tools rolled out this year gives WeChat’s closed platform the personal touch that disconnected Chinese consumers are craving.

Chinese beauty brand Perfect Diary has been one of the pioneers of the WeChat group marketing strategy, whereby, instead of top-down official brand content, “friends” of the brand who opt in are funnelled and segmented into groups of no more than 500 people. These smaller groups are targeted with messages (multiples times per day; there is not the same limitations as seen for WeChat official accounts) and links to the brand’s mini-program e-commerce site within WeChat where they can directly purchase products.

These groups are well suited for a brand’s sales associates to operate, each one with their own group of customers or VIPs for whom they can make product recommendations, suggest the perfect gifts and show their customers how products look on non-celebrities by posting selfies of themselves to the group and on their WeChat Moments (a newsfeed-like feature).

Of course, this is a risk for luxury brands, for whom controlling brand image is key, but the results so far suggest that empowering sales associates results in converting followers to customers online. WeChat saw a 159 percent boost in transaction volume for fashion mini-programs (brand-powered app-in-apps embedded within its interface) between January and February, when China’s outbreak was at its peak and sales assistants quickly pivoted to digital outreach through livestreaming and other means as customers stayed home.

3. While many Chinese consumers are more worried about money than they were a year ago, gifting remains an exception to the belt-tightening rule.

Even as people are concerned about the slowdown of China’s economy and a raft of joblessness leaves many people more economically vulnerable in China, they will still want to give gifts to their loved ones, and will find it easier to carve out a budget for this, perhaps, than for spending on themselves.

It’s also a way, given how rough this year has been, to celebrate a little bit. I think [520] is going to be a strong day [for sales].

It was a similar story in March, when International Women’s Day, traditionally a major date on China’s retail calendar, saw JD.com report an increase of 97 percent year-on-year in sales of cosmetics and skincare items on March 8, with SK-II, Lancôme, L'Oréal SA, Olay and Pechoin the five best-performing brands.

“People still want to give gifts,” Cavender said. “It’s also a way, given how rough this year has been, to celebrate a little bit. I think [520] is going to be a strong day [for sales].”

Hermès is perhaps the last brand that would come to mind for consumers focused on affordability. The French maker of storied leather goods with sky-high prices is not where one would think to find a bargain, but their outreach to entry-level luxury consumers as part of this year’s 520 has nonetheless struck a nice balance between exclusivity and availability.

They’ve done this by launching a special pop-up mini-program on WeChat for e-commerce sales (the limited time element keeps it exclusive, while the e-commerce element is a concession to increased availability) with a select assortment of products that are perfect for gifting — jewellery and scarves are well-represented in the women’s section, with prices predominantly under 10,000 yuan ($1400), and a lot of options at around 1,500 yuan ($211), a price point not usually associated with Hermès.

There are still consumers who will invest in a Birkin this year, but there are many more who may forego those major luxury purchases in favour of something smaller. Hermès is allowing those people to buy into the dream, craftsmanship and heritage of the brand for this special occasion. Gucci and Prada have also taken this approach with their 520 gift guides on WeChat. Many of the products under 10,000 yuan on both brands’ mini-programs sold out well in advance.

5. There’s no need to get caught up in clever gamification when people are coming to you to shop.

Cleverly gamified social media activations have been a common strategy for brands, including Cartier and Michael Kors, on romantic gifting occasions in China, but according to Digital Luxury Group Managing Director Pablo Mauron, there is no need for playing games when luxury e-commerce has become so integrated into social media. In short, brands can skip cutesy engagement and head straight to sales.

“Gamification was mostly used by brands to generate engagement, now their goal is to sell,” Mauron explained.

“If you have platforms that allow you to seamlessly purchase, it raises the question: ‘do you want people to start playing a game when they can instead be driven to a page where they can buy product in two clicks?’”

Can Money Buy Love? Some Brands Are Betting On It.