South Korean TV shows are providing brands with a much-needed boost and an anchor for Asia marketing strategies as the region recovers faster from Covid-19 than western counterparts.

South Korean TV shows are providing brands with a much-needed boost and an anchor for Asia marketing strategies as the region recovers faster from Covid-19 than western counterparts.

Eight years ago, South Korean hit TV drama My Love from the Star took the world by storm. Lead actress Jun Ji-hyun, whose character was styled in luxury brands from Chanel to Balmain, even famously kindled a global shortage of a YSL’s Rouge Pur Couture lipstick in shade No. 52.

YSL Beauty was but one of many brands to benefit from the show’s widespread success. “[Jun] was carrying one of our iconic bags, the Tempête, in Purple,” said Belgian handbag brand Delvaux’s chief executive Marco Probst. “In only a couple of weeks the Tempête sold out all around the world... that’s the power of successful K-dramas.”

Like other television and film industries around the world, K-drama has benefited from the growing popularity of global streaming giants as Covid-19 restrictions left audiences with few entertainment options apart from watching content from home. K-drama has also prospered from the rise of Korean soft power in other areas such as music, which has seen Celine, Chanel, Dior and Saint Laurent tap Lisa, Jennie, Jisoo and Rosé from Korean girl group Blackpink as ambassadors, while boyband BTS has toured in custom ensembles by Dior’s Kim Jones. 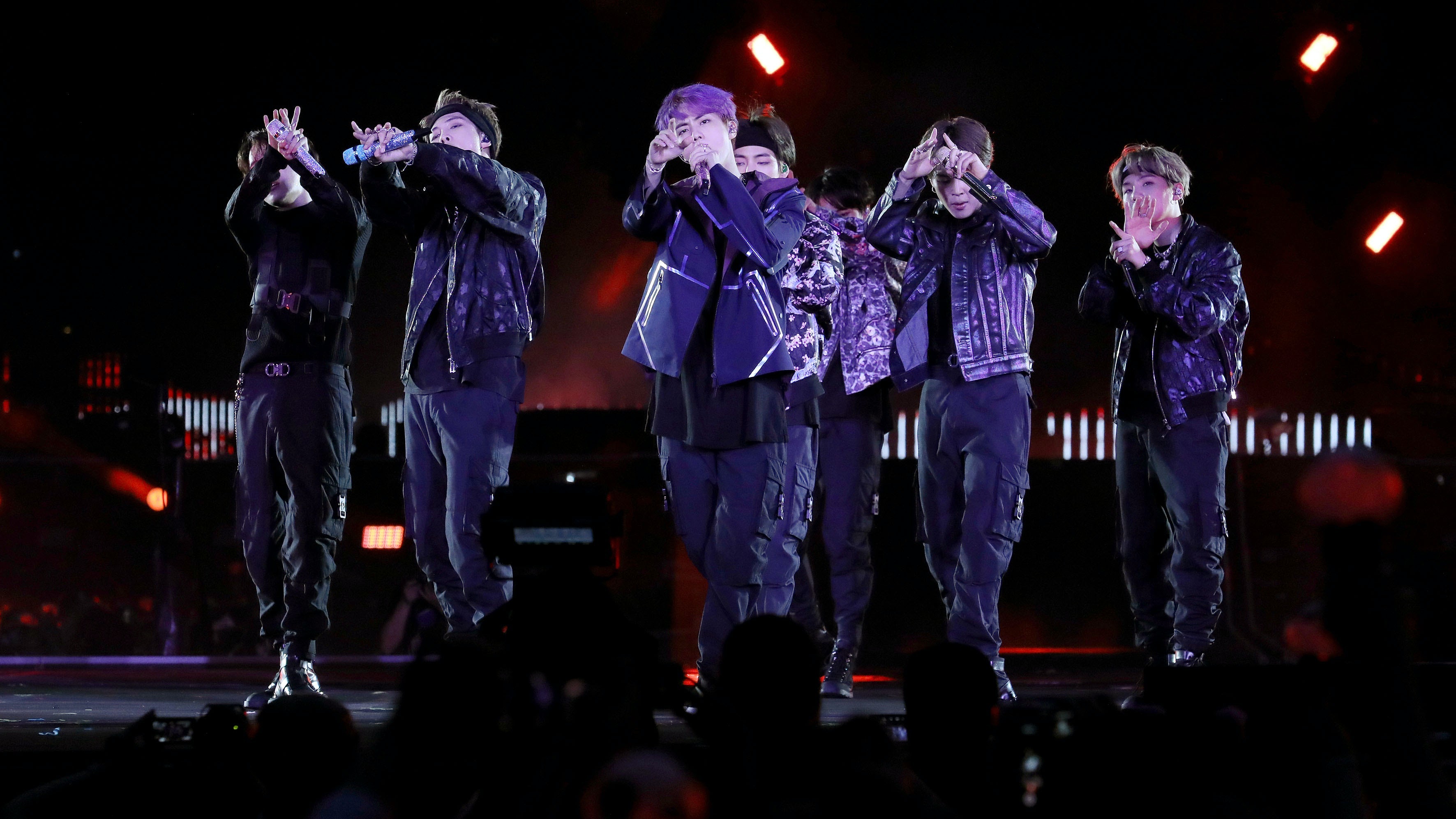 BTS on stage in Dior by Kim Jones. Dior.

In November 2019, Netflix signed two major deals with South Korean production giants Studio Dragon and Jcontentree to bring more than 40 K-dramas to its users until 2022. Since then, hit programmes from mental health-focused It’s Okay to Not Be Okay to zombie period drama Kingdom have gone viral in markets like the Philippines and Hong Kong, becoming a lucrative marketing channel for brands from Hyundai to Subway.

The sucker punch suffered by the luxury industry in the wake of Covid-19, from which Asian countries are recovering faster than their western counterparts, is making K-dramas an even more attractive marketing proposition than ever. From betting on the right show to working with celebrity stylists, brands looking to amp up exposure where it counts should pay attention.

A fast track to Asia

For French accessories label Roger Vivier, K-dramas are an increasingly important way to grow brand awareness not merely in Korea but across the wider Asia-Pacific region, said Stephanie Kim, brand manager for the brand’s Korean arm. Post-pandemic, the brand has yet to resume hosting events in pre-Covid fashion for its customers, meaning endorsements and product placement are now indispensable. “It’s the most important part for our PR in terms of promoting and sales,” she told BoF.

Appearances on popular shows helped drive sales for Roger Vivier throughout 2020, during which Asia made up the majority of its global sales. Netflix in particular played a leading role in its celebrity marketing last year. The brand saw a surge in sales of its crystal-embellished clutch bag after it was spotted on actress Kim Hee-ae in World of the Married: “there were people calling from other regions in Korea asking for such products from our stores in Seoul so they could get ahold of it without having to visit,” said Kim. Helena Lee, buyer at Seoul’s Boon the Shop, noted that Delvaux’s Brilliant bag also sold rapidly across the country after being spotted on the actress.

After Son Ye-jin sported both Tod’s and Roger Vivier (the latter is owned by the Tod’s Group) on Crash Landing on You, Kim’s colleagues from other Asia-Pacific offices received requests for specific items. The sphere of K-drama influence is growing fast. In October, Hollywood actress January Jones posted a photo of herself in a two-tone Bottega Veneta trench coat worn by Son in Crash Landing on You, which she bought as “a memento from [her] fav show of all time.”

When it comes to China, the influence of Korean dramas (and culture in general) is complicated. Four years after the 2016 THAAD missile crisis, which saw China impose an economic and cultural ban on Korean products, tensions appear to be thawing: last November, Chinese foreign minister Wang Yi visited South Korea and expressed a need for stronger ties between the neighbours. Though South Korean films, dramas and performances were ostensibly prohibited for years, China hasn’t been immune to hallyu’s charms; thanks to streaming sites and social media, everything from Korean-inspired hairstyles to “as seen on” fashion looks can still be found on platforms like Xiaohongshu and Weibo.

Keeping key branding and sales personnel informed across regions can help inform brands’ inventory and social media strategies, but tapping into the hype around TV shows to drive sales remains tricky. “It’s hard to get the rights to use the coverage in our own marketing unless the celebrity is our ambassador,” said Kim. Instead, she makes a story out of it by sharing coverage with store managers, who can bring up the fact that a bag was seen on a hit show to clients.

Choosing the right route to the screen

The fight to get brands on Korean shows is getting competitive, said Boon the Shop’s Lee, who is contacted by stylists almost daily for loans. In turn, wardrobe budgets are on the rise.

While there are many ways luxury brands can get their wares on K-dramas, some are costlier than others. As brands will already know from experiences with TV shows elsewhere, the popular and economical route is to build long-term relationships with celebrity stylists, major producers and celebrities and allow stylists to pull products for upcoming shows. Major Korean celebrities usually work with a single stylist for all their television appearances, red carpet moments and editorials, said Kim.

The popular and economical route is to build long-term relationships with celebrity stylists, major producers and celebrities.

Another common tactic is to contractually require Korean ambassadors to sport a certain number of items per drama. Actress and Dior ambassador Suzy Bae, for example, donned a black Lady Dior bag in her recent series Start Up. Certain shows may present fewer opportunities — medical and military dramas, for example — but the parties involved often make it work.

Show sponsorships are another, more expensive route that beauty players from Lancôme to Laneige favour. Few luxury fashion players have gone down this route in the past, according to Kim, but she expects that this will soon change. One of the few that has signed on be a show’s major sponsor is Tiffany & Co., which partnered with both World of the Married and Itaewon Class last year. “Partnerships with both series have had a direct impact on sales, driving year-over-year increases for multiple collections,” a Tiffany spokesperson told BoF.

When it comes to show sponsorships (of which there are often many tiers), some brands choose to reach out to broadcasting studios from their headquarters or via local offices and distributors, said Comma Entertainment’s senior director Alex Shin. However, he recommends companies go through local marketing agencies, which often get discounted prices from broadcasting studios and production companies. 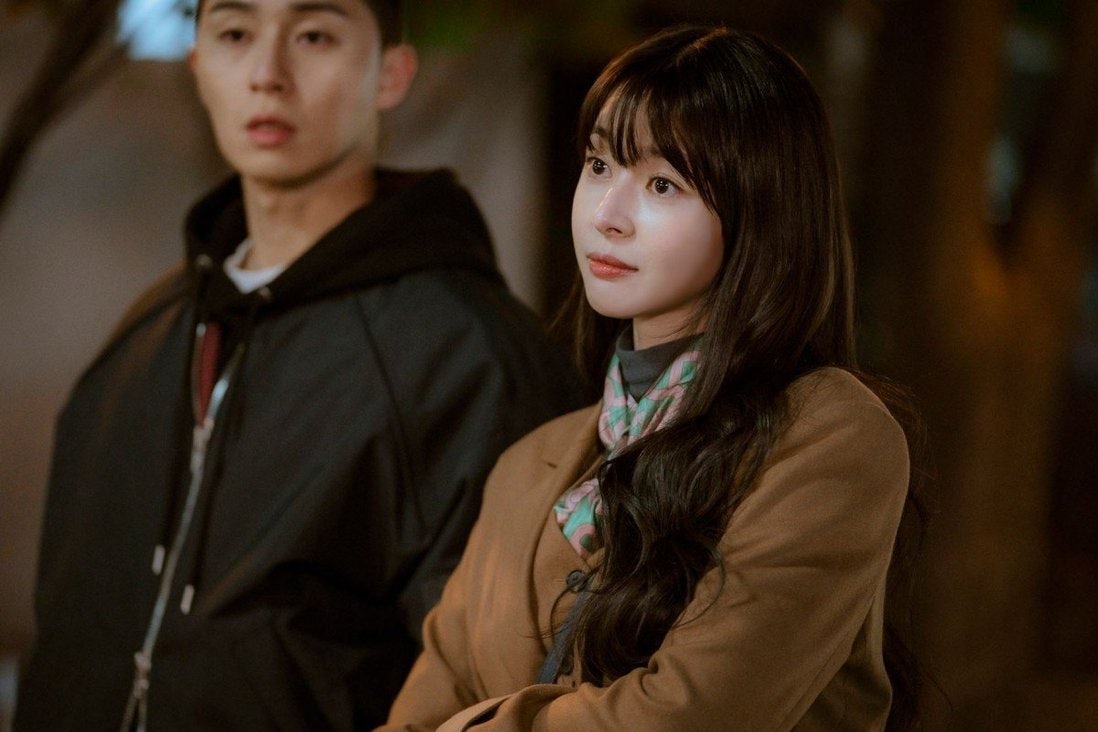 It goes without saying that brands should familiarise themselves with different sponsorship options before choosing one that aligns with their goals and budget. Individual celebrity sponsorships are generally costlier than show sponsorships, which produce a similar short-term effect by placing products on the actors in question, said Shin.

Even if it’s to measure whether a star’s fanbase resonates with a brand’s messaging before diving into an ambassadorship, sponsoring a show they’re in can be a revealing trial run. But testing a celebrity through a drama is complicated by the fact that it is difficult to forecast a drama’s success.

Regardless of strategies employed, celebrity alignment isn’t without its risks and South Korea’s entertainment industry has had its share of mega-scandals that have, in turn, implicated brand partners. The due diligence brands need to undertake in that regard — an exercise informing not only TV appearances but wider social media and advertising relationships — can’t be underestimated.

Betting on the right show

Brands know that there are inherent risks they must bear when betting on any show around the world and South Korea is no different in that regard. “There won’t be a good result if the drama itself fails,” said Shin, who recommends brands and agencies scope out variables from its cast and crew to release date before hedging any bets.

Shin also noted the difficulty in gauging the total number of people watching. A large proportion of views across the world are facilitated by illegal streaming sites, meaning businesses should also take hidden views into account when planning and reviewing their strategy.

If you want to go nationwide and reach out to viewers in their 30s and 40s who actually spend a lot of money, dramas play a more powerful role than social media.

As with any form of marketing, brands need to ensure that their strategies for K-drama deliver good return on investment. For example, careful alignment of a brand’s desired market demographic and a show’s audience can be accomplished by considering its plot and cast, and selecting appropriate items for product placement; trendier, entry level items, for example, would suit a show catering to 20- and 30-somethings. They may opt to cater to younger customers directly on social media through celebrity endorsements while targeting older shoppers, especially those outside cities like Seoul, through Korean dramas.

“If you want to go nationwide and reach out to [viewers in their 30s and 40s] who actually spend a lot of money, dramas play a more powerful role than social media,” said Kim.

Some brands will inevitably be concerned with the kind of character their products are spotted on. While Kim does make an effort to get information about the series’ storyline and characters, things often change in the process — something few brands will be able to avoid. “There are cases when a character [doesn’t ultimately match] the image we want to convey as a brand.”

But as with any celebrity endorsement, which can fall prey to scandals and the like, this is the brand’s cross to bear, Kim added. “It’s something we can’t foresee; It’s very high risk and very high returns.”