Current CEO Lisa Gersh, a former Martha Stewart and Goop executive, is exiting the New York-based label after just one year in the position.

Current CEO Lisa Gersh, a former Martha Stewart and Goop executive, is exiting the New York-based label after just one year in the position.

“I’m grateful to Alexander Wang for the opportunity to work together and I wish the team continued growth and success,” Gersh said in a statement to BoF.

The Oxygen Media co-founder, who did brief stints as chief executive of Goop and Martha Stewart Omnimedia before joining the New York-based fashion label a little over a year ago, was brought in just as the brand began implementing changes to its business model in the hopes of driving more direct-to-consumer sales. (At the time, Gersh replaced Wang, who from 2016 to 2017 served in the dual role of chief executive and designer following a run as creative director of the Kering-owned Balenciaga, which lasted less than three years). 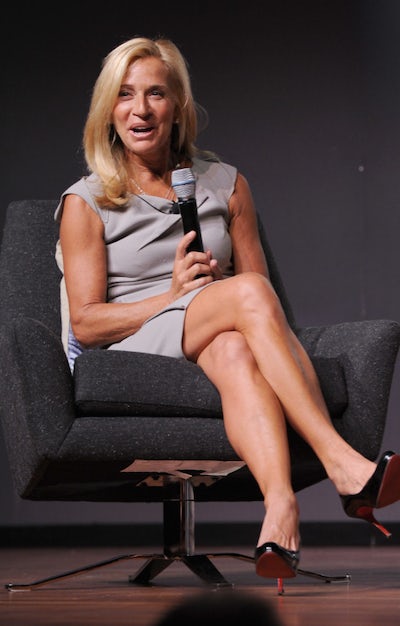 With a focus on fashion-entertainment, Wang adopted a new product delivery cadence — staging major runway shows in June and December instead of September and February — and relaunched the brand’s e-commerce platform with an emphasis on original content. For instance, at his runway show in June, comedian Sandra Bernhardt whizzed around with a video crew as the host of “Wang TV,” which was broadcast on Alexanderwang.com. The label has also made efforts to rally the “Wang Gang,” as the designer’s fans are called, dropping merch-filled capsule collections and partnering with Adidas Originals. Most recently, it collaborated with Uniqlo on a range of undergarments.

As for what’s next, the company said it plans on completing the roll-out of its rebrand and launching a new e-commerce experience, as well as adding new product categories and markets. “Innovation and creativity remain core to the Alexander Wang brand,” Wang said. “Looking ahead, we will continue to push boundaries and challenge the status quo.”

More changes are certainly anticipated as the label fights for relevance in an increasingly competitive retail environment, where the demographic served by Alexander Wang’s “downtown” aesthetic is increasingly likely to covet luxury streetwear brands like Off-White.

Wang will need the expertise of players like Kleine to see it through the company’s next chapter.

In tandem with Gersh’s exit, the company has appointed Stripes Group operating partner Brigitte Kleine to its board. A fashion industry veteran who spent time at Donna Karan, Michael Kors and Alexander McQueen, Kleine was president of Tory Burch for more than a decade, where she saw sales increase to more than $1 billion in 2016.

Alexander Wang will need the expertise of players like Kleine to see it through its next chapter. Over the summer, market reports indicated that the company was raising money — potentially $30 million — in order to open more physical stores. It’s not the first time that investment rumours have swirled around the brand, and the company acknowledged that it is "interested" in having those conversations. Alexander Wang did not disclose current revenue numbers, but annual sales have long been estimated to be in the vicinity of $100 million. The designer’s next show is slated for December 2018.

Alexander Wang Is a Man With a Plan