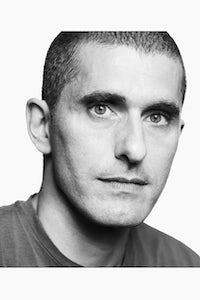 LONDON, United Kingdom —  Do you remember the first piece of designer fashion you ever clapped eyes on? Mine was a dress by Jungle Jap, acquired in London and brought back to Auckland by my college friend Amanda. In early-70s New Zealand, it was talismanic in its exoticism, and its designer Kenzo Takada assumed a shamanic status in the lives of my style-starved teen cohort. Forgive us, we knew not what we did.

But Kenzo lodged in my brainpan. His was a name I followed religiously for years. I knew Jerry Hall and Pat Cleveland and Grace Jones and every other Ittier-than-thou girl of the moment cantered exuberantly down Kenzo’s runways in the 70s, the very antithesis of the regimented march-pasts that pass for fashion shows today. I knew that Iman was a butterfly for him in 1981. I knew that he was a party animal par excellence, a bad boy who gave all those other long-dead fashion bad boys a run for their drugs and money. It was all there in that huge, cheeky smile.

Kenzo is now 80. He just launched a new lifestyle label, at the same time as the brand that bears his name opens a new chapter with a show during Paris Fashion Week in February. It is now designed by Felipe Oliveira Baptista, appointed last July as creative director for Kenzo, which has been owned since 1993 by LVMH.

Baptista came to Kenzo after nine years at Lacoste. Under his tenure, that company became a billion-dollar brand. So it’s safe to assume LVMH has similar expectations for him at Kenzo.

“That’s definitely part of the plan,” Baptista acknowledges. “I’m ok with it. And it’s interesting to work on that. I think something they saw when I did Lacoste was that I was able to detach myself. They know I’m not just looking at Kenzo as a place to do Felipe Oliveira Baptista. I love the idea of working around a legacy.”

Before Lacoste, Baptista designed a "super-niche" couture collection. "But it’s like when you start doing your indie records. You need a hit," he says. "At Lacoste, I had to balance a democratic language and pushing things forward, while staying within the pure, sportswear DNA of the brand. It was very interesting because the creative scope was narrower but the outreach was much wider. I’m looking forward to finding that balance in Kenzo. I love the idea of designing fashion for people to wear, and Kenzo always had that pragmatism. Within all the fun and exuberance, there’s a level of precision and subtlety in the clothes.”

I love the idea of working around a legacy.

Baptista has always excelled at rigorous, pure precision. Even he agrees there was initially an element of incongruity in his appointment. “I’d been approached for other, more precise houses, so Kenzo was not the first designer I’d thought of as compatible. I always liked his character and his vibe but I’d never gone beyond that. So I was more surprised for myself when I was approached. How am I going to tackle this? There are a few other houses where I would do this, this, this. Here, it took me a lot more time. But I do like a bit of a challenge.”

More than a bit. Baptista acknowledges the heritage was a huge challenge because it was so…well, huge. Fifty years worth of rich, decorative legacy. Not just Kenzo himself, but all the designers who’d assumed his mantle since he sold his company, most recently Antonio Marras and the Opening Ceremony duo, Humberto Leon and Carol Lim. “Humberto and Carol got back a beautiful energy that was very contagious,” Baptista says generously. “And Antonio was such a craftsman.”

The way he dealt with this panoply of riches was to create restrictions for himself. “I feel they’re very compatible with creativity. And creating without them makes nonsense. I’ve also given myself more space for accidents. I did that with my own brand, but Lacoste was so pragmatic that there wasn’t much room for mistakes. I don’t know 100 per cent what it is going to look like. Still, I have to have that as a goal.”

The game of musical chairs in fashion houses has been a bugbear of mine for years. There are so many examples of legacies disrespected by inappropriate appointments. Believe me, I’m all for disrespecting legacies, but for God’s sake, try to at least make sure the appointed iconoclast has some talent. What makes Kenzo and Baptista a tantalising proposition is the legend of one, the track record of the other. I really want there to be some fundamental compatibility. So does Baptista.

“We were both born on an island, we both moved to Paris to do fashion, and we share a love of nature,” he muses. “That was my entry point. When I was a kid, I grew up in Lisbon, but I spent three months a year in the Azores, with nature all around. My dad was a pilot so we travelled a lot. I always had one foot elsewhere, but if I had to choose island over city, I know which it would be.”

And Kenzo’s own bio appeals to Baptista’s darkly humorous take on life. “Everyone has a favourite Kenzo story,” he says. “Mine has to be him getting the seasons wrong. He left Japan by boat, arrived in Marseilles, went clubbing straight away, arrived in Paris, didn’t speak French, didn’t realise people showed six months in advance so he showed the wrong season. But the clothes were great so he sold everything. I found that very charming, I burst out laughing when I was told. Those things just don’t happen anymore. When I met Kenzo, he said he felt sorry for fashion designers today, dealing with merchandisers and 300 collections.”

The meeting was over a lunch organised by Kenzo Chief Executive Sylvie Colin. “I would hope to have that energy when I’m 80,” says Baptista. ‘Gentle would be the word I would attach to him, except for that magnetic smile. He asked me a lot of questions, though there was that very Japanese politeness about him. But when we parted, he did say we should meet for dinner and a few drinks.” Shades of the party animal of old, perhaps. We can live in hope.

But I know why Baptista says, "I want to bring him back a bit, at the same time as looking ahead, to create excitement, rather than just marketing and rebranding. I would like us to become more free in how we do things, how we communicate, even in how we approach the logo, deconstructed for all possibilities.” The new Kenzo logo launches today. The Paris tag is conspicuously absent. “Kenzo should be something free and global,” says Baptista. “He told me he had to get away from Japan because it was so strict with all the rules.”

Paris in the 70s and 80s was the exact opposite. The city’s fashion community during that era was legendary for its strong personalities, its bad behaviour, its fallings in and fallings out, and its flaming creativity. Does Baptista see all that as part of Kenzo’s legacy? “What I would love for this to work is that all my friends and a lot of people around me wear the clothes. You know, someone told me Loulou de la Falaise always preferred to wear Kenzo than Yves Saint Laurent. He had the hedonistic, sensual energy of those times. And a lot of his magic comes from what he made happen around him.”

I push Baptista to put Kenzo's magic into words. There is no hesitation: "Optimism, freedom, an infusion of joy at all times." Doesn't that sound like resistance is futile?