How Ralph Lauren and Burberry Are Fighting for Their Future

The two iconic fashion brands are shifting their strategies in the face of setbacks. Will it be enough?

How Ralph Lauren and Burberry Are Fighting for Their Future

The two iconic fashion brands are shifting their strategies in the face of setbacks. Will it be enough?

While things are by no means back to normal, the world’s three largest economies — China, Europe and the US — are on a synchronised upswing and many of the luxury sector’s leading companies are set to post strong first-quarter results. Yet on both sides of the Atlantic, two iconic megabrands are struggling.

This week, long-suffering American fashion house Ralph Lauren shocked industry observers when it announced it would close its two-year-old Polo flagship on New York’s Fifth Avenue and cut more jobs in a shake-up designed to deliver $140 million in annual savings by streamlining the organisation and its real estate portfolio. The news comes only two months after the abrupt announcement that Ralph Lauren chief executive Stefan Larsson would exit the business on May 1st, following disagreements over strategy with founder, executive chairman and chief creative officer Mr. Ralph Lauren. Last year, Larsson announced a round of severe cuts worth $180 million to $220 million per year on top of existing plans to reduce costs by $125 million. But now the company is cutting back even further.

As part of its latest move, Ralph Lauren is doubling down on its e-commerce business and moving its digital operations to a platform run by Salesforce Commerce Cloud instead of taking the time to develop its own global e-commerce platform as previously planned. Indeed, the company has realised it needs to accelerate its digital strategy, but will another round of cost-cutting and further digital investment be enough to reverse its decline?

Meanwhile, across the Atlantic, another iconic mega-brand is reversing course on key elements of its strategy. Burberry’s stock price is currently riding high after the UK’s “Brexit” referendum sent the pound plummeting, boosting tourist spending in the company’s home market and helping to offset declines in its Asia business. But earlier this year, the British brand changed course on its high-risk experiment to give Christopher Bailey the dual role of chief executive and chief creative officer, appointing ex-Céline chief Marco Gobbetti as the company’s new CEO and moving Bailey into the role of president and chief creative officer.

Now, in another major strategic shift, the company has backtracked on its decision to end its partnership with Interparfums and take its beauty business in-house. Burberry took full control of the category in April 2013. “It’s incredibly comprehensive and radical in its approach,” Burberry’s then-chief operating officer John Smith said at the time. “Our vision is to be a top 10 player in luxury fragrance.” But on Monday, the company announced its retreat to a more conventional model, entering into a licensing agreement with respected beauty behemoth Coty as part of a wider strategic review of the Burberry business, aimed at improving operations and delivering £100 million in cost savings by the end of fiscal 2019.

No doubt, the move makes sense. Many never saw Burberry as a credible player in the beauty business, where it lacked experience as well as the scale to compete with the giants of the industry in terms of distribution, commercial terms and operating costs. The decision to forge a partnership with Coty will allow Burberry to return to the certainty of a guaranteed, easy revenue stream, not to mention save the sizable overhead associated with the company’s in-house beauty team.

But are cost-cutting initiatives and operational shifts really going to be enough to bolster Ralph Lauren and Burberry?

Both of these powerful brands are smart to focus on the digital opportunity and experiment with “see now, buy now.” But to genuinely turn things around they will need to focus on the top-line, rethink their creative strategies and generate the kind of desire that gets consumers to want to buy in the first place.

The impact of a winning creative strategy has been demonstrated at European houses like Gucci, Saint Laurent, Céline — and now Balenciaga. And while the designer merry-go-round sometimes moves too quickly these days before a new creative strategy has a chance to bed in, it's an equally dangerous proposition for a fashion brand when the merry-go-round doesn’t move at all.

Hudson’s Bay shares soar. Shares of the Canadian retailer reach a 16-month high after it indicated it may make its real estate assets public, as it faces declining sales at its retail businesses. An IPO for its real estate investment trust has been a long-time goal of chairman Richard Baker, whose strategy has been to unlock retailer business’ real estate value in the face of consumers' shift away from department stores in favour of online shopping.

Jed Root closes doors. The top artist management agency has shuttered after 28 years of business, amidst internal reports of unpaid debts and mismanagement by Swiss investment firm RPRT, which acquired the namesake agency in 2015. The abrupt closure, which saw the company’s employees in New York and Los Angeles suddenly fired last Friday, has left scores of artists and agents struggling to secure unpaid fees and salaries.

Monique Lhuillier aligns with Paris haute couture schedule. Joining a growing cohort of ready-to-wear brands showing during haute couture week including Rodarte and Vetements, the designer will present her Spring 2018 collection and resort collection simultaneously in Paris this July. Lhuillier hopes that the move will help increase her global exposure, as well as tap the lucrative sales period for pre-collections, when buyers spend about 80 percent of their budgets.

Payless files for bankruptcy. The discount footwear retailer is the latest US retailer to be dragged under by declining brick-and-mortar retail traffic, announcing it had filed for bankruptcy protection on Tuesday. Payless, which has 4,400 stores across more than 30 countries, will also close 400 underperforming stores in the US and Puerto Rico. Going forward, the company will “aggressively manage” remaining real estate assets, while investing in international markets such as Latin America. 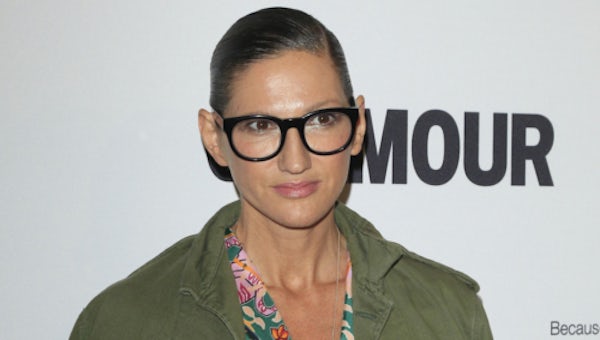 Jenna Lyons exits J.Crew. The retailer’s longtime creative mastermind is departing after 26 years, with current head of womenswear Somsack Sikhounmuong taking over her design duties. Lyons’ candy-coloured, preppy designs helped transform J.Crew into a cultural phenomenon, shaping the way an entire generation of Americans dressed. Recently, however, the retailer has been squeezed by discount culture, the casualisation of dress and the rise of fast-fashion. The announcement is expected to be the first in a series of strategic changes.

Coach names Joshua Schulman brand president and CEO. In the newly created role, the former Bergdorf Goodman president will be responsible for all aspects of the brand globally, reporting to Victor Luis, CEO of Coach Inc. The appointment is part of a wider move from Coach to focus on its long-term goal of diversifying its brand portfolio and position itself as a luxury goods group, and will help elevate Luis’ role as head of the group.

Massimo Giorgetti departs Emilio Pucci. The Italian designer is leaving his position as creative director of the LVMH-owned fashion house to focus on the growth of his own contemporary label, MSGM. Hailed as one of the most promising young designers to come out of Milan, Giorgetti was appointed to Emilio Pucci in March 2015, succeeding Peter Dundas.

Lucie and Luke Meier join Jil Sander. The married design duo have been named co-creative directors of the Milan-based fashion house, succeeding Rodolfo Paglialunga and confirming months of speculation. Lucie Meier previously led Dior, in partnership with Serge Reffieux, following the departure of Raf Simons until the arrival of Maria Grazia Chiuri. Her husband, Luke Meier, is creative director of streetwear brand OAMC. This marks the first time the couple have worked together, and they will make their debut for the brand with pre-collections in June.

Justin O’Shea launches own brand. Following his departure from Brioni in October 2016, O’Shea is launching his own self-funded menswear brand SSS World Corp, which will debut in Paris in June. O’Shea, who has no formal design training, built a reputation as global fashion director of MyTheresa. His label will blend a streetwear aesthetic with luxury sensibilities, and will have advice and production support from Berlin-based magazine and clothing line 032c.

Hanya Yanagihara appointed editor of T Magazine. The New York Times has named the best-selling author of “A Little Life” as editor of its luxury style supplement, ending four months of speculation as to who would replace Deborah Needleman. An unconventional choice, Yanagihara previously held the position of deputy editor at the magazine before leaving in April 2016. According to sources, the appointment has been welcomed by staff, amongst whom Yanagihara is well-liked and respected. Elsewhere at the paper, New York Times Styles editor Stuart Emmrich will depart the lifestyle section after seven years at its helm.

Mother of Pearl and Palmer Harding win 2017 BFC/Vogue Fashion Fund. For the first time, the BFC has honoured two labels, deciding to “spread the benefit” of the £200,000 prize. This year’s prize money was “earmarked” in an effort to promote smarter investments from winning designers.

Asos boosted by weak pound. The British fashion e-tailer has raised its full-year sales forecast by 5 percentage points, supported by foreign customers making the most of cheaper post-Brexit prices. Although the declining pound has hurt retailers that import goods into the UK, it has lifted Asos, which generates over 60 percent of sales from overseas customers and saw international sales up 54 percent, after investing in lowering prices for international consumers.