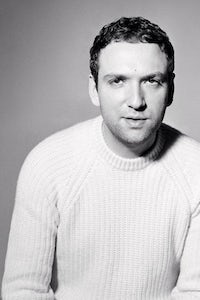 Sialelli joins the brand from Loewe, where he worked under Jonathan Anderson as menswear design director. Previously, he held design roles at Paco Rabanne and Balenciaga, working under both Nicolas Ghesquière and Alexander Wang.

“His singular and very personal vision, his audacity, his culture, his energy and ability to build a strong creative team convinced us," said Jean-Philippe Hecquet, Lanvin's chief executive officer in a statement.

“We are excited to see the dynamism that will be brought to this great house through the complementary combination of Bruno’s creative talent with Jean-Philippe’s energetic and singular corporate direction," added Joann Cheng, chairman of Fosun Fashion Group, which acquired Lanvin last February.

Sialelli fills the spot left vacant by Olivier Lapidus, who exited in March, less than a year after his appointment. His departure came a month after the acquisition by the Chinese conglomerate, which provided a much-needed injection of cash for the brand that has been struggling financially as a result of slumping sales after longtime creative director Alber Elbaz was pushed out by Taiwanese businesswoman Shaw-Lan Wang, the house’s previous owner, in 2015.

At its peak in 2012, Lanvin boasted revenues of €235 million. But following Elbaz's departure, the label became unprofitable for the first time in a decade in 2016 when it lost €18.3 million. In 2017, losses are said to have increased to €27 million.

Elbaz was initially succeeded by Bouchra Jarrar in 2016. However, Jarrar exited the company after just 16 months in the role. One week after her departure, Lapidus was appointed her successor to oversee womenswear. Lucas Ossendrijver, who has overseen Lanvin's menswear for 14 years, also left last November.

Can Anyone Save Lanvin Now?