PARIS, France — Anyone who has poked their head in a European luxury boutique in recent years knows that €500 won’t usually get you far. But as Europe’s coronavirus lockdowns lift and its affluent residents race to the sea, visitors to Loewe’s pop-up stores in Saint Tropez and Ibiza might be surprised to see that the former saddle-maker, long positioned as a Spanish answer to Hermès, is selling several handbags below that threshold, with some models as low as €340 ($387).

To be sure, these small totes from Loewe’s “Paula’s Ibiza” collection are made of woven palm leaves rather than the house’s famous leathers, but they’ve got calfskin details and a logo to boot. It may be a luxury-level price tag for a grass basket, but it’s a far cry from the €2,350 sticker-price on Loewe’s flagship Puzzle bags, which have been a staple of Artistic Director Jonathan Anderson’s reinvention of the LVMH-owned house.

Now in its fourth season, the laid-back vacation-wear collaboration between Loewe and the legendary 1970s Ibiza label Paula’s has grown from a tiny capsule collection into a diversified offer complete with sunglasses, ready-to-wear and even its own perfume.

Anderson said he’s been “rethinking the way you build a brand.” In his eighth year at the creative helm of Loewe, the summery line has become a way to balance budget and aesthetics, without undermining the house’s high-end positioning and focus on craft. 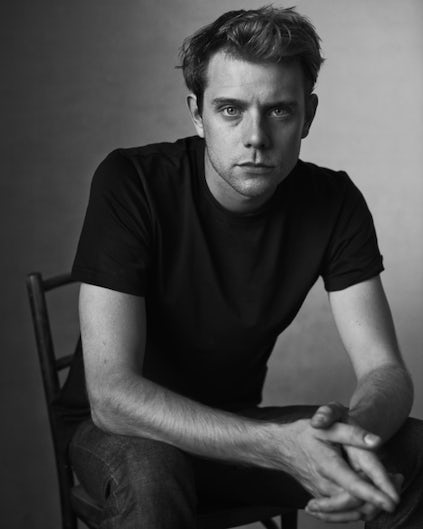 At first glance, the Paula’s Ibiza line-up of tie-dye sweatshirts may appear to be a de-facto “second line” alongside €9,500 gowns from Loewe’s runway offer, but Anderson said a more accessible positioning was the organic result of wanting to capture a laid-back summer spirit with more casual products and natural materials.

“I don’t see Paula’s Ibiza as being a secondary product to Loewe at all. I think it complements the brand,” the 35-year-old Irish designer said in a phone call last week. “It’s about addressing an aesthetic niche that was missing, dressing for that summer vibe.”

You won't hear LVMH calling the line diffusion--but by ramping up the house's offer at entry-level prices each summer, Paula's is serving a somewhat similar purpose by broadening the appeal of what could have been considered, until recently, a very niche house.

As the project struck a chord with consumers and retailers like MatchesFashion, Loewe acquired Paula’s Ibiza’s trademark and archives from its founders for an undisclosed sum last year, so that Anderson can keep building out the line as a brand within a brand.

Even as coronavirus travel restrictions shuttered stores (and rendered vacation-wear an improbable proposition), the line “exceeded expectations” via e-commerce, Loewe said. MatchesFashion also said the line was performing well, with a handful of items awaiting a restock. It seems that even when customers can’t live out their escapist, hedonistic island fantasies, they may still want to act them out through their wardrobes.

While Loewe’s owner LVMH doesn’t report sales for individual labels, the group’s Chairman Bernard Arnault called out Anderson’s turnaround of the house during his annual results presentation earlier this year, saying the brand had a “remarkable growth rate.” While the house is dwarfed by multi-billion-euro stablemates like Louis Vuitton and Dior, Loewe’s success has been a welcome bright spot among LVMH’s long tail of smaller labels. Analyst estimates of Loewe’s revenues varied, ranging from €250 million to €500 million in 2019.

“We really believe in this brand,” LVMH fashion group President Sidney Toledano said. “We’re opening new stores at a time when others are closing.” 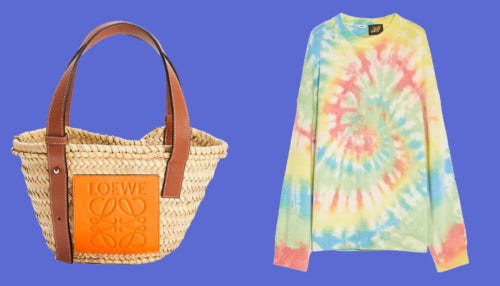 As Loewe expands from selling in handbag corners at third-party retailers to growing its own network of boutiques (the label opened a new location in Munich this week), more accessible lines like Paula’s are helping the house to broaden its reach beyond luxury leather goods. “The goal has not been to make the brand exclusive, per se,” Toledano said. “If you just need the right dress to go to the beach, we can provide that.”

“They seem to be working to broaden their appeal, and recruit new consumers,” Bernstein analyst Luca Solca said. “With new middle-class shoppers coming into the market, particularly from China, accessible luxuries have been growing.”

Anderson first reached out to the founders of Paula’s to collaborate on a capsule collection in 2017. He remembered the brand from trips to the island as a child and wanted to tap into this inspiration as a recurring theme at Loewe.

Sub-brands like D&G, DKNY, Marc by Marc Jacobs and Burberry Brit have all been phased out in recent years as most luxury labels decided that a unified voice was essential to communicating online. These lines helped brands cash in on catwalk creativity with a broader segment of shoppers, but comparisons between main lines and their cheaper, less-focused offspring were often unflattering to both. As the second lines grew their own parallel cost structures, complete with separate supply chains and distribution networks, brand managers found it harder and harder to steer the ship.

“I think with diffusion a lot of brands diluted their message too much,” added Anderson. “There can be a big risk that the narratives become blurry.”

Anderson is doing things differently. Rather than expanding directly down-market — offering simpler, cheaper versions of the main line — Paula’s Ibiza is demarcated by its fiercely cheerful aesthetic, with neon tie-dyes, giant smileys and bold vintage prints. High-end items are peppered into the line, like a 1,200 oversized cashmere pullover, helping to elevate the concept.  He’s also limited Paula’s to selling for the summer months, true to its Balearic vacation inspiration. Don’t expect to see a Paula’s Ibiza winter parka anytime soon.

Luxury brands like Loewe or its larger Kering-owned Italian rival Bottega Veneta, which trade in discreet appeal, still have to reach a certain scale to remain profitable. It requires a delicate balance to reach new consumers without losing appeal amongst connoisseurs.

Pushing volumes at entry-level price points can be particularly treacherous and the ubiquitous baseball caps and graphic T-shirts of yesteryear can often haunt luxury labels, holding them back from retooling their aesthetic when sales cool.

“When brands start trying to be everything to everyone, that’s when it becomes uncool,” said Damien Paul, head menswear buyer at MatchesFashion. “[With Paula’s Ibiza] I think there’s a good balance between taking a new direction to bring in a new customer, and still maintaining the same brand DNA.”

Another advantage to Loewe’s “brand within a brand” is its ultralight footprint. With no separate cost structure of its own, and distribution controlled as strictly as the main line’s, Paula’s Ibiza doesn’t weigh heavily on the company and could be pared back or retooled easily if it did end up denting the Loewe’s luxe image or cannibalising main line sales.

In that way, Paula’s Ibiza is less reminiscent of the second lines of yesteryear and shares some similarities to the ephemeral sub-brands at Moncler, which shifted to collaborating with a rotating cast of as many as 8 designers in 2018 as part of its “Genius” strategy aimed at offering shoppers newness at the speed of Instagram.

“Things are changing at breakneck speed, we have to be challenging how brands are built up, if not they’ll become very stale,” Anderson said.

LVMH's Q1 Results: What You Need to Know