PARIS, France — Vuitton has the Neverfull. Michael Kors has the Jet Set Travel. And Longchamp has Le Pliage.

Longchamp’s signature nylon folded tote is ubiquitous — the French brand reportedly sells 11 of its Le Pliage designs every minute. But in today’s luxury market, a bestselling bag may no longer be enough to stay competitive.

Here’s what Longchamp is up against: bigger brands like Louis Vuitton and Saint Laurent are owned by conglomerates, led by French giants LVMH and Kering, which can marshal vast resources on everything from marketing to manufacturing to expansion into fast-growing markets like China. This week saw a new chapter in the industry’s consolidation, with Michael Kors acquiring Versace for $1.2 billion and renaming itself Capri Holdings. It’s racing with US rival Tapestry — owner of Coach, Kate Spade and Stuart Weitzman — to build an American luxury concern in the LVMH model. Meanwhile, Chinese groups Fosun International and Shandong Ruyi are bolstering their luxury fashion portfolios by acquiring European brands like Lanvin and Bally.

To compete, independent luxury houses like Longchamp are expanding their overseas retail footprints and introducing new lines. But as more of their peers throw in the towel and sell to bigger groups, it raises the question: is it enough?

“It’s difficult, it’s a fight,” said Jean Cassegrain, chief executive of Longchamp. “We need to grow because we need to scale to be able to finance everything you need to do to exist nowadays as a brand, and the bar is raising every day... We’ve succeeded in becoming truly international, but now it’s not enough. We are still probably half the size of some of our competitors, and a tenth of the size of some others.” 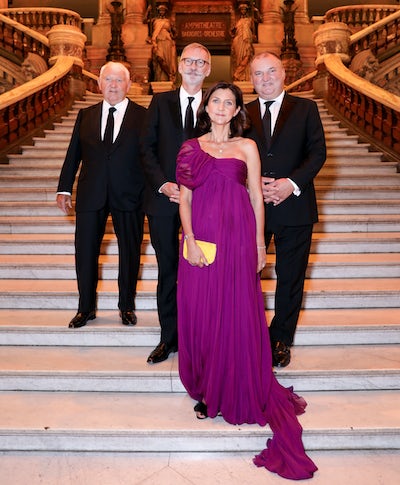 Cassegrain and family — which includes his father Phillipe Cassegrain, president, sister Sophie Delafontaine, artistic director, and brother Olivier Cassegrain, managing director of US retail — have spent the past two decades transforming the heritage brand founded in 1948 into an international accessories business, procuring healthy returns amid a luxury landscape in flux. The company does not release financial information, however, Deloitte estimates the company netted $612 million in sales in the year ending June 2017, down 2.3 percent from the previous year.

By comparison, Tapestry-owned Coach, which also sits within the affordable luxury segment, netted $4.22 billion in sales for the fiscal year ending July 2017, while Michael Kors hit $4.5 billion for the year ending April 2017.

The plan of attack for fuelling growth is three-fold: double down on the US and China markets while amplifying the brand’s fashion offering.

America is one of Longchamp’s largest markets, second only to its native France. But the brand sees growth potential in the region. Wholesale relationships with departments stores, including Nordstrom, Neiman Marcus and Bloomingdales, have long been central to Longchamp’s US sales. However, with the traditional American department store model suffering from an oversaturated market, where the rise of e-commerce has given way to declining foot traffic, it’s smart that Longchamp is attempting to boost brand recognition and direct sales in the region. Already this year, it has opened flagships in New York and Los Angeles and enlisted Kendall Jenner, who boasts nearly 100 million followers on Instagram, to be the new face of the brand.

At Bloomingdales, Longchamp is “probably one of our biggest businesses, and business continues to be good,” said Erica Russo, the department store’s vice president of fashion direction for accessories and beauty. She attributed the brand’s success to its evergreen product that has a cross-generation appeal. “We’re seeing mother, daughter, granddaughter [buying it]. It really serves a purpose for lots of different women.”

Belonging to a larger group is not a magic recipe that is going to guarantee success.

In addition, the brand is targeting Chinese consumers, who are behind only the French as a customer base. Tourism drives much of these sales, but Longchamp also sells on WeChat, and plans to launch its own e-commerce platform in the region next year.

Longchamp also held its debut fashion show during New York Fashion Week earlier this month, part of an effort to promote the brand’s ready-to-wear offering. The line, which launched in 2006, is still a small part of the business, only available for purchase in a limited number of stores and on the Longchamp website. It’s produced solely in France and Italy, with prices reaching as high as €2,000 to €3,000 for a coat (while Le Pliage starts at €75 for the nylon style, most leather bags sit in the €500 to €700 range, and some lines can reach upward of €1,600). 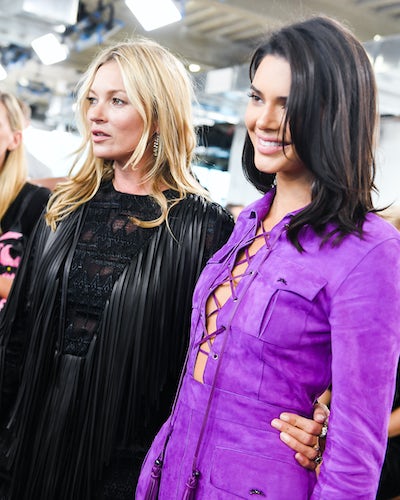 The show was a fashion spectacle comparable to a Michael Kors or Coach affair. Held on a top floor of a downtown skyscraper with sweeping Manhattan views, big-name models like Kaia Gerber and Mica Argañaraz paraded the brand’s ready-to-wear collection before a starry front row, which counted Kate Moss, Priyanka Chopra and Kendall Jenner among them.

Longchamp’s fashion play is actually designed to drive more sales to its core accessories business. “Our vision is that to sell bags today, you need to be part of the fashion world,” Cassegrain explained, pointing out that many luxury brands are placing a lot of emphasis on ready-to-wear, but accessories and bags are what is fuelling growth. “Fashion really helps to create the identity of the Longchamp woman and it helps to create the desire, the excitement.”

In a fashion world where mega-brands like Gucci drive the conversation, a unified brand identity with strong fashion vision is necessary to stand out from the crowd. It also provides a way to better engage with the consumer. But it’s arguably easier for a brand housed in a resource-rich conglomerate to execute such a strategy.

The company makes for an attractive M&A target, said Mario Ortelli, managing partner of luxury advisors Ortelli & Co. “Longchamp is in a very interesting market segment, because it’s in this affordable luxury segment, but with a strong heritage in leather goods. Given its motioning, the brand has a great opportunity for development,” he explained.

But the Cassegrain family have no interest in selling the business — at least for now.

“Our intention is to keep the company private and family [owned]. We like it this way, it’s a personal family decision,” Jean Cassegrain said.

“Belonging to a larger group is not a magic recipe that is going to guarantee success… it’s not because you have access to more or less unlimited financial resources that you’re going to succeed,” he continued. “You also need to be right: to carry the right message to your customer, to carry the right product.”

Le Pliage, he believes, will continue to be that product.

Disclosure: Tamison O'Connor travelled to Paris as a guest of Longchamp.

Longchamp to Invest in China to Revive Sales