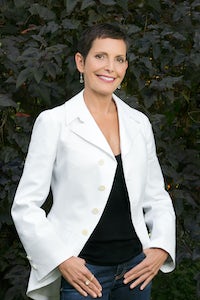 LONDON, United Kingdom — MatchesFashion has appointed Maureen Chiquet, the former chief executive of Chanel, to its board of directors as non-executive director. Trevor Mather, chief executive of Autotrader, an automobile business, will also join the board.

Since leaving Chanel in January 2016, the executive has kept out of the spotlight. In 2017 Chiquet authored a book on female leadership titled “Beyond the Label: Women, Leadership, and Success on Our Own Terms,” and held speaker engagements.

Chiquet joined Chanel in 2003 as chief operating officer and president of US operations, and became global chief executive in 2007. Throughout her nine-year tenure, she maintained brand exclusivity while strategically navigating the social media and influencer landscape as well as the rise of the grey market and product knockoffs that could lower brand cachet. In 2015, Chanel, which reported a 38 percent rise in profit for the fiscal year, harmonised its international prices and announced its first foray into e-commerce (although it still has no plans to sell key categories like ready-to-wear and handbags online).

During Chiquet’s tenure, the brand’s resort shows took a step further from five-star accommodations and travel, to offering multi-million-dollar experiences around the world.

Chiquet’s skills in luxury will serve MatchesFashion well as it continues competing in the crowded luxury landscape.

The executive also introduced a new leadership style at Chanel, called the “active” and “conscious” leadership journey. She put an emphasis on integrating feminine leadership into existing structures and tapped into the importance of company culture.

While her appointment at Chanel initially raised eyebrows due to her lack of experience in luxury — she previously worked for mass-market retailer Gap and Old Navy, which she transformed into a $5 billion business — she is widely cited as helping to modernise the French house and increase its Gen-Z appeal.

The executive departed Chanel in January 2016 for what was publicly called “differences of opinion about the strategic direction,” and her next move has been widely anticipated, particularly for being one of the few women leading a luxury brand.

Chiquet’s skills in consolidating a luxury house in the digital era, as well as growing a mass-market label, will serve MatchesFashion well as it continues competing in the crowded luxury landscape.

The luxury e-commerce player, which reported £293 million ($394 million) in revenue for the 2017 fiscal year, up by 44 percent from the previous year, is facing stiff competition from sector leader Net-a-Porter and marketplace player Farfetch. Apax Partners acquired a majority stake in MatchesFashion last year, in a deal that reportedly valued the company at more than $1 billion.

In a bid to differentiate, Matches has made a foray into physical retail with Carlos Place, a five-storey townhouse in London with a “creative hub” that includes bi-monthly brand takeovers and events that are broadcast to online audiences. Still, the company’s e-commerce site generates 95 percent of the company’s revenue — with 85 percent of that coming from outside the UK.