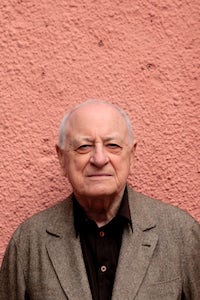 PARIS, France — French businessman and art patron Pierre Bergé, who co-founded the Yves Saint Laurent fashion house in 1961, has died at age 86 at his country home in St-Rémy-de-Provence, in southern France, following a long illness, his foundation said on Friday.

Bergé was the life and business partner of Yves Saint Laurent, who died in 2008 at the age of 71. Bergé and Saint Laurent married in a civil ceremony in the final year of Saint Laurent’s life. Bergé since remarried to gardener Madison Cox.

Both leaders of France's major luxury conglomerates paid homage to Bergé on Friday. François-Henri Pinault, chairman and chief executive of Kering, said in a statement: "It is with great emotion that I learn of the death of Pierre Bergé, a person integral to the history of the House of Yves Saint Laurent. I will always remember him as a man instilled with a fertile tension between avant-gardism and the will to work relentlessly to inscribe creation in history. From the outset, he wished to preserve all the archives of Yves Saint Laurent’s work; an inestimable patrimony that will soon be made available for the public the world over to see in exceptional museums. This man who has just left us was a great cultural figure, and a man with convictions he fought tirelessly to uphold. Pierre Bergé was at the same time a visionary precursor, a great patron, a creative and passionate businessman and a defender of noble and universal causes. He was a tireless patron of young creation, notably through the Andam Association (Association Nationale des Arts de la Mode) he had created — he was also a generous patron of heritage. A man I deeply respect."

Bernard Arnault, chairman and chief executive of LVMH said in a statement: "I am deeply saddened by Pierre Bergé’s passing away. His vast cultural knowledge and refined taste made him a great pioneer. He made a considerable contribution to France’s spotlight in the world, both by the Maison that he founded and directed, as well as the cultural institutions that he presided."

Bergé was born on the Île d’Oléron in 1930. The son of a schoolteacher and a civil servant, he took an early interest in literature and moved to Paris in 1948 where he became a book dealer specialising in first editions. He socialised with writers including Pierre Mac Orlan, Jean Cocteau (over whose work he owned rights), Louis Aragon, Albert Camus, Jean-Paul Sartre, and André Breton. In 1950 he met the painter Bernard Buffet and they became lovers, with Bergé guiding Buffet’s career over the next eight years.

In 1958, he met Yves Saint Laurent, who was then the head designer at Christian Dior following Dior’s death in 1957. When Saint Laurent was dismissed from the house and conscripted for military service, Bergé helped stage his return with the Yves Saint Laurent haute couture house in 1961. Bergé would manage it until 2002.

In 1973 he was elected president of the Chambre Syndicale du Prêt-à-Porter des Couturiers et des Créateurs de Mode. In 1986 he created the Institut Français de la Mode, which provides education related to the fashion and textile industries. He continued to preside over this institution until his death. Bergé was also the founding president of the Fondation Pierre Bergé - Yves Saint Laurent, which was recognised as a national institution in 2002 and works to conserve Saint Laurent’s body of work, organise exhibitions, and support cultural and educational activities.

In the 1960s, Bergé expanded Saint Laurent’s business operations from haute couture — which Brigitte Bardot famously quipped was “for the grannies” in 1958 — into the far more profitable ready-to-wear market; he established Saint Laurent Rive Gauche boutiques in Paris, New York and other cities across the globe. The off-the-rack practicality of Saint Laurent’s youth- and art-inspired designs lent itself to the modern woman’s lifestyle.

When the haute couture operations were struggling to stay afloat, Bergé sold the ready-to-wear division to the Squibb Corporation in 1971, only to buy it back two years later. In 1986 he sold 25 percent of the Saint Laurent business to Italian entrepreneur Carlo de Benedetti and used the money to purchase Charles of the Ritz, which owned a number of designer perfumes, including several Saint Laurent fragrances like the best-selling Opium and Rive Gauche.

He said in an interview that while the house was created in 1962, it only started becoming profitable in 1977. “It works but within the narrow limits of haute couture,” he told Grazia France last month. “We were at the beginning of the '60s and already the couture was at the end of the race, we knew that it was doomed to disappear.”

In 1989 Bergé oversaw the listing of Yves Saint Laurent Groupe on the Paris Bourse. It was a successful move and trading had to be halted during the first two days due to the large amount of buy offers for each of the 400,000 shares initially put up for sale. By 1990 the YSL Groupe was making $500 million in annual sales.

After profits and share prices plunged during the next few years, Bergé arranged a deal for himself and Saint Laurent in 1993 by selling the YSL Groupe for $655 million to Elf Sanofi S.A., the French pharmaceutical giant, which also owned Roger & Gallet and the perfume licences for Van Cleef & Arpels, Oscar de la Renta, Fendi and Krizia.

In 1999, Sanofi sold Yves Saint Laurent Groupe to Gucci, which was under the ownership and control of Domenico de Sole, then Gucci's president and chief executive officer, and Tom Ford, then Gucci's creative director. The sale coincided with the acquisition of 42 percent stake in the Gucci Group by Pinault-Printemps-Redoute’ (now Kering) for $3 billion. Although Bergé was believed to be unsupportive of Tom Ford — who took over from Saint Laurent as creative director in 1999 — he was complimentary towards Hedi Slimane, who was creative director from 2012 to 2016.

As well as fashion, Bergé was active in media, cultural and political circles, and has been a prominent patron of AIDS research since the late 1980s. He sat on the boards of several cultural institutions, and, with Saint Laurent, collected the work of artists including Marcel Duchamp, Henri Matisse, Giorgio de Chirico, Piet Mondrian and Andy Warhol, as well as a priceless assortment of Old Master paintings, Art Deco furniture, and Chinese and African antiques. In 2009, the collection was sold at the Grand Palais in Paris for the sum of nearly €375 million, benefitting the Fondation Pierre Bergé – Yves Saint Laurent and AIDS research.

Through Globe, a magazine he co-founded with philosopher Bernard-Henri Lévy in the mid-1980s, Bergé is said to have been influential in the re-election of François Mitterrand, France’s struggling Socialist president, in 1988. In 2010, Bergé swooped in to save France’s struggling newspaper of record Le Monde, from extinction when he put up the cash with two other investors, Matthieu Pigasse and Xavier Niel, to become a majority shareholder. He was also one of the earliest supporters of Emmanuel Macron, who won the French election in a landslide victory in May.