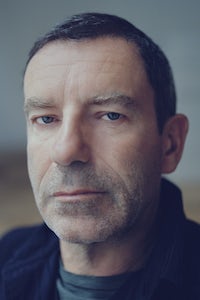 NEW YORK, United States — Built at the peak of the Jazz Age, New York's 40-story Fuller building is a symbol of optimism, expansion and prosperity. Once home to some of the city’s leading art galleries, today it houses a motley mix of private equity firms and showrooms, as well as the stateside design studios of Bottega Veneta. The tower is also home to the namesake label of the Italian luxury house’s creative director, Tomas Maier, whose brand has ambitious growth plans, fuelled by a joint venture with Kering, the group that owns Bottega Veneta as well as an undisclosed stake in Maier’s brand.

Standing by a panoramic window overlooking the busy and glitzy intersection of 57th Street and Madison Avenue, it’s impossible not to believe the German-born Maier when he says: “I love coming to work in the morning. People often think I am a workaholic, which is not true. I do enjoy my time off and I’m able to turn off completely. But when I’m here, I’m on it and enjoy what I do very much. It’s easy to arrive early and stay late.”

The scene is the culmination of a trajectory that started four decades ago and led Maier through important stops in Paris and Florida (his current primary residence) before the designer established his foothold in this city, a position as strategic as it is symbolic. “As an American company, it is important for me to focus on this market right now, with two new stores in New York and other openings in the East and, next, on the West Coast,” he says of the label he founded 18 years ago and has quietly nourished despite its limited growth, while his career exploded due to his work at Bottega Veneta.

Maier’s story and that of his business are inseparable from the designer’s accomplishments at the helm of Bottega Veneta, which began generating over $1 billion in annual sales three years ago — making it Kering’s second-largest luxury label after Gucci and its fastest-growing — due largely to Maier’s refusal to let image trump integrity. Under Maier, ‘Bottega,’ as everyone refers to it, which had lost much of its lustre after its late-seventies heyday, regained its prestige for its luxurious bags, which are famously free of logos and in-your-face branding. Instead, the house’s leather products are discreetly recognisable only by their construction, particularly the ‘Intrecciato’ weaving technique perfected at the brand’s workshops near Venice.

But for Maier, what became known as a new 'stealth' approach to luxury is a matter of personal conviction. "There's never been a question about this at Bottega. It's not a trend or marketing decision for us and no one within the company would ever suggest putting our name on, say, a wallet just for the Asian market. I believe it's a lot more interesting and challenging to sign a product by the way it’s designed and by the way it’s made."

Maier, who grew up among the tall, dark trees of Germany’s Black Forest, remembers spending many an afternoon after school in the office of his father, an architect. “I was fascinated by the idea of the project. I loved the creative arc of putting an idea down on paper and bringing it to life over time,” he says.

As it happens, “the project,” with its inherent stages, setbacks and moments of re-assessment, is an apt metaphor for Maier's own arc from design-obsessed teenager to sought-after freelancer to entrepreneur to star designer. What may seem like a smooth trajectory has, in fact, hinged on several key instances where he either “fell on his nose” or had to admit change was necessary.

The first such hurdle came in his early twenties, when he suddenly found himself out of a job. Since leaving Germany, aged 18, almost the day after graduating from high-school, Maier had followed the unwritten rulebook for aspiring designers, first attending Paris' Chambre Syndicale de la haute couture, then landing a job at an established couture house (Guy Laroche).

He later moved to Georges Rech, a well-known ready-to-wear label, where he worked as a design assistant. But in 1981, the company shuttered its men’s department. “When they dissolved the men’s line, I fell on my nose. I had done everything right — and yet here I was, jobless. Going to the unemployment office in Paris was pretty rough and it was very hard to get back on my feet.”

The designer spent the next 17 years as a freelancer for a broad range of fashion companies, gaining valuable experience in everything from apparel to high-end fashion, mail-order to furs. “Freelancing was the best imaginable training ground,” he recalls, “because I was learning at all the different levels. Over the years, the companies became more important, the categories more interesting, the clothes more challenging.” By the mid-1990s, Maier was working for a half a dozen prestigious brands, including Hermès, Sonia Rykiel, Revillon and Iceberg. But he knew he had reached another critical juncture in his career.

“The day came where I realised I had reached a limit. There’s wasn’t much more I could do or achieve as a freelance designer.” Most would have said Maier was at the top of his game, but to him the very busy-ness of his life signalled stagnation. “Every day I was working in a different design studio in a different city of Europe. I needed a life change. And after working for other people for so long, I wanted to do something on my own.”

In 1997, Maier quit and traded his comfortable Paris-based existence for a drastically different lifestyle and home in sunny Florida. The move came with the decision to start his own business, a swimwear-focused namesake label. By specialising in a single category, Maier felt he “could make a mark in the market. Too many people start their companies laying it out very wide. It works for a season and then there’s no money left to go into production.” (Maier later added knits and jersey dresses, among other items, and last year launched full sportswear and accessories lines for both sexes).

By this time, Maier had enough of a name in the industry to compel influential editors and buyers to see his first collection. “We had Bergdorf’s from day one. Press and buyers came right away. Even Anna Wintour came to see an early collection I showed in my apartment, which I thought was very nice and professional of her.”

Tomas Maier, the brand, was on the map, but for the next decade and a half its presence would remain as discreet as the aesthetic for which its founder is known. It was a labour of love, supported with “very little means,” Maier asserts. “We had no financial resources at all; it was all auto-financed.” In the designer’s own words, until the recent deal with Kering, his label functioned as little more than “beautiful calling card.”

The telephone call that changed Maier’s life and the fortunes of his company came “out of the blue” one day in 2001, as Maier was busy establishing his young label in the United States. Tom Ford — who Maier knew socially from Paris and who, apart from his design duties at two of its brands, also oversaw the business side of Gucci Group (the precursor to Kering) with Domenic De Sole — asked Maier to consider taking the creative reins at Bottega Veneta, which belonged to the group and was languishing. “It didn’t fit into my new life pattern at all, so I told Tom, 'Let me think about this. I’ll get back to you tomorrow.'" The next day, Maier agreed to take over the creative direction of the Italian brand, though he would continue to reside in Florida.

With the exception of a cash injection from friends (in exchange for 9 percent of the company), Maier’s own label remained self-financed. But the Bottega appointment helped Maier open his brand’s first store in 2004. “It was a very edited point-of-view, presented as a lifestyle. My own products along with products of people whose work I liked, whether it was clothing, eyewear, accessories, furniture or art.” Maier found the perfect backdrop for his vision in a slightly dilapidated row of small apartments (Maier connected them with a walkway), located in the Miami Beach neighbourhood of Sunset Harbour, between an auto body shop and an abandoned recording studio.

“Having the store really helped because it told the brand’s story in a unified way,” Maier says. But while the store (and three others that followed in similarly affluent resort towns) laid out the foundation of Maier’s brand and established its image — luxe but leisure-oriented — the business’ overall growth was limited by lack of resources. “The company was always breaking even. There was no debt, but there was also never any money left to take it to another level.”

Fifteen years after founding his company, Maier faced yet another choice. “There came a point where I said, ‘Okay, there’s two ways to go now. Either we gear it up and take it to another league, make it grow into a bigger, profitable business. Or we close the business down.’” Maier started to talk to friends and contacts he had made over the course of his career, all of whom suggested he talk to Francois-Henri Pinault, chief executive and chairman of Kering. Maier followed their advice, which led to the current partnership. “It’s wonderful, because it allows me to finally create a broader assortment of products. My brand always suffered from not having different categories. Now I can finally have a store that is filled with products that are all designed by me.”

“It will also allow me to expand the business on a retail level as well as on the wholesale level, which is great because I think my buyers were also a bit frustrated and wanted more.” Interestingly, Maier is positioning his brand at what he calls a “realistic price-point,” though he says he is not competing with the contemporary category. “These are still very much clothes with a designer’s point-of-view, even if the outlook is casual,” he asserts. “My production channels are not those of inexpensive fashion; most of my garments are made in Italy. But I think there is a gap between all the athletic and sporty clothes out there and the very expensive, more dressy end of the spectrum.”

Maier plans to conquer his niche the same way he has proceeded all along, cautiously and instinctively. “I just have a sense. I have a very precise idea of how things should be, it’s in my gut,” he says. As exacting as ever, to this day Maier exerts total creative control over his brand. “I like every aspect of this business, whether it’s the interior design of the stores or choosing locations, and I interview every single person who works for me. It’s what makes a difference in the end.”

That said, he refuses to blindly apply what’s worked for Bottega to his own brand. “The key to success for a brand is to have an identity, a personality. Be different and distinct. The worst thing is applying the same recipe that works for one company to another place. It’s completely wrong. It’s by embracing the differences that one succeeds.”

“Never be fooled, you can find resources to make the product, but what kills you is when you go into production,” he cautions. “You have to be able to bank production. If you don’t sell enough you cannot produce. But you can also have the case where you are too loved too quickly and your orders are too big to produce. Then you’re cooked.”