This week, British fashion brand Topshop cancelled a major launch party for its collaboration with emerging designer Michael Halpern. “The launch party scheduled to take place on Thursday 1st November has been cancelled,” read a short email sent to guests. One can only imagine why.

Last week, Sir Philip Green, the retail tycoon and chairman of Arcadia Group, which owns Topshop, was named as the subject of a months-long investigation by London’s Daily Telegraph into his alleged sexual harassment, bullying and racist abuse of staff.

Green had used nondisclosure agreements and seven-figure cash payments to silence five former employees, and successfully supressed the publication of the Telegraph investigation with an injunction, which remains in effect despite UK legislator Baron Peter Hain’s surprise move to defy the court order and publicly name Green, invoking parliamentary privilege.

For his part, Green has denied wrongdoing. “To the extent that it is suggested that I have been guilty of unlawful sexual or racist behaviour, I categorically and wholly deny these allegations,” he said in a statement after Hain revealed his name. Green declined to comment further to BoF.

This isn’t the first time Green has been the subject of controversy. The rough-mannered, South London-born businessman has long been known for his hard-partying lifestyle and pattern of bullying and intimidation, particularly against young women. “There’s no question he was a bully, everyone knows he was a bully,” said Jane Shepherdson, former brand director at Topshop, speaking at a conference organised by the Daily Telegraph on Wednesday.

In 2016, Green was branded the “unacceptable face of capitalism” by a parliamentary investigation into British Home Stores, or BHS, which went bankrupt shortly after Green sold it for £1 to Dominic Chappell, putting tens of thousands of jobs and pensions at risk.

Green survived the scandal, despite calls for him to step down and be stripped of his knighthood. But what impact will the latest developments about the businessman have on Arcadia’s brands?

As for the Green affair, most shoppers can’t name the owners of the retailers they frequent. But public awareness of scandal, which has been front page news in the UK, appears to be unusually high and some have called for a boycott of Topshop.

Hashtags like #BoycottTopshop and #PinkNotGreen have appeared on social media. The latter is a reference to the unceremonious removal after just twenty minutes of a pop-up promotion in Topshop’s Oxford Circus flagship of the book Feminists Don’t Wear Pink, a series of essays complied by Scarlet Curtis. “This man is a sexist, racist bully,” she later tweeted about Green.

“When analysing the social conversation around Topshop on Instagram, it’s clear that the Sir Philip Green scandal has had an effect. The day before the scandal hit, 69 percent of the Topshop conversation expressed a positive sentiment. The following day, when Sir Philip was identified as the centre of the scandal, positive sentiment plummeted to 49 percent,” said Preen.Me co-founder and CEO Tamar Yaniv.

It couldn’t come at a worse time for Green whose brands are already facing declining financial performance. Topshop is Arcadia’s star performer but even the group’s golden child is struggling to compete with the faster pace of new product offered by online rivals like Boohoo and Asos coupled with the loss of its reputation for being edgy and fashion-forward, said analysts.

In its most recent financial statements, Arcardia, which also owns Wallis, Dorothy Perkins, Evans, Miss Selfridge and menswear brands Burton and Topman, reported that sales slipped to £1.9 billion in the year to August 2017, down 5.6 percent year on year, while operating profit plummeted 40 percent to £124 million. And analysts suggested the sales decline had likely worsened this year, amidst fierce competition from online players and a slump in local consumer confidence. Already this year, a host of British high-street rivals have closed stores while local department store chain House of Fraser fell into administration.

There have been indications that Green wants to offload all or some of the Arcadia business. According to market reports, Chinese textile giant Shandong Ruyi had conversations with Arcadia and looked over its books earlier this year, revelations that were corroborated by sources, though Green has denied the claims. At this juncture, a sale, depending on its configuration, could come with the added benefits of dissociating Arcadia’s brands from the Green affair. But likewise, the latest scandal may hurt his chances of securing a deal.

Still outside the Topshop store on London’s Oxford Street, many shoppers were unaware of the affair and few said they would reconsider whether they spend their money at the brand. “It affects his employees, not people that shop here so I don’t care,” said one shopper. “I see him as removed from the brand,” said a second shopper.

But others hedged their positions. “They are only allegations, not proven,” said a third shopper. “My decision to shop here might be affected if he is actually convicted.” 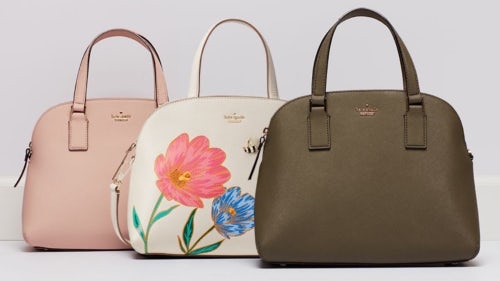 Coach and Kate Spade help drive Tapestry sales growth. The fashion house reported a net income of $122.3 million in its third quarter, with earnings per share of 42 cents for the period ending September 29. This compared to a reported net loss of $18 million with earnings per share of 6 cents in the same period last year. Net revenue rose 7 percent to $1.38 billion for the quarter, compared to $1.29 billion in the prior year. This also beat analyst expectations of $1.35 billion.

Under Armour third-quarter revenue beats estimates. Net revenue rose 2.4 percent to $1.44 billion, edging past analysts' average estimate of $1.42 billion. Net profit rose to $75.3 million, or 17 cents per share, in the quarter ended Sept. 30, from $54.2 million, or 12 cents per share, a year earlier. The results come as the company has shifted focus away from North America and spent heavily on international markets, benefitting from higher overseas sales and lower expenses.

North America drives sales increase at SMCP. The owner of Sandro, Maje and Claudie Pierlot posted a 14 percent rise in third-quarter sales, with the US overtaking Asia as its biggest driver of growth. Sales rose to 247.7 million euros ($282 million) as the group has been expanding overseas opening new stores. Sales increased nearly 42 percent in the Americas, while Asia grew 31 percent. CEO Daniel Lalonde said he had not seen any knock-on effects from the trade war between Washington and Beijing.

Estée Lauder and L'Oreal boosted by Asia. Estée Lauder's sales rose 8 percent to $3.52 billion in the first quarter. Net income attributable to the company rose to $500 million from $427 million in the quarter ended September 30. Shares of the company were up nearly 3 percent at $135 in early trading. Meanwhile, L'Oreal posted revenue of €6.47 billion ($7.3 billion), up 6.2 percent from a year earlier and rising 7.5 percent on a like-for-like basis, which strips out currency swings and the effect of acquisitions. Shares were up 5.9 percent in early trading.

Versace merges diffusion lines. Following its recent sale to Michael Kors, Versace is folding Versus into its Versace Jeans label, and phasing out Versace Collection. Versace Jeans is licensed to Swinger International, a Verona-based group whose portfolio contains Genny and Cavalli Class. Donatella Versace will creatively head up the brand, and a refreshed Versace Jeans is expected to debut in November.

Balmain returns to couture. The French fashion house plans to show at Paris Couture Week in January 2019. This will be Balmain’s first couture collection in 16 years. The last was shown in 2002 when Oscar de la Renta was creative director. 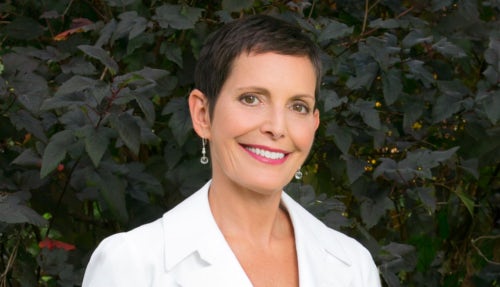 Maureen Chiquet joins MatchesFashion board. The luxury e-commerce site has appointed the former Chanel CEO to its board of directors as non-executive director. Trevor Mather, chief executive of Autotrader, an automobile business, will also join the board. Chiquet joined Chanel in 2003 as chief operating officer and president of US operations and became global chief executive in 2007. She left the brand in January 2016 for what was publicly called “differences of opinion about the strategic direction,” and her next move has been widely anticipated, particularly for being one of the few women leading a luxury brand.

Vogue Ukraine editor-in-chief suspended for plagiarism. The editor-in-chief of the glossy title has been suspended while the magazine's owners Conde Nast and publishers Media Group Ukraine investigate accusations of plagiarism against her. In a Facebook post, Olga Sushko admitted to "sometimes" relying on a "freelance writer" to supply her articles.

Manolo Blahnik returns to Paris. The footwear designer is opening his first free-standing store in the French capital in 2019 and is eyeing Asia for future growth with new boutiques in Tokyo and Taipei. The brand’s business expansion, which recently included the launch of men’s footwear and three new factories outside of Florence and Venice in Italy, comes after turnover grew by 142 percent from 2015 to 2017, while operating profit increased by 36 percent.

Vogue launches Hong Kong edition. Condé Nast is entering the Hong Kong market with a local edition of Vogue, which is set to debut in spring 2019. The Chinese-language magazine will be the 26th international edition of the glossy publication and will be published under a licensing agreement with Rubicon Media. Desiree Au, who was most recently publisher of Time Out Hong Kong, has been appointed publisher of Vogue Hong Kong.

Goop reported to UK authorities. The lifestyle brand owned by actress Gwyneth Paltrow has been reported to the UK’s trading standards and advertising watchdogs over allegations that it makes misleading claims about its products. The Good Thinking Society, a non-profit charity that campaigns against pseudoscience, submitted the complaint, which alleges that Goop’s “wellness” products are advertised misleadingly and make “potentially harmful” claims. The charity listed 113 examples of Goop’s advertising, which it says are in breach of the law.

Coty cuts deal with Alibaba to court Chinese beauty shoppers. The beauty company and online giant are teaming up on interactive vending machines in malls of major Chinese cities, as well as on initiatives with beauty and hair salons, and lets Coty tap into Alibaba’s data on domestic consumers. Coty will also work with Alibaba’s product design division, the Tmall Innovation Center, to develop new items specifically for China.