NEW YORK, United States — In 2011, when fashion industry veteran Rachel Shechtman decided to enter the world of physical retail, she knew the concept would, in many ways, have to serve as an antidote to the traditional store experience.

The result was Story, a 2,000-square-foot shop that gets a complete makeover — with a new design, range of products and marketing message — every four to eight weeks.

Five years on, Story has become one of the most interesting studies in how people want to shop today. Its refreshing merchandising strategy, which relies on a rotating series of themes and sponsorship partners, is what helps the store stand apart from a sea of retailers struggling to understand the needs of customers whose demands have changed in the age of e-commerce.

If time is the ultimate luxury and people want a higher return on investment of their time, you need to give them a reason to be in a physical space.

Its success has drawn the attention of bigger retailers like Neiman Marcus and Nordstrom, who are attempting to adopt the more flexible working models that Story pioneered, relying heavily on curation, community-building and experience. 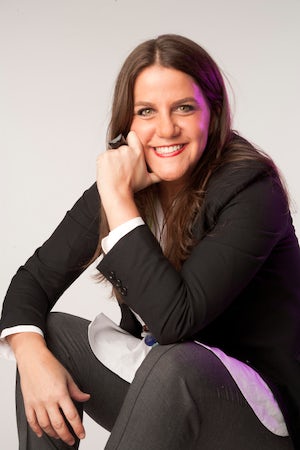 For New York Fashion Week, Story will collaborate with a range of brands including Edie Parker, Alice & Olivia, Alexis Bittar and Iris Apfel on the second chapter of its “Remember When” theme, building on its partnership with department store Neiman Marcus and entertainment brand Nickelodeon in a nostalgic throwback to 1990s television shows.

“We call it experience per square foot,” says Shechtman, who previously ran her own retail and marketing consultancy, Cube Ventures, where she collaborated with the likes of Toms, Kraft Foods and Gap. “Whenever we think about creating a ‘Story,’ we ask whether can we create a compelling ‘Story’ for men, women and kids, between five and 95, and how [we can incorporate] the principles behind what we do,” she said.

It’s a method with legs. A standard three-to-eight weeks Story sponsorship cost $400,000 in 2015, doubling during the holiday period, and sponsorship prices increase year-on-year. Over the past two years, Story’s net income has doubled each year, according to Shechtman, although the company does not disclose financial figures.

For many brands, media companies and larger retailers, Story has become something of an ideas incubator; an additional channel designed for experimentation. “A lot of people work with us to test things out at Story and gain insights that they can then leverage at scale and expand in a way that works for their world,” Shechtman says, adding that Story had worked with nearly 4,000 brands so far. “It is about taking those learnings and insights and scaling them.”

We opened Story with this notion and idea to be a platform to try new things. There’s more risk in not taking risks.

Here, Shechtman has shared seven lessons that retailers can learn from her experience running the award-winning concept store.

1. Experience Really Is Everything

The need for retailers to provide an experience for customers is essential to the future success of their companies. “It’s more than important, I think it’s critical,” says Shechtman. “If time is the ultimate luxury and people want a higher return on investment of their time, you need to give them a reason to be in a physical space.”

As long as companies are generating income from the use of their space, Shechtman believes it shouldn’t matter whether the source is consumption or experience, noting the success of a feature called His Story — a partnership with multiple brand sponsors centred around men’s grooming, entrepreneurship and style.

“Our main sponsor was Proctor & Gamble (P&G), specifically Braun, Old Spice and Gillette,” says Shechtman. “We decided to create a hot towel shave station and offered complimentary shaves daily. Truth be told, it was a huge hit. The experience was unique and engaging for customers, and was a unique way for P&G to engage with consumers in new ways.”

Companies must build a community that will engage with these experiences. The changing nature of Story means that each time it launches a new feature, its network of consumers revisits the store to see the different merchandise and attend events.

For instance, a recent store concept, called “The F-word,” explored modern ideas of feminism through more than a dozen events, from workout classes and book launches to discussions with model Ashley Graham as well as the founder of fashion retailer Nasty Gal Sophia Amoruso. Each event was attended by more than 100 people, with waiting lists 400 people strong.

“You hear comments like, ‘I am so grateful to be here,’ ‘This is so special,’ ‘I am so inspired’ — definitely not your average comments in a traditional commerce-centric retail format,” says Shechtman. “As to what the special ingredients and opportunities are for other retailers — discovery and access!”

Story’s entire business model was a calculated risk. The model had never been done before and when Shechtman began talking about her idea of ‘Retail Media’ — putting words, business models and ideas together in a new format — people would often wish her “good luck” with a smirk. “There were no obvious indicators or statistics that would suggest it could be something.”

“It’s about knowing what you do well,” she continues. “We didn’t open our business [to be an] operations and logistics company. We opened Story with this notion and idea to be a platform to try new things. In this climate, I believe there’s more risk in not taking risks.”

And each time a new feature is launched, there is always an element of risk involved, as there is a chance it might not resonate with the consumer. More often than not, though, a risk pays off, as it did with the P&G-sponsored hot towel shave. “I thought for sure people would say something about the ‘big corporate company’ and so forth,” she says. “But there wasn’t one single [negative] comment. The shaving station was almost always occupied.”

4. Redefine the Meaning of Failure

“When you look at new business models, new product launches, they can be massive risks,” says Shechtman. “This happens with merchandise all the time. We can sell out of a product in one context and then we can’t give the exact same product away in a different context.”

Shechtman believes companies need to change the narrative on what failure means in business. “Failure means you learned your lesson and you won’t make the same mistake again,” she says. “Failure means to learn something about a product or event and that experience will provide learning and insight to your vendors and partners, so they can get better.”

After working with many Fortune 500 companies, both through Story partnerships and her former consulting practice, Shechtman questions whether organisations are rewarding the right people — or enough people — when sales are on the up.

“Why should the creative team not be held accountable for sales and the buyer should?” she asks. “As an industry, we need to look at internal processes that further invite cross-divisional collaboration, learning and innovation, in the same way we are reinventing customer experiences.”

“Look at how buyers are rewarded based on sell-through but not necessarily through collaboration with marketing,” she continues. “Reinventing compensation and how people are rewarded has an opportunity to shift. Marketers need to become merchandisers more and merchandisers need to become marketers more. Historically and traditionally, there are not those opportunities.”

Training schemes for retail need to be updated. “The training that worked for retail 20 years ago is very different to what I think is required for retail today,” Shechtman says.

“I love to shop. I’m a student of retail, I’m obsessed with it. I walk in stores, they are empty, I could roll a bowling ball through it, and people don’t want to work there,” she continues. “Customer service is so horrific that it’s like you have to beg for someone to help you, and when you do, they are not excited because they are just standing in a empty store all day.”

Shechtman’s own team is provided with comprehensive training every turnover in order that they can educate and inform customers on each experience Story hosts. “We developed various training methods and devote a few days before opening each new installation solely to training — both with vendors directly and also using peer-to-peer methods.”

Her approach to general training for new employees is the same. “People should spend time learning about other divisions and functions within their organisation to further break down silos and to optimise collaboration and integration.”

Companies should not be afraid to partner with non-linear brands. After working with nearly 4,000 brands, Shechtman says that many of Story’s most successful collaborations have been with unlikely partners.

“One of the things I’m most passionate about is taking two things that you never imagined together and the second they are together, never imagining them apart,” says Shechtman, referring to her company’s partnership with health insurance provider Cigna in January, which resulted in events like yoga classes and lectures, as well as the option for consumers to test out new technology like Virtual Reality meditation and explore health-related merchandise.

“Cigna brings more authority and authenticity to the conversation about health and wellness than Story or a retailer. It’s looking at unlikely places for partners, and thinking outside of the box.”