The cult Californian streetwear label's decision to relaunch in London reflects its belief in community as much as its global retail strategy.

LONDON, United Kingdom — “All the bankers came running once they did that Supreme deal,” says David Sinatra, the 30-year-old president of Californian streetwear label Stüssy, referring to Carlyle’s investment in the skater-inflected juggernaut founded by James Jebbia, who, in 1991, opened Stüssy's first New York store.

It's no surprise, really. Streetwear is a hot commodity. Even luxury labels have adopted sneakers, graphic T-shirts and “drops” in an effort to build relevance with young consumers. But above all, the ingredient that gives streetwear labels their power is not their design or distribution strategies, but their ability to cultivate tight-knit communities of like-minded aficionados who share common values and beliefs. It’s this sense of tribal affiliation that turns simple T-shirts into symbols of belonging. 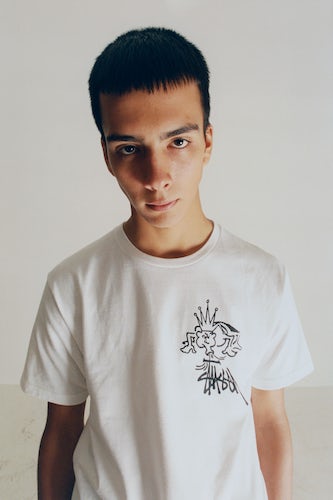 Perhaps no one has done it better than Stüssy, one of the original streetwear brands, launched as a surf label by Shawn Stüssy back in 1980 and established as an apparel business in 1984 with support from the accountant Frank Sinatra Jr (no relation to the singer). In the early days, when Stüssy visited London, Paris and Tokyo, he began assembling a network of collaborators with shared tastes in music, fashion and culture that would become the foundation of the International Stüssy Tribe.

“Before the Internet, Stüssy connected all of us and I’m proud to be a member of it,” explains Hiroshi Fujiwara, the “godfather” of streetwear, who introduced Stüssy to the Japanese market in the mid-1980s and refers to the tribe as “The Fashion Freemasons.”

Membership in the tribe came with symbols (often gifted by Stüssy) like T-shirts, jackets and accessories bearing the label's double interlocking S-logo (a take on the Chanel logo), as well as invitations to gatherings. “When I travel to London and I see someone wearing that tribe jacket, I’ll start talking to them and make a new friend,” adds Fujiwara.

“It’s very personal, when you talk about the Stüssy tribe,” says Sinatra, president of Stüssy and the son of Frank Sinatra Jr. “They’re just people who are our friends and that we see at least once or twice a year.”

But the tribal ethos at the core of Stüssy’s inner circle also informs the label’s relationship with its end consumers. On an average day, young shoppers gather around Stüssy stores, which have become club houses of sorts. “Stüssy has a strong, continuous and honest communication with their clients,” says Matthew Williams, founder of Alyx. “People can get a piece and understand what it is to wear a Stüssy shirt, they can participate in that,” adds Sinatra.

Its employees, too, are part of an extended tribe. The company’s store staff, for example, are often hired from the brand’s community of fans and many of its creative collaborators have been friends of the brand for years.

This week, Stüssy is opening its latest store — which it calls a “chapter" — on London's Wardour Street, a stone throw away from the Supreme and Palace shops. And Stüssy says the expansion is as much a reflection of its belief in community as its retail strategy. 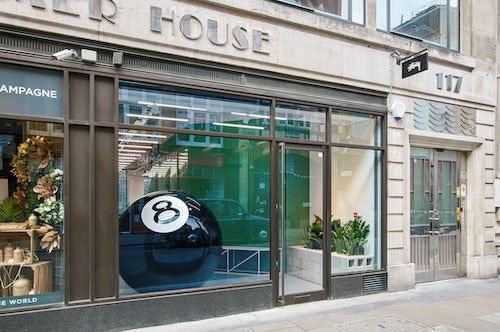 The new London store will be something of a homecoming for the brand, whose original store in the British capital closed down in 2008. Since the mid-1980s, many personalities associated with the brand have come from the city, including photographer and son of original tribe member Mark Lebon, Tyron, designer Kiko Kostadinov and fashion consultant and DJ Tremaine Emory.

The London store brings the size of its retail network to 60 plus stores globally, of which almost 40 are in Japan. The launch follows recent new chapters in Honolulu, Orange County and Amsterdam (with another one set to launch in Sydney in October). The expansion, which includes opening more of its own stores, is part of Stüssy's pivot to retail, following a radical decision in 2014 to cut out $30 million worth of wholesale accounts.

Is Luxury’s Love Affair with ‘Drops’ More Than Marketing?