As electronic components become smaller and manufacturing gets cheaper, sci-fi fashion is inching closer to reality.

AUSTIN, United States – Picture a stylish, blade-shaped drone on your necklace. As rain starts to fall, the device can fan out and fly above your head, spinning fast enough to keep you dry.

Or imagine a bracelet-mounted gadget that looks like a hockey puck and takes off to lead the way when you’re lost. And if you don’t mind walking city streets with a circular pad on your shoulder, consider a filter that can hover in front of your mouth automatically when air-pollution levels rise.

These futuristic concepts of wearable drones — which, though years from reality would make the Apple Watch look like a Beatles-era Timex — were dreamed up at Frog Design Inc. They will be among the topics discussed at South by Southwest Interactive in Austin, Texas, from March 13 to March 17, which this year debuts a Fashion & Wearable Tech theme exploring the ties between fashion, art, culture and technology. As electronic components become smaller and manufacturing gets cheaper, sci-fi fashion is inching closer to reality. 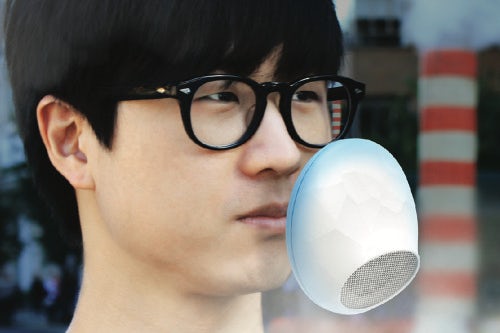 Breathe perches on your shoulder and sniffs the air for pollution. If air quality deteriorates, it hovers in front of your face and filters the air | Source: Frog Design Inc.

“We are slowly getting to the point where technology can keep the promise that science-fiction authors have made,” Roger Entner, an analyst at Recon Analytics LLC, said in an interview. “And you are seeing these first steps. We are at that stage where the reality catches up with imagination.”

South by Southwest, which started as a popular music festival, is expecting 33,000 attendees at its SXSW Interactive conference this year. Fashion & Wearable Tech will offer almost 70 sessions and events, with speakers from mobile-shopping startups like Wanelo and Tinker Tailor, as well as chipmaker Intel Corp.

“Over the past few years we’ve had a strong showing of attendees from the fashion and tech community,” Kelly Krause, a publicist at the conference, said in an interview. “It made sense to make this more official and bigger.” 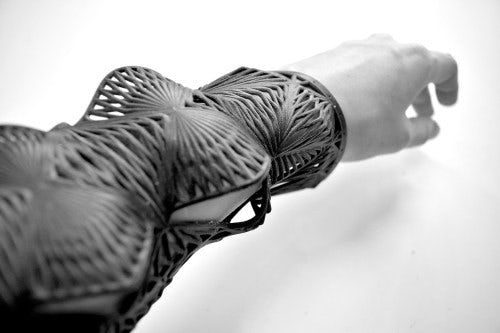 The interest is being fueled by the commercial introduction of high-profile wearables like the Apple Watch, due to hit stores in April, as well as buzz about curiosities such as Nixie, a camera that doubles as a wristband and flies off to take pictures. Designers and artists have also created dresses that glow in the dark or shoes outfitted with global positioning microchips that are activated when the heels are clicked together.

While wearable drones still have a long way to go before making it to retail stores, new manufacturing technologies like 3-D printing have already hit the runway. One presenter, designer Pauline van Dongen, will talk about using the technology to create new kinds of garments.

She has used the technology to construct a sleeve that changes its look when you move your arms. The designer has also been experimenting with clothes with built-in solar panels, which can recharge personal electronics. 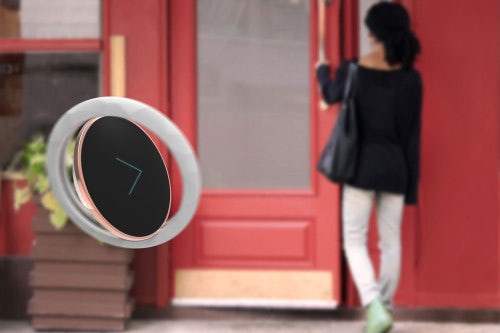 Flare flies in front of you, showing the way when you need navigation | Source: Frog Design Inc.

Frog, whose designs were used in the Walkman and Apple IIc computer, is looking for partners to help make its wearable- drone prototypes become a reality. Frog’s designer Adam Pruden, who will present a session on high-flying fashion at SXSW, says drones are the future and will replace mobile phones as we know them.

“I started thinking about what the post-smartphone era would be,” Pruden said. “If drones replaced smartphones, they’d have to interact with our bodies -- and what better way to do that than by having them attached to us.”

The wearable electronics market, including jewelry, belts, textiles and footwear will reach more than $70 billion in 2024, up from more than $14 billion this year, according to IDTechEx.

“We are starting to add technology to clothes, to textiles, to watches,” Pruden said. “Fashion is a new interface.”