Alasdair McLellan: 'You Have to Put Yourself in a Picture'

Alasdair McLellan talks to BoF about his journey from DJing and taking pictures of friends in South Yorkshire to shooting covers for Vogue.

LONDON, United Kingdom — Alasdair McLellan is sitting in the corner of Bar Bruno in London’s Soho with a cup of strong milky tea. It’s an old-fashioned sanctuary from the neighbourhood’s self-aware cafés and stage-managed members' clubs. “It’s a locals’ place,” says McLellan, who prefers the casual setting to the table originally booked by his assistant at the upscale Charlotte Street Hotel.

The attention McLellan pays to the mise-en-scène of the interview offers an insight into his photographic style, which refers to early years spent growing up in the mining villages of South Yorkshire (where he took pictures of friends messing about and DJ’d in the local youth club), but nonetheless reflects a consciously created world. The same might be said of his outfit. “It probably looks like something you could pick up at the market in Doncaster,” he says of his zip-up, cropped houndstooth jacket, which turns out to be Prada Autumn-Winter 2013.

But McLellan is not some hokum pretender and both his artistic voice and heart are still closely bound to his northern adolescence. “I remember getting a camera, I think it was a Halina, for my thirteenth birthday and thinking, ‘Oh this is quite good.’ I took it everywhere. I took it to school. And I remember my mate and his girlfriend and my girlfriend all came to my house and I started taking pictures of everyone and I realised it was quite good fun. The girls liked Bros [a British band popular in the late 1980s and early 1990s] and they did my hair like Matt Goss and Jason Donovan and took pictures of it. We were listening to everything in the Top 40 at the time.”

His initial enthusiasm for photography became more serious when he decided to study it at school. “For my GCSE, again I took pictures of my friends, but it was more of a sitting. I think we were trying to recreate posters she had on her wall of Madonna — it was a Herb Ritts image. I shot it on black and white film, which I think is pretty cool for a 16-year-old. I remember watching the Ritts’s video with Madonna and the Pet Shop Boys videos and thinking, 'That looks really appealing. What is that? What kind of job is that?'" 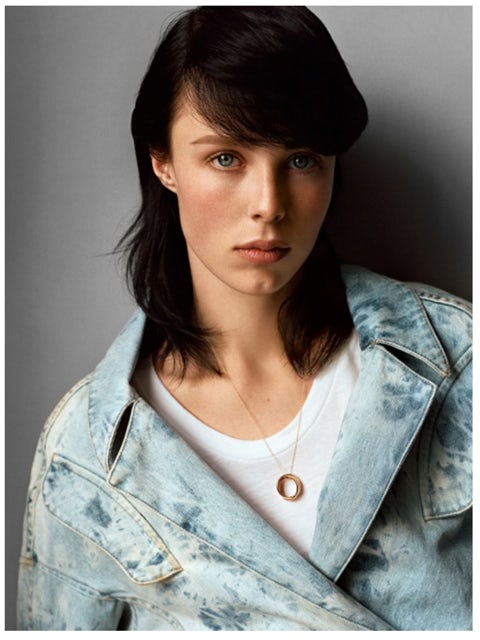 In a similar way, what fascinated McLellan most about the DJ club nights he ran — first in his village, then in his mate’s Dad’s pub and then in Doncaster town centre — was the look of the people who came and the imagery around the music. “It was very weird and obviously we couldn’t drink, but we were DJing at this bar and we had a bit of cash. I remember that I was into the image as much as the music; magazines like Smash Hits, the NME and Melody Maker. And then I started looking at The Face in maybe about 1990.” Both The Face and a fascination with club culture stayed with him as a source of inspiration throughout his years of schooling. 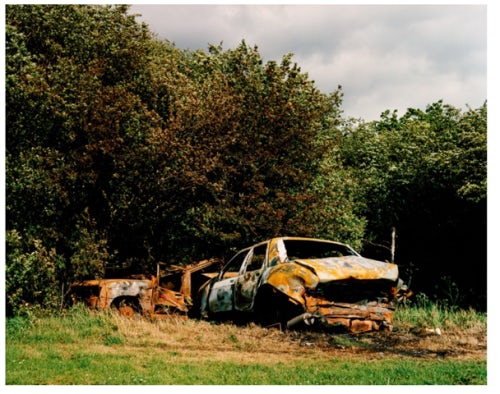 “I had a brilliant time doing an art foundation at Doncaster; it was one of the best years of my life. And then I went to Nottingham for Art College. It was the time of Handbag House music and everyone was going to nights like Venus in Nottingham and Miss Moneypenny’s in Birmingham and clubs up and down the country. Everyone was trying to be cool,” he recalled.

At the time, McLellan, mostly taking pictures of his mates, started to wonder about how he could get his images into magazines. “I always used to take pictures of my friends in their clothing, just in what they were wearing, but I remember thinking, how am I going to get my pictures in the magazines, ‘cos they’re just my mates. They were good looking, but it wasn’t until I started to understand the work of Corinne Day and David Sims and i-D and The Face, in general, that I realised that you could put people who looked like your mates in a magazine.”

Earlier, McLellan had been a fan of Ray Petri’s ‘Buffalo’-style, exemplified by the music video for Neneh Cherry’s 1989 ‘Buffalo Stance.’ But McLellan realised that the look he wanted to communicate — while inspired by Day, Sims, Bruce Weber and Buffalo-style — was different. “[My subjects] were very ‘football casual’ in what they were wearing. And I remember thinking if I could put people like them in a shoot, then that could be what I’m into, that could be my thing — English, kind of homoerotic, but a more normal look than Ray Petri’s styling.” 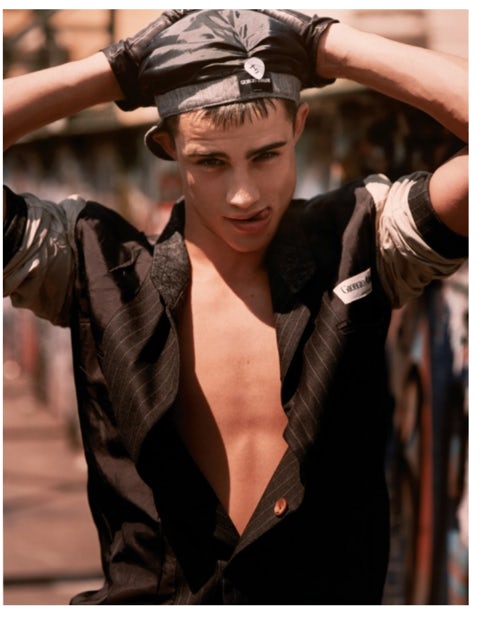 Today, McLellan is one of the world’s most in-demand photographers, with countless Vogue covers and fashion campaigns to his name. But, when he came down to London after college, his break didn’t come easily. “I took my folio round and I remember thinking, ‘God everyone is absolutely vile.’ I remember thinking, ‘This is a hard industry to crack.’ It was quite intimidating.” At first, he was discouraged, but it was his friend, fashion editor Jo-Ann Furniss, who pepped him up and told him to keep going: “She was the only one who said ‘You’ve really got something.’ I remember for around four years I was thinking: ‘Don’t wanna do it, don’t wanna do it.’ I would work in a shop and I was still taking pictures but it felt like to get into fashion photography you had to assist someone for ages to get to know everyone and I didn’t want to do that. I thought it was too much of a boys' club.” 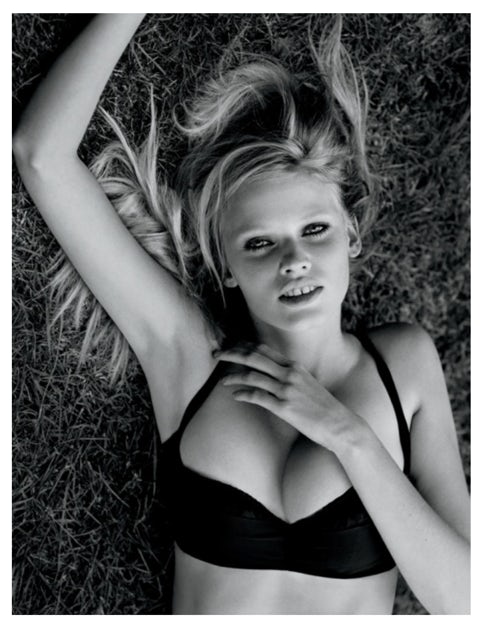 Eventually, he was picked up by the agent Julie Brown. “She took me on and it all took off really. I think she just liked me. I had been doing lookbooks and things to earn money. I don’t really know how it happened, though you just sort of find your feet over time... I started working with some great people like Joe McKenna and Jane How.”

Soon after he started shooting editorial for the likes of i-D, McLellan began getting commercial work. “The balance between my editorial and commercial is about half and half. You have to be aware of the brand, though it’s not that dissimilar from shooting for different magazines. Shooting an i-D photograph is very different to shooting a Vogue photograph, which is very different to a Fantastic Man shoot. In terms of advertising you have to think about the brand and your own photography and how you can create your world within that.”

McLellan is persistently and romantically old-fashioned when it comes to his medium and insists on shooting film rather than digital. “I have a massive problem with the fact that everything is going digital because my favourite part is going to look at those contact sheets the next day to see how it has come out. I love sitting down and editing the film. It’s such a joy.” Shooting digital also changes the dynamic on set, he says. “Everyone is gathered round the screen with digital. But when I shoot on film everyone is gathered round the girl and they see if the collar needs to be changed, done up or undone, and with digital you lose that moment. It’s the same with the hair.” 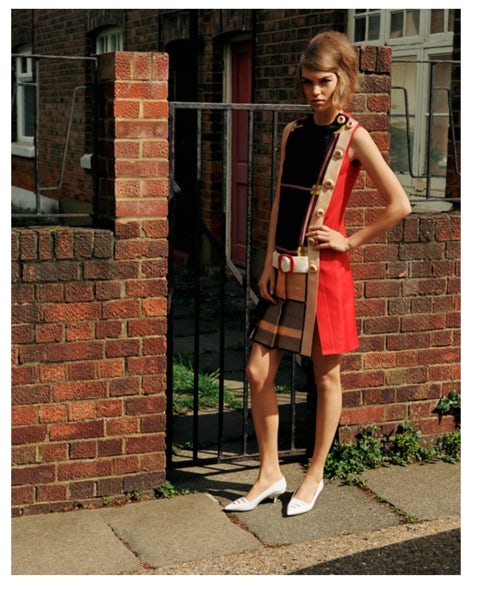 Some of McLellan’s best work is rooted in his personal biography. “You have to put yourself in a picture. Whenever I do a photoshoot, I often think about memories. When I go home, I photograph places that meant something to me growing up in South Yorkshire. I would be photographing it because it meant something to me. It would be associated with the first person I fell in love with or the street where I had my first kiss. There’s always meaning in it.”

For McLellan, a clearly identifiable personal fascination is what make great work stand out. “You know what great photographers are turned on by. You know that David Sims is obsessed with David Bowie and that he’s interested in questioning sexuality. Bruce Weber has created this amazing world and he almost art directed America in some respects; it almost looks like it’s art directed by him. And that’s what you can’t be afraid to put in.”