How to Run Your Freelance Business

The fashion industry’s recovery will mean more work for self-employed workers. But even the most talented creatives can struggle to manage time and finances while delivering results on their own.

How to Run Your Freelance Business

The fashion industry’s recovery will mean more work for self-employed workers. But even the most talented creatives can struggle to manage time and finances while delivering results on their own.

LONDON, United Kingdom — Freelancers already know that being self-employed is not glamorous. But now many former full-timers who once had illusions about freelancing will need to grapple with that reality.

“Friends who had good, stable salary jobs were in the same boat as me overnight,” said Tori West, freelance writer, editor and founder of independent magazine Bricks. “Many had been made redundant and had the same fears as me.”

The pandemic has only exacerbated the uncertainty felt by many self-employed creatives, who the fashion industry so heavily relies on. The current economic downturn is expected to lead to the termination of 287,000 creative freelance job roles in the UK alone by the end of 2020, according to a new report published by the London-based advocacy group Creative Industries Federation.

On both sides of the Atlantic, as governments moved to implement stimulus bills like the CARES Act in the US and the UK’s Self-Employment Income Support Scheme with the aim of providing freelancers with some financial relief, the lack of existing state-funded support schemes available to self-employed workers only became glaringly apparent.

But it’s not all bad news. Freelancers are likely to be the first to see jobs return post-pandemic due to their comparatively affordable hiring costs and flexible schedules — particularly as hard-hit businesses avoid making big financial commitments. Preparation for this upturn is key, and there are steps freelancers can take now to streamline their services and recession-proof their businesses.

Know Your Worth (and Your Pricing)

Payment terms and the pricing of their services are two sources of anxiety for most freelance creatives. But peers, research and knowing how to negotiate can help.

Asking for advice from fellow creatives can help get a better understanding of best practices and calculating the price of a job by benchmarking against the market rate, said Dario Calmese, a photographer, visual director and writer based in New York who has been freelancing since 2008. “You’re not selling car parts... you're selling your knowledge and your experience. And sometimes you forget how much that costs.”

Freelancers can’t ignore the non-monetary benefits — like exposure or experience — that some jobs entail, but they should always be paid, added Lindsay Orosz, chief operating officer of GirlGaze, a network connecting companies with women and non-binary creative talent. “It’s know your worth, know what your costs of working and living are, and negotiate,” she said. 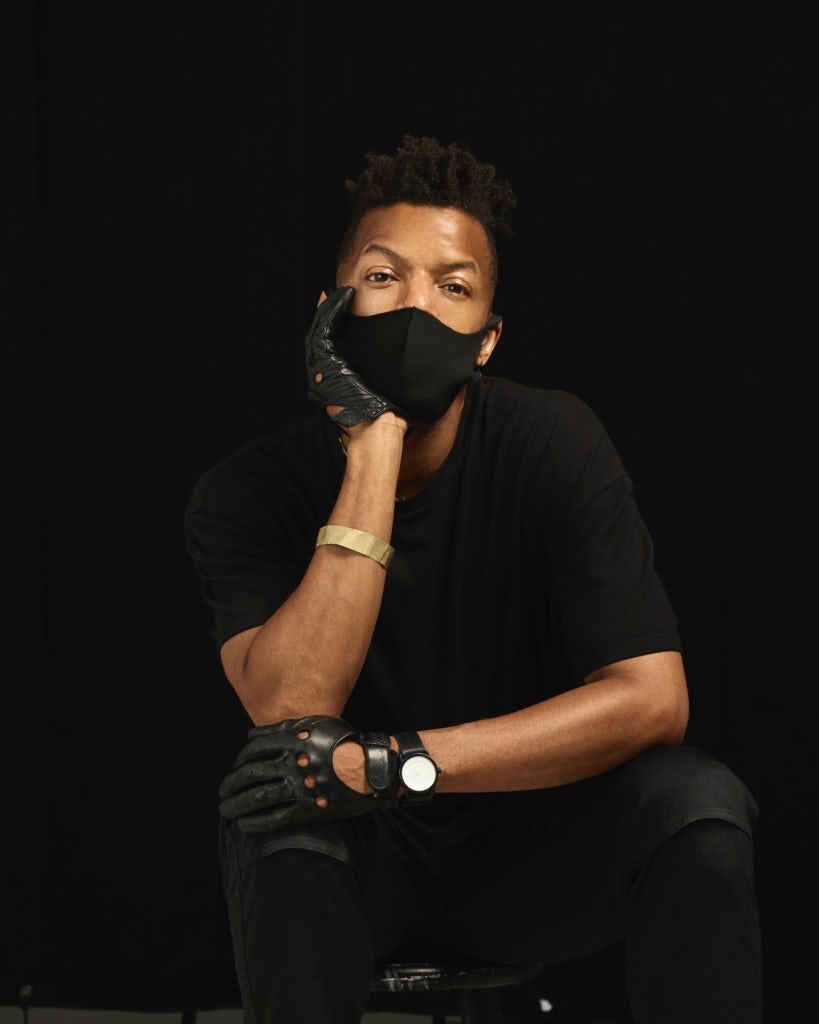 It can be easy to underestimate the amount of time that goes into a project like a photo shoot. “The day of the job is probably one of the easiest, the most straightforward [to calculate, but sometimes the work needed to actually complete] the job is a three-week, [or] month-long process,” said Calmese, who advises freelancers to have direct conversations with clients about payment for pre-production work, post-production work, finding a team, and associated costs incurred. He added that asking clients for the job’s total budget before beginning a negotiation is a good way to judge whether it’s worth a freelancer’s time.

According to Tom Hirst, a programming developer and author of the eBook, ‘Pricing Freelance Projects,’ there is no one-size-fits-all approach to pricing a job. “Use the pricing methodology that works best for the engagement,” whether this means a day rate, fixed price project, ongoing retainer, or value-based pricing, he said. Hirst does recommend, however, that freelancers avoid hourly billing and keep in mind that clients’ response to these methodologies can differ in different countries.

One of the most important things for any freelancer to keep in mind is that saying no is always an option, said West. “A lot of freelancers, including myself, have this complex around saying ‘no,’ particularly during a pandemic because we feel like we need to accept as much money as we can.”

In some cases, freelancers might be better off declining some opportunities in order to invest their time in portfolio-building personal projects that will help the freelancer attract future clients or charge a higher rate for future jobs. Opportunity cost should be a factor: weighing up the likelihood of missing a more valuable project if a freelancer pursues a particular gig.

Negotiating with clients can be daunting but freelancers must not forget that negotiating their price is only half the battle. Payment terms are just as important. “Explain late payment is unacceptable. Be tenacious,” said Raven Smith, a columnist, author and freelancer of four years.

Know your worth, know what your costs of working and living are, and negotiate.

Hirst recommended adding a minimum 20 percent contingency as unforeseen costs and higher than expected time commitment can put freelancers at risk of not earning enough to make a profit from a job.

Both Hirst and Calmese stressed the importance of deposits as an insurance policy against slow or non-paying clients and simple things like invoicing directly after completing the job can also keep the momentum going. Requesting partial payment before delivery (especially for first-time clients) is another good practice.

For the remainder of the outstanding payment, freelancers should consider adding “payment due on receipt” to invoices. While clients may use a longer accounting time frame like ‘net 90 days’ after the invoice date, that does not mean freelancers can’t negotiate better terms before agreeing to the job, like ‘net 30 days.’

Freelancing entails more than just being good at photography, styling or whatever core creative service being offered. Setting aside a portion of time for “non-client” hours to do other tasks is necessary to keep the business running — though it can be tricky to achieve as a freelancer,

“Marketing, financials, client communication — there's much more to freelancing than being adept at your core skill,” Hirst added. He recommended freelancers give themselves time to grow their businesses by selling a maximum of four days a week to clients, which can also potentially allow them to raise their rates.

Factoring in downtime is also an essential part of building a sustainable business. It’s tough “being exhausted at the end of a project and knowing you have to search out another one,” said Smith, but a lack of balance is a shortcut to burnout. Freelancers should work on improving productivity so they can get more done with the rest of their time. “Routine and structure will benefit you but embrace the flexibility of freelancing too; it's one of its key perks,” said Hirst.

There's much more to freelancing than being adept at your core skill.

Platforms like Instagram and Twitter are vital for self-employed creatives to gain exposure and expand their client bases. Indeed, a strong social media presence with up-to-date work is now a must to secure commissions and clients. But while Instagram is an undeniable marketing tool as well as a resource for creating mood boards, freelancers should be conscious of its potentially distracting qualities.

“On Instagram you have content coming in from left, right and centre for photographers and filmmakers. Sometimes it can get confusing because what you want to do is make sure you create work that is not too similar to other people,” said photographer and filmmaker Dafe Oboro, who started freelancing in 2014 and recently co-directed Beyoncé’s Black Is King, adding that knowing when to distance yourself from the online noise is a crucial skill freelancers cannot afford to ignore.

“Instagram is just a hub where I go to share my work and connect with people who are getting me jobs and are reposting, appreciating and connecting to my work.”

Empower Yourself Through Education

Legal and compliance issues may not be second nature for most freelancers, but a deeper knowledge of their rights and responsibilities is crucial. Self-employed workers can risk exploitation by large corporations or struggle with cash flow problems further down the line.

How freelancers register their businesses — as a sole trader or proprietor, versus a limited company — has major implications. Generally, operating as a sole trader is easier and involves less paperwork and accounting fees but in jurisdictions such as the UK sole traders must rely on their personal credit rating to borrow funds. 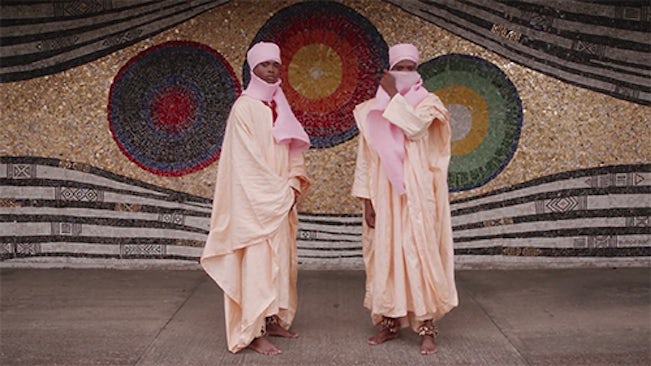 Still from Keys To The Kingdom, part of Beyoncé’s Black Is King, co-directed, produced and cast by Dafe Oboro
| Source: Parkwood Entertainment and Disney Plus

Meanwhile, running a business as a limited company has tax benefits and protects freelancers’ personal assets against company debts, but also allows the company to have its own credit rating. There are also umbrella companies, or middlemen between creatives, employment agencies and clients, that employ ‘freelancers’ and handle administrative tasks on their behalf. It’s important that creatives research the options available to them in their own jurisdictions to determine a structure that suits.

When it comes to editorial and commercial jobs, the ability to understand and analyse a contract can prevent unfortunate outcomes; agreeing to hand over usage rights for a small fee is an all-too-common mistake made by many aspiring creatives. Online webinars and educational resources can help those new to the industry decipher legal jargon.

“Any creative should have a form NDA and a form agreement — whatever that is. If you're creative it’s, ‘here is my service agreement form and here is my scope of work,’” said GirlGaze’s Orosz. Service agreements should outline the freelancer’s responsibilities in the project, while a scope of work should include details on the deliverables, the budget, the timeline, and the number of edits the client can expect to receive.

Freelancers with the ability to negotiate legal terms will appear more professional to clients. However, it is important to know your limits. There will be occasions when investing in professional services like solicitors, bookkeepers and accountants can be invaluable to protect a freelancer or save them money in the long run.

Another way to source advice is to rely on those with more experience. Using social channels or community platforms to post questions or ask for clarification can offer digestible advice on seemingly complex contractual clauses from more experienced peers or professionals.

“I’m a big believer in having a portfolio of mentors, not just one person, because your situation and your client might be very different to someone else’s,” said Pip Jamieson, founder of The Dots, a professional network for creatives

In spite of the many disruptions caused by the pandemic — or indeed because of them — experts anticipate the gig economy will continue to boom throughout the next decade with over half of the US workforce expected to be freelance by 2027.

While demand is likely to rise for gig workers, competition will also rise, meaning the need to set yourself apart will become even greater. One way to do so, said Jamieson, is to learn more transferable skills like tech. But there are even more important changes that freelancers should make to prepare for the new post-pandemic era.

With remote freelancing on the rise, self-employed creatives need to start looking beyond their own markets and expand their client bases to capture as many valuable opportunities as possible.

Post-Pandemic, the Fashion Industry Will Rely on Freelancers More Than Ever