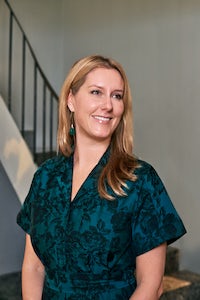 After a four-year tenure, Peck is leaving the parent company of Gap, Banana Republic and Old Navy. Robert J. Fisher, the company's current non-executive chairman of the board, will serve as president and CEO on an interim basis.

Erdem has appointed Philippa Nixon as chief executive, the first CEO in the company's 14-year history. Nixon joins the company from Chloé, where she was managing director, and has previously held roles at Fendi and Louis Vuitton.

Eloy Rodrigo is leaving Loewe, where has held the position of chief financial officer since 2016, to head up the finance team of telecommunications provider Vodafone Spain. His new appointment takes effect December 5.

Laurent Kleitman has been named president and chief executive of Parfums Christian Dior, effective November 6. He joins the company from Coty, where he was president of the consumer beauty division. Kleitman succeeds Claude Martinez, who has been named managing director of LVMH Perfumes and Cosmetics.

The company has also hired Niamh La Vine for the newly created position of senior director of communications and marketing. La Vine joins Ulla Johnson from The Webster, where she served as communications director.

Walmart board member steps down

Following his dismissal as chief executive of McDonalds, Steve Easterbrook has resigned as a member of Walmart’s board, which he first joined in 2018.