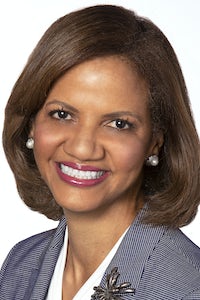 Paula Price is stepping down as chief financial officer of Macy’s, effective May 31, after less than two years in the role. She will stay on in an advisory capacity until November while the retailer searches for her successor. The news of Price’s departure comes shortly after Macy’s announced it was furloughing most of its 125,000-strong staff as it deals with the closure of all 775 of its brick-and-mortar stores.

Asos has named Patrik Silén chief strategy officer, reporting to Chief Executive Nick Beighton. Silén joins the company from McKinsey & Company, where he worked for 16 years and was made a partner in 2012.

Nordstrom adds to board of directors

Nordstrom has appointed two new members to its board: Jim Donald, co-chairman of the board of grocery firm Albertsons Companies, and Mark J. Tritton, president and chief executive of Bed Bath & Beyond. Existing board members Kevin Turner and Gordon Smith will not be seeking re-election to the board when their terms end on May 20.

After reorganising its buying team, Galeries Lafayette has appointed Sybille Darricarrère buying and merchandise director of womenswear, lingerie and childrenswear. Darricarrère, who previously served on the men’s side of the department store’s buying team, replaces Pascale Camart, who will now manage Galeries Lafayette’s private label brands. The retailer has also tapped Laurent Coulier, head of menswear at 24s, to lead on menswear buying and merchandising.

Vogue Singapore has named Norman Tan editor-in-chief ahead of the publication’s launch in Autumn 2020 in partnership with Indochine Media. Tan was previously editor-in-chief of Esquire Singapore for two years. The title also announced that Bettina von Schlippe, founder of R.S.V.P PR, will join as publisher.