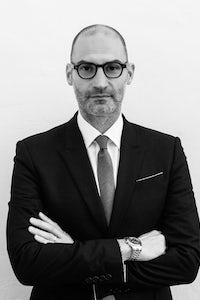 Hermès creative director of the women's product universe steps down

In a surprise move Bali Barret, creative director of the women's product universe, announced her resignation after 17 years at the Parisian fashion house. Barret, who first joined Hermès in 2003 as artistic director of its silk department, is slated to leave in October. Her successor is yet to be announced.

Jide Zeitlin, who served on Tapestry’s board for 14 years and was appointed chief executive in 2019, has resigned. The move follows a journalist’s investigation into previous allegations of misconduct. In the interim period, Chief Financial Officer Joanne Crevoiserat will serve as chief executive until a successor is appointed. Todd Kahn, the chief administrative officer and company secretary, will temporarily assume Zeitlin’s Coach responsibilities.

Ellen Shultz has been appointed chief people officer at Rent the Runway, effective September 8. Shultz, who most recently served as the executive vice president of talent and inclusion for The New York Times, will play a crucial role in leading the company’s people strategy.

Hudson’s Bay announced its Chief Financial Officer Ed Record is exiting the company. Record, who first joined the Saks Fifth Avenue owner as chief financial officer in 2017, will remain in his role until a successor is named to ensure a smooth transition.

Jack Calandra, the executive vice president, chief financial officer and treasurer of Tailored Brands, is stepping down, effective July 31. The move follows after the Men's Wearhouse owner, hard hit by the pandemic, announced plans to slash around 20 percent of its workforce and close up to 500 physical stores.

Dick's Sporting Goods adds to board of directors