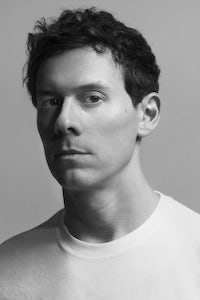 Mugler names new artistic director
Mugler has tapped Casey Cadwallader to creatively lead the house as artistic director. He succeeds David Koma, who has exited the label after four years at the creative helm. Cadwallader joins Mugler from Acne Studios, where he served as head of womenswear; he has also worked at Loewe and Narciso Rodriguez.

Theory creative director steps down
Theory’s womenswear creative director Lisa Kulson has stepped down from her role. Kulson first joined Theory in 1997, leaving in 2002 to start her own label before rejoining the company 10 years later; she has been at the creative helm since February 2014. Pre Fall 2018 will be her final collection for the label.

Tatler editor-in-chief steps down
Kate Reardon has resigned her role as editor-in-chief at Tatler after seven years at the helm. Her successor will be announced in the New Year; deputy editor Gavanndra Hodge will oversee the publication in the interim.

Elle UK appoints fashion director
Elle UK has hired Phoebe Arnold as its new fashion director. Arnold joins the title from Garage magazine, where she served in a similar position; prior to that, she was senior editor at Love magazine. She succeeds Anne-Marie Curtis, who was promoted to editor-in-chief back in April.

Coach hires presidents of Europe and North America
Coach has appointed Givenchy US president Laura Dubin-Wander to take up the role of President, North America, while Ralph Lauren veteran Fredrik Malm will be named President, Coach Europe and Coach International. Both appointments will take effect in the new year.