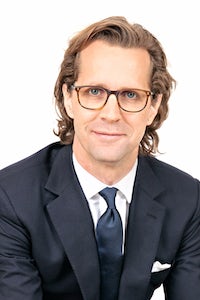 Stefan Larsson has been appointed chief executive of American clothing company PVH, effective February 2021. Larsson was previously chief executive of Ralph Lauren between 2015 and 2017 before joining PVH as president last June. Larsson will be responsible for leading PVH during a critical time for the retail sector, replacing Chief Executive Manny Chirico, who has run the company since 2006. Chirico will remain on as board chairman.

Ryan Gellert will be replacing Rose Marcario as CEO of Patagonia Works, following the latter’s exit in June. Gellert was previously general manager of Patagonia's business in Europe, the Middle East and Africa. Patagonia also announced Jenna Johnson’s appointment as CEO of Patagonia, Inc., which oversees Patagonia's apparel and equipment business, and Lisa Williams as the company’s new head of innovation, design and merchandising.

Pyer Moss Founder and Designer Kerby Jean-Raymond has been named global creative director of Reebok, expanding his four-year relationship with the sportswear brand. Jean-Raymond will report to Reebok President Matt O’Toole, and will be responsible for all apparel and footwear design at the company. The first products under his design direction are expected to come to market in 2022.

Shannon Britton has been named chief information officer of Shiseido US, where she will manage all IT application enterprises and platforms. Britton will report to Ron Gee, Shiseido Americas’ interim chief executive officer. She will also become part of the company’s North American subsidiary’s executive leadership team.

Sandra Campos has joined the advisory board of retail innovator Purple Dot, effective immediately. Campos, who formerly served as CEO of  Diane Von Furstenberg, is also the founder and CEO of the online education platform Fashion Launchpad. Campos will report to Purple Dot Founders Madeline Parra and John Talbott.