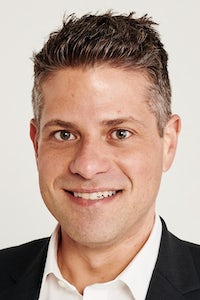 Following its recent acquisition by Vice Media, Refinery29 has appointed Gabrielle Korn to the newly created position of director of fashion and culture, effective November 2019. Prior to this appointment, Korn was editor-in-chief of Nylon and was previously worked at Refinery29 as a beauty editor. She will report to Refinery29 Co-Founder and Global Editor-in-Chief Christene Barberich.

Adidas has named Brian Grevy as its latest executive board member. Grevy, who is returning to the sportswear company after serving as chief executive of Gant, will be responsible for Global Brands. He replaces Eric Liedtke, who is stepping down after 25 years at the company at the end of this year.

Replacing Kousourna as chief strategy and development director is Flavien d’Audiffret, who was previously the group’s chief digital & innovation officer.

Howard Thomas has left Helmut Lang, where he served as creative director of men’s for two years. He is expected to move to Lacoste, where he would report to Creative Director and former colleague Louise Trotter.

Topshop has hired Gillian Ridley Whittle, formerly buying director of Marks & Spencer, as its new fashion director. She replaces Maddy Evans, whose departure from Topshop, reportedly to join Marks & Spencers in a lead buying role, was announced in July 2019.

Nike has announced that Chief Executive Mark Parker will be stepping down in 2020, with former eBay Chief Executive and Nike board member John Donahoe named as his successor.

Under Armour CEO steps down

Kevin Plank, founder and chief executive of Under Armour, is stepping down from his role to become executive chairman and chief brand officer. His successor is Patrik Frisk, currently chief operating officer, who will assume the role of CEO January 2020 and report to Plank.