Now backed by Samsung, the designer is one of the leaders of Korean fashion in the global market.

Jung Wook-jun is the Korean designer behind one of Asia’s most successful menswear labels, Juun J.

Growing up in South Korea, the presence of US armed forces, as well as the country’s mandatory military service, heavily influenced Jung’s aesthetic. “At the time I really hated uniforms because I thought they didn't look good,” he told Vogue. “But once I was discharged, after three years of service, I started to notice how practical and beautiful they are.”

The designer completed his studies at Esmod in 1992, before going on to work for various fashion houses, including Club Monaco and Chiffon. He then launched “Lone Costume,” which quickly became one of Korea’s most exciting brands before being renamed in 2007 to become the international label it is today.

In 2012, Juun J joined Samsung’s Cheil Industries, a leading group that provides funding for up-and-coming brands in Korea. Since, Juun J has garnered a strong international fan base and stockists including Dover Street New York, Harrods, L’Eclaireur and Neiman Marcus.

In 2016, he was chosen as the first Korean designer to be featured as a guest at Pitti Uomo 89. “Juun J is re-defining 21st century men's fashion,” said Vogue International’s Suzy Menkes . “He’s creating collections with a dash of ‘gender blending’ as well as subtle references to classic Korean costume.”

In May 2019, Juun J opened it's first permanent location in the form of a 1,300-square-foot flagship in Seoul. 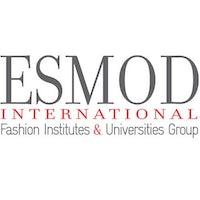 Louis Vuitton Partners with JD.com to Expand E-Commerce in China