In Paris, Fashion Is Ready for Reinvention

At the men’s fashion week that closed on Sunday, designers ditched pandemic dressing in a big bang of creativity, reports Angelo Flaccavento.

In Paris, Fashion Is Ready for Reinvention

At the men’s fashion week that closed on Sunday, designers ditched pandemic dressing in a big bang of creativity, reports Angelo Flaccavento.

Fashion is alive and kicking. Sales may still be struggling, especially in Europe, but the regenerative powers of fashion were on display at the Paris men’s fashion week which closed on Sunday. Despite being digital, it was an energising season — uplifting, in particular, because designers were not stuck in the mud of pandemic thinking, pandemic dressing. On the contrary, they took aim at the status quo and went boom. Save for a few decadent and melancholic outings, Paris skilfully ditched the dress-for-home mindset. No pyjamas, no robes as outerwear. The offerings, instead, were about fashion with a capital F, bold and unapologetic.

“Saying we will all be on the sofa six months from now would be a massive defeat — and honestly quite a bad, lazy idea,” said Jonathan Anderson at the beginning of the week, reflecting on the fashion-as-fun message — complete with primitive, Flintstones-hued furs and gigantic triangular trousers — of his new JW Anderson collection. By Saturday, he had unveiled his latest for Loewe, an homage to writer, artist and collage maestro Joe Brainard, complete with a luscious monograph sent to guests in lieu of the runway, a stimulating show in a book. 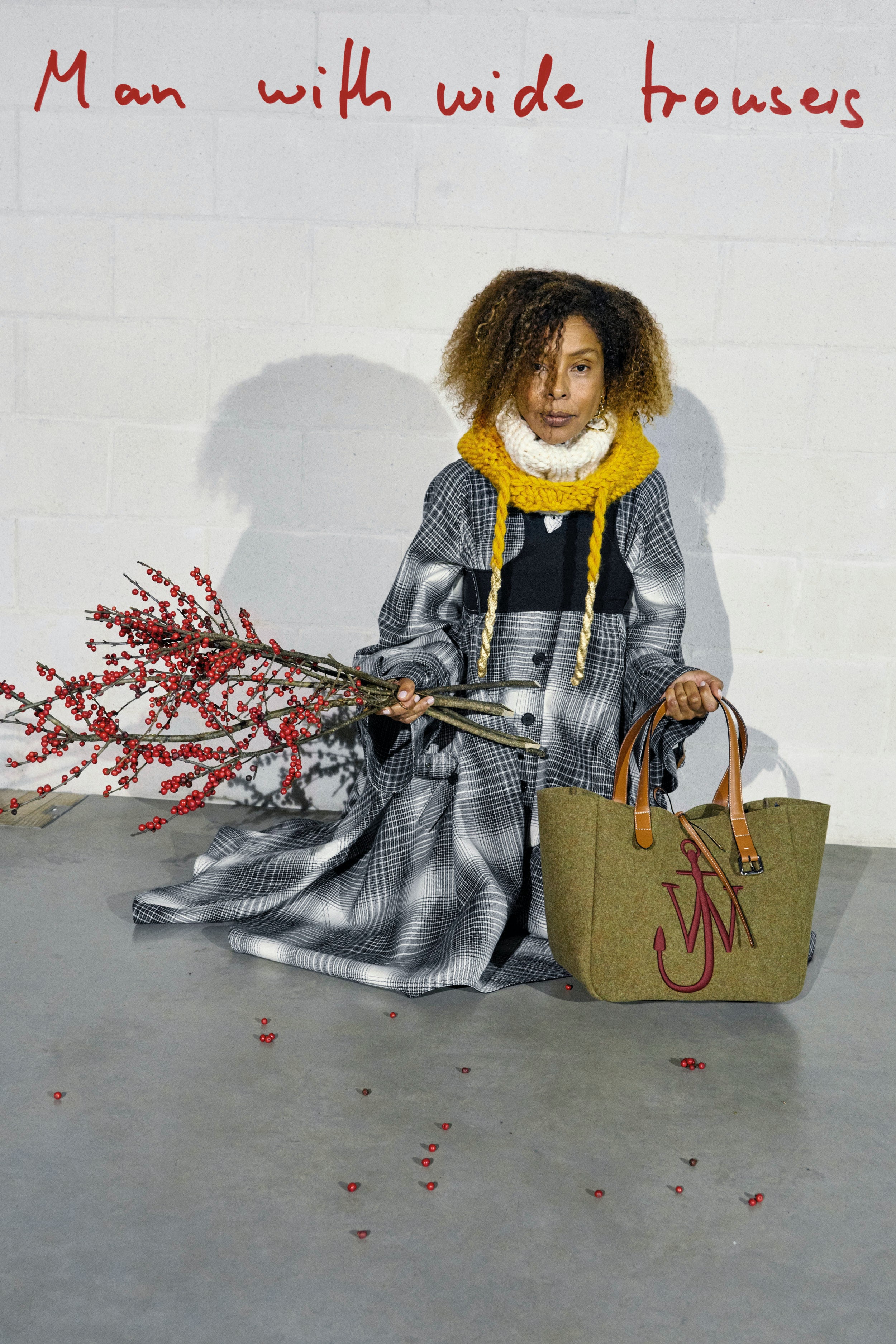 “Brainard belonged to a subcultural group. Maybe the time is ripe to start a new subculture,” mused Anderson. The notion hit a nerve. These days we are longing for alternative ways of thinking, living, behaving — not just dressing. They say digital culture, with its proclivity for propelling everything from the underground to the mainstream in a nanosecond is averse to the very idea of subculture, but Anderson’s take is different. “I think there is a lot of room for it in the sockets of the algorithm. Or maybe the new subcultures are just more verbal. Let’s start a conversation.” From bondage stovepipes of punk leanings to hippie shaggy furs to raver wallabies and humongous slacks, there were a lot of iconic subcultural tropes in his Loewe collection, collaged in deranged and captivating ways, transfigured by the Brainard surface treatment. Considering how common it is in fashion to involve an artist in a “dialogue” — at Dior, for instance, it sometimes seems like Kim Jones is ticking boxes with art megastars that make the fashion cognoscenti feel cultured and smart — it was interesting to see Anderson adopt the mindset of the artist, not just the artwork, producing pieces that were all about collage. A triple jumper — a collage of jumpers, then — might not be the most practical of items, but it worked.

Anderson was not alone in his subcultural thinking. Another Brit, Paul Smith, proposed a collage of mod sharpness, new wave angularity and great British tailoring. It felt like a ‘Greatest Hits’ with a zing of irony, making for one of the designer’s most clear, concise and appealing collections in years.

“Born to be Terrorist” was emblazoned on a few of the jackets in Yohji Yamamoto’s digital show. There was a heavy dose of punk abrasion to the proceedings, which came in the mandatory solid black and roomy shapes. The older he gets, the more Yohji-san refuses to be the wise elderly in favour of the forever provocateur. This season, he felt less poetic than usual, but wonderfully spot on in spirit, proving a master of reinvention within the extreme economy of his own aesthetic language.

Rick Owens is another master of energetic black, both as a colour and as a state of mind. This season’s collection was positively dramatic, biblical even. But Owens’ monks, wearing Kiss heels and hooded, The Name of the Rose cloaks, are of a wholly different breed. And, this week it was another blast of fury and glamour, with a grungy aftertaste. Season after season, it is captivating to see how much Owens stays loyal to his vision while relentlessly evolving. He is a real dressmaker, and it shows, but also a consummate showman. 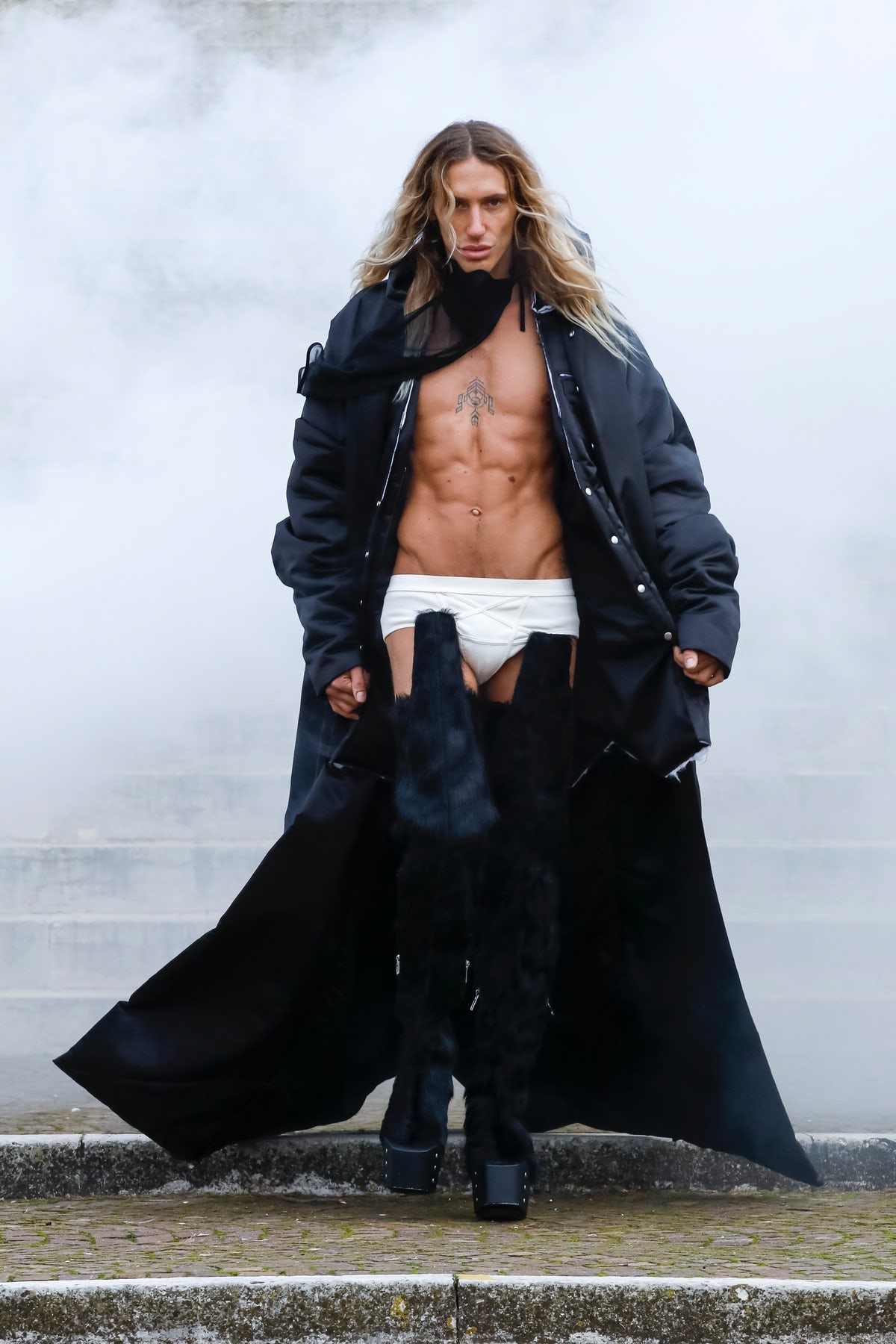 Hoods and trains à la the Middle Ages — an era wrongly perceived as dark, but actually not dissimilar from the times we are inhabiting — were all the rage this season. Clothing as armour, innit? There was an armour-like feeling, complete with smashing silver jewellery at Jil Sander, where Lucie and Luke Meier gave a new, slightly rebellious spin to their faultlessly monastic tailoring, and scored. The kind of urban functionalism Matthew Williams proposed at Alyx felt stuck halfway between Star Trek and Game of Thrones, with a vivifying jolt of colour to make it look fresh. Capes, belted at the waist with ropes (Saint Francis style) and elongated jackets mixed wonderfully at Boramy Viguier, a designer to watch closely for his mix of mysticism and pragmatism. Meanwhile, GmbH’s tailored armour was of a wholly different kind: gloriously sensual and sculpturally body conscious. Presented with a majestic yet very simple video show, this was Benjamin Huseby and Serhat Isik’s most accomplished collection so far.

The coat-capes and the solemn volumes at Hed Mayner, stuck between protection and making a statement, beautifully captured the psychological dichotomy of this moment. There was a new sense of sharpness to the Israeli designer’s output that felt relevant. While others were thinking of fashion as fun and escape — for Phipps, an escapist mindset came with environmental responsibility — master of colour and print Dries Van Noten went in the opposite direction. He focused on masculine staples, which he reworked by way of volume and shape, delivering a series of highly desirable pieces, at once familiar and not. Veronique Nichanian, at Hermès, brought a welcome graphic spin to a recipe that has always been about nonchalance for an outing that felt jolly and fresh. Botter was jolly, too: a saturation of bright brights for sharp tailoring with a lot of function. 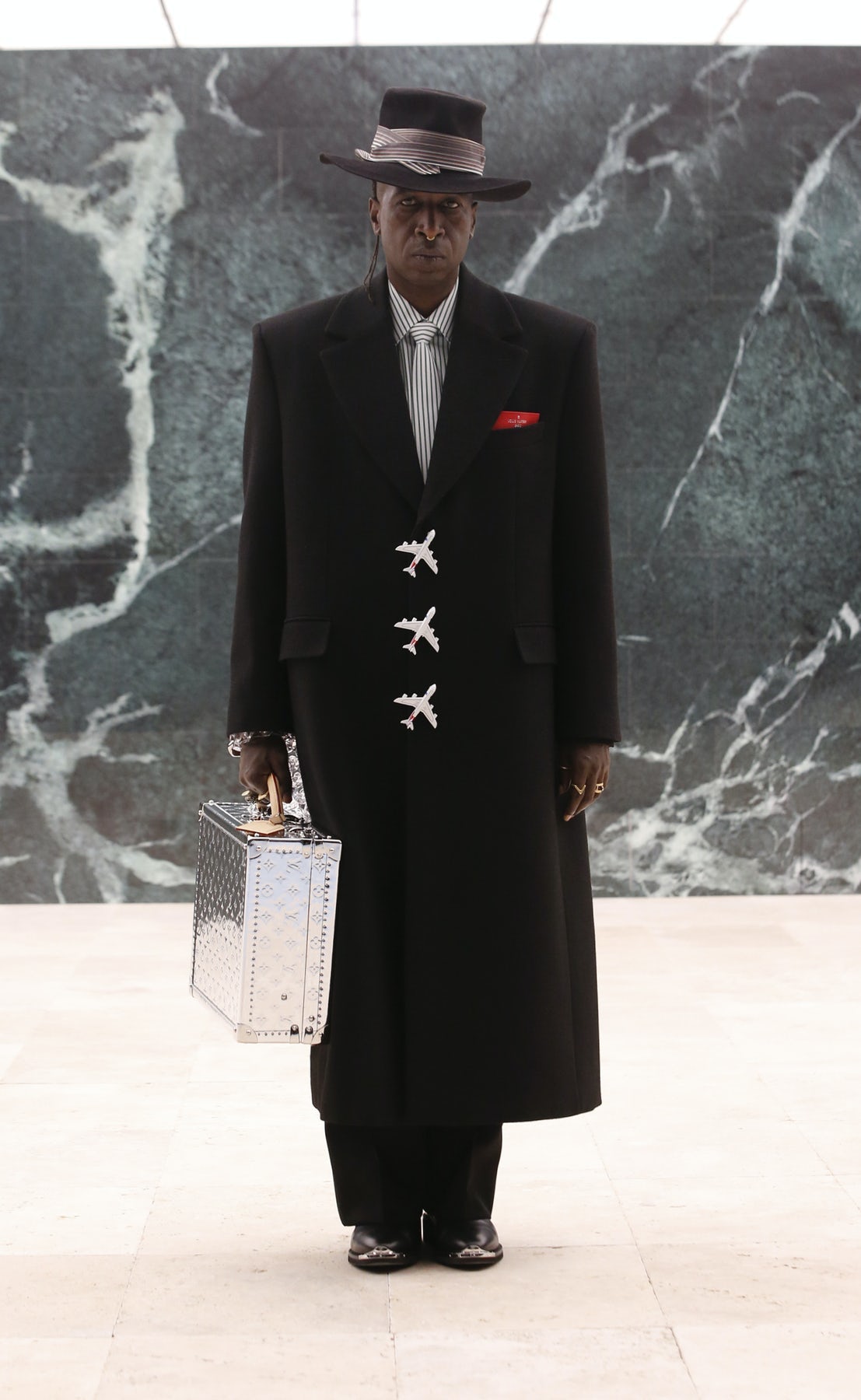 At Louis Vuitton, Virgil Abloh finally went his own way and it felt both convincing and fashion forward. Stylist Ibrahim Kamara was a wise addition to the recipe. Working on notions of masculine stereotypes, insider-ism versus outsider-ism and race — all of it packed within the best fashion film of the whole season — Abloh and his team created a kaleidoscope of shapes, patterns and iconographies that was catchy to see and engaging to decipher. Dior’s Kim Jones injected a high and slightly camp dose of military parade dressing into the proceedings, mixed it with prints and jacquards devised after the work of Peter Doing and it felt lively.

Ultimately, the spirit of the season was positively chaotic: a big bang of sorts. And nowhere was it more chaotic than at Y/Project: a primordial soup of twisting and twirling shapes; clothing that can be worn in many ways. This kind of creative burst is what makes fashion so energising, reinvention at the ready. If Paris is any indicator, we are set for a multiplicity of masculine looks and all the better for it.