The Year Ahead: Fashion Is Set for a Surge in M&A

As the gap widens between the best-performing companies and the rest, M&A activity will increase as leaders manoeuvre to take market share, unlock new opportunities and expand capabilities.

The Year Ahead: Fashion Is Set for a Surge in M&A

As the gap widens between the best-performing companies and the rest, M&A activity will increase as leaders manoeuvre to take market share, unlock new opportunities and expand capabilities.

Even before Covid-19, fashion was a winner-takes-all industry. In 2019, the top quintile accounted for 200 percent of the industry’s economic profit, while the remainder made a negative contribution, meaning they lost money (see the MGFI on page 108). Some 34 percent of listed fashion companies were already showing signs of distress pre-crisis. During the early phase of the crisis, from March to September 2020, we witnessed a “Darwinian Shakeout,” with at least 20 major companies entering bankruptcy restructurings at a wide range of fashion companies including US retailers Century 21 and Ascena Retail, British department store Debenhams, Dubai-based e-tailer The Modist and Japanese apparel maker Renown.

The industry’s mid-pandemic economics could be set to get a lot worse. Listed fashion companies representing around $50 billion of revenue are loss-making or incurring unhealthy levels of debt, according to McKinsey Fashion Scenarios (based on information available September 2020). For years, mid-market brands have been squeezed as profits concentrated around the luxury and value segments. Similarly, brick-and-mortar retail has been on a long downward trajectory, with department stores on the front line, leading to many relatively small but healthy brands coming under pressure from declining wholesale demand. Some of these are building direct-to-consumer offerings, but that takes time and investment.

With governments around the world considering winding down official support schemes and with the development of vaccines and drugs still ongoing, the future looks uncertain. We estimate that under a partial-support scenario, around 50 percent of companies would show signs of distress. Without any subsidy at all, the situation would almost certainly be worse. Europe could see as many as three in four companies facing existential challenges.

When it comes to M&A strategy, there is likely to be a focus on deals that offer upside in the “new normal” market environment that emerges out of the pandemic crisis.

While many distressed companies face bankruptcy and liquidation, some may emerge from restructuring with a relatively clean balance sheet, without huge debt burdens and with an opportunity to rebalance the business. Both Neiman Marcus and J.Crew have filed for bankruptcy and emerged cleaner as a result, the former having shed $4 billion of debt and the latter with a new majority owner and $1.6 billion of debt converted to equity. Neiman Marcus Group Chief Executive Geoffroy van Raemdonck described it as a “defining moment” for the American department store on The Business of Fashion Podcast amid the company’s bankruptcy proceedings.

A market landscape with fewer players will lead to share gains for those who remain, a trend that stronger companies like to highlight to investors to soften pandemic sales results. Strategies to capture market share from competitors hit by Covid-19 have been announced by department store chains Kohl’s and Bloomingdale’s, with the latter believing that $10 billion in market share is waiting to be taken. If we assume more bankruptcies are inevitable, a likely accompanying trend will be consolidation, with cash-rich players able to pick up assets at relatively low prices. This would echo the pattern seen after the 2008 financial crisis, but the magnitude is likely to be greater this time around, with potential targets counted in their thousands.

When it comes to M&A strategy, there is likely to be a focus on deals that offer upside in the “new normal” market environment that emerges out of the pandemic crisis. While there will be many motivating factors for the selection of acquisition targets, we see three primary drivers: consolidation for market share through new categories or geographies, gaining or strengthening new routes to market, and acquiring new capabilities. 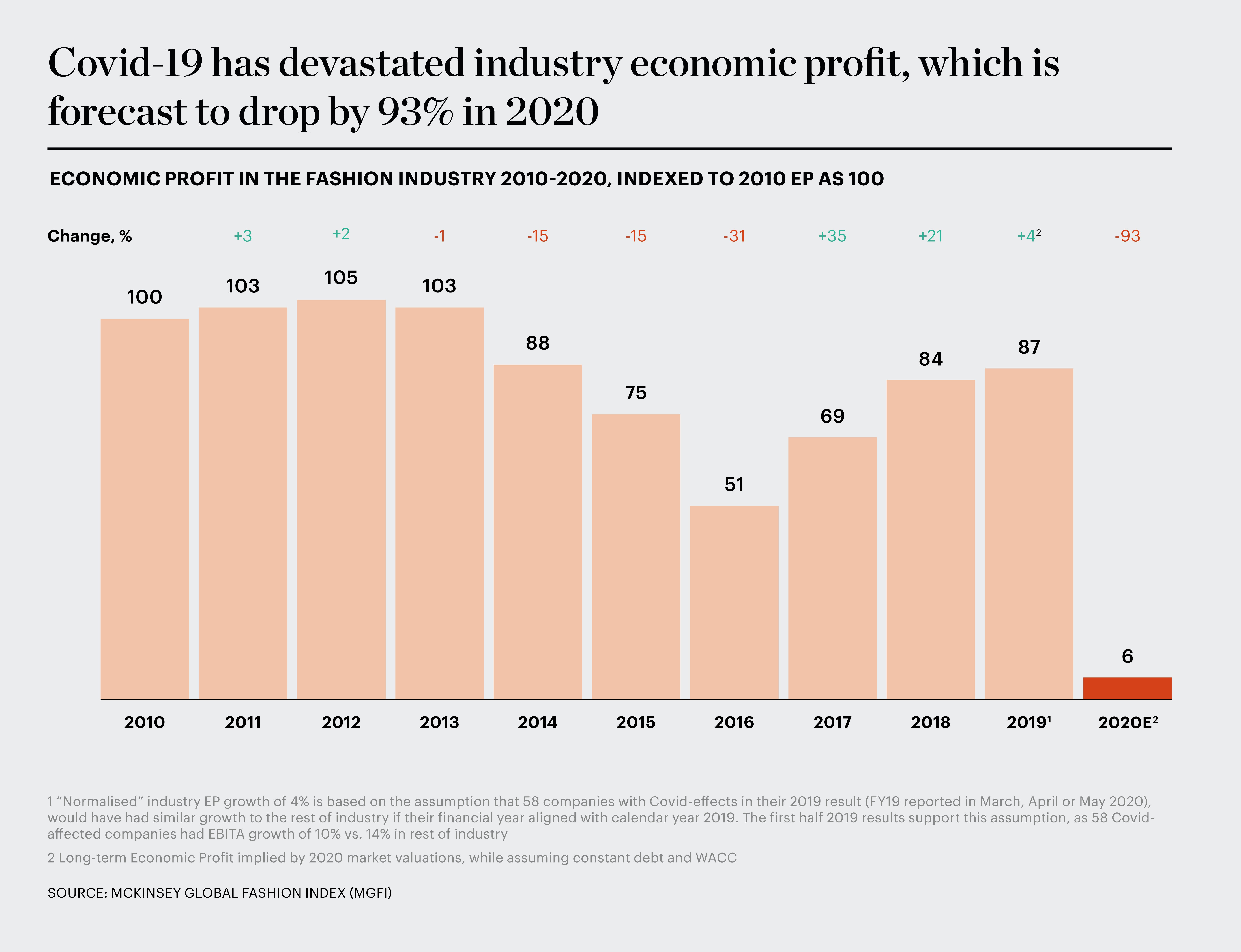 Stronger companies will focus on category and geographic expansion, targeting players with robust brand equity and with a diversified footprint from the acquirers’ home markets. Often, acquirers target companies that have a similar business model or channel focus, which is likely to make integration easier. Previous crises have led to some smart consolidation deals. Nike, for example, purchased Converse in 2003, following the dotcom crash, and grew the brand’s sales tenfold, while Gap Inc. bought athleisure line Athleta in 2008, in the wake of the global financial crisis. Similarly, India’s largest retailer, Reliance Retail, was reportedly “in talks” with bankrupt UK department store chain Debenhams in September 2020 about a potential takeover. Historically, this type of deal has been the most prevalent motivation for takeovers.

Opportunistic acquirers will strengthen their positions in booming e-commerce and direct-to-consumer markets, as was seen in June 2020 when Boohoo Group snapped up the direct-to-consumer businesses and intellectual property of fellow UK brands Oasis and Warehouse, while leaving their costly store network out of the deal. In September, Boohoo was reportedly eyeing New Look with the same strategy in mind. Among vertical deals this year, French label Naf Naf was sold to its Turkish supplier SY International, and US mall operator Simon Property Group bought parts of Brooks Brothers and denim retailer Lucky Brand.

In a small but significant proportion of cases, the motivation for M&A is to acquire capabilities, for example in technology, payments, supply chain functions and craftsmanship. The latter may emerge as a dominant M&A theme among luxury companies. French Legacy Group bought shoe brand Clergerie in July, citing interest in not just the brand, but also the factory of 112 artisans in Romans-sur-Isère.

If the potential to undertake M&A was based on financial resources alone, companies in the running for deal-making would include LVMH, Fast Retailing, Richemont and Inditex. Together, the top 10 companies by cash holdings have close to $80 billion set aside, which is more than 40 percent of the total cash held by all listed fashion companies globally. Additionally, internet retailers, which have seen rising demand during the Covid-19 outbreak, may leverage recent robust trading conditions to raise additional cash for acquisitions. Apart from fashion players, private equity funds represent a category of potential buyers with deep pockets: they were holding a record $1.5 trillion in cash reserves at the beginning of 2020.

Looking ahead, we expect stronger fashion companies to expand into new categories, geographies and channels, both by capturing market share organically and by picking up distressed brands. We are also likely to see strategic hedging plays, in which brands try to insure themselves against potential shifts in consumer demand. With these plays in mind, companies should think carefully about how they plan to integrate and embed new assets into their existing structure because this often is the determining factor of value creation from a transaction. However, buyers should also beware — distressed companies without a clear strategy or brand value are unlikely to be salvageable, even with new ownership and restructuring. Either way, we expect competition to heat up as the crisis begins to abate, so companies will need to act fast to seize the best M&A and growth opportunities out there.