COPENHAGEN, Denmark — In Copenhagen, more than 50 percent of the city’s population navigates the streets by bicycle. The dedicated lanes on the cobbled roads are a steady trickle of thinly wheeled bikes, which locals often leave outside on the street, unlocked, as they pop into a café for an open sandwich or steamed artichoke.

Naturally, shoes are kept comfortable — sandals or sneakers, although during Copenhagen Fashion Week, heels are not uncommon — and helmets are barely worn. Instead, it’s printed dresses over T-shirts, pleated skirts and striped shirts. Known as “Copenhagen girls,” they combine playful and laid-back layering with a love of trends. The bike, however, is a key element of the insouciant attitude and look.

In recent years, the world has looked to Denmark for inspiration for furniture (Fritz Hansen), television drama (“The Bridge” and “The Killing”) and food (Noma). There is also the cultural phenomenon of “hygge,” the Danish art of comfort and cosiness, which has been adopted by the rest of the world.

Denmark’s fashion industry, too, has produced a number of craft-focused designers like Sophie Bille Brahe, Cecilie Bahnsen and Noam Griegst, as well as ready-to-wear brands such as Ganni, Malene Birger, Wood Wood, Saks Potts, Astrid Andersen, and a flock of street style personalities including Pernille Teisbaek, Maria Palm, Frederikke Sofie and Caroline Brasch. Most of these people and the figures behind the brands form a close-knit community that sits at the heart of the Danish fashion industry, now the country’s fourth largest export, with 26 billion Krone (approximately $7.3 billion) in exports in 2016 according to Danmark Statistik. 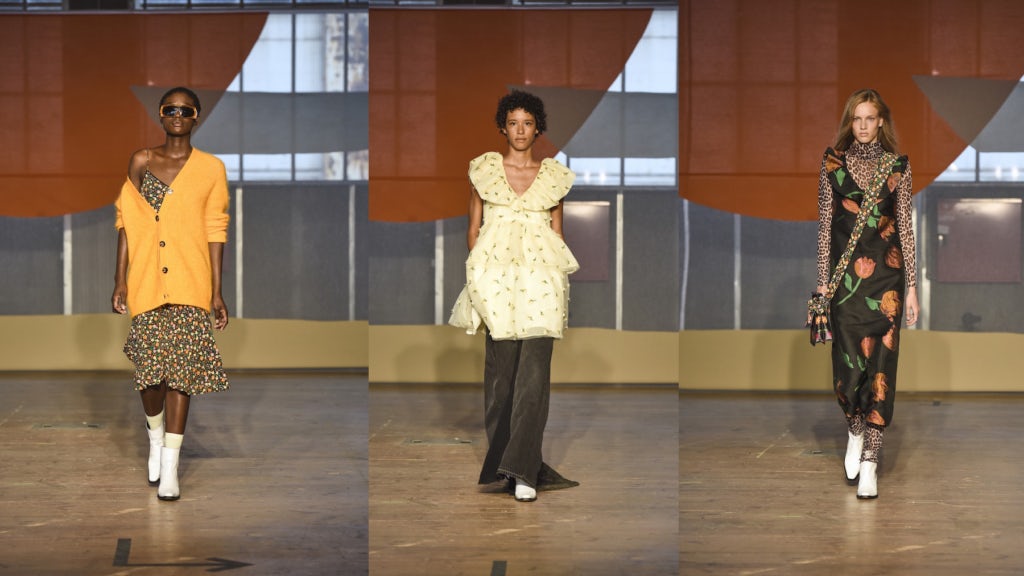 “Two seasons ago, people didn’t take Copenhagen Fashion Week seriously,” says Barbara Potts, the 23-year-old co-designer of Saks Potts. “You would get a few editors, but now it really feels like everyone is here, and there’s a lot coming out of here in terms of fashion and food,” adds her partner Cathrine Saks. “We’re separating ourselves from this minimalism that people think we are about; it’s about colour and taking risks.”

Now in its eighth season, Saks Potts has over 50 international stockists, including Net-a-Porter and MatchesFashion.com, where they have a sell-through rate of 80 to 100 percent. The designers are savvy marketers too — rumour has it that they would hang out at Paris’ Hotel Costes and gift to famous people they wanted to see in their colourful shearling jackets. They are also keen to shatter perceptions of Scandinavian minimalism, instead looking to the naughts era of Paris Hilton and Nicole Richie, as well as the documentary photography of Martin Parr.

Their show was an exuberant display of textures, branded silk and jersey, and camp models — but it showcased their neat offering of shearling and fur coats (the fur industry is one of Denmark’s largest exports, they point out) so loved by Copenhagen locals. “We want to reflect the girls that we know,” says Potts. 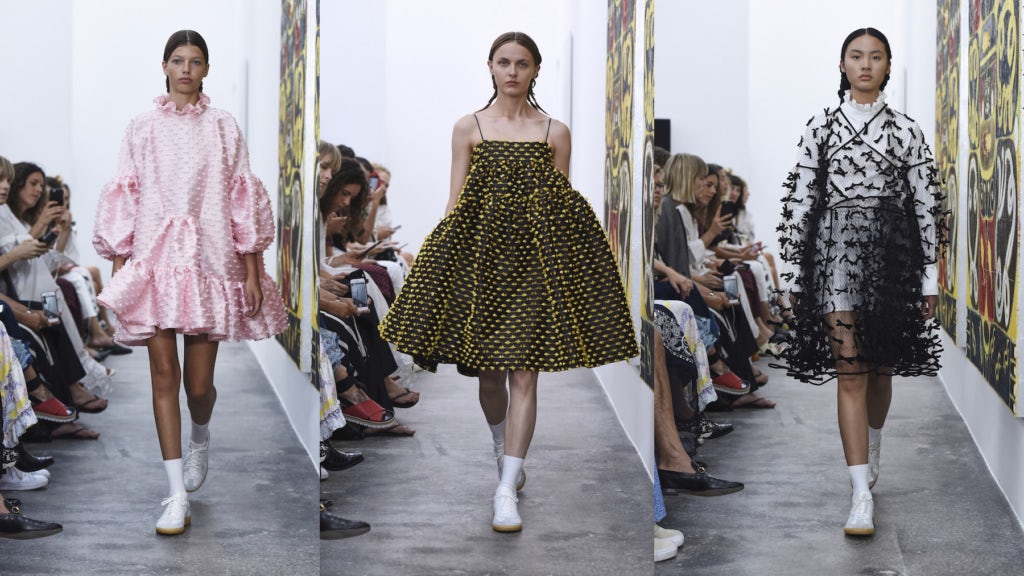 At Copenhagen Fashion Week, there has been a noticeable rise in international press and buyers. This is thanks to the international reach of larger brands such as Ganni, now a $60 million business, and Day Birger. This season, Ganni secured a contract with photographer Tommy Ton for its show and after-party, though Ton was also shooting outside other shows throughout the week.

The international focus benefits smaller labels such as Cecilie Bahnsen, who studied at the Royal College of Art in London and was selected as a finalist for the LVMH Prize earlier this year. Bahnsen staged her first standalone show in Copenhagen this week, marking a homecoming for the designer as she establishes her brand in the Danish capital. “People have been supportive of doing something different by being here,” she said. “There’s more possibility of progress and lower costs [than in London].”Her intricate designs are stocked at premium boutiques, but they aren’t out of touch with the effortless Danish sensibility. “We have a relaxed-ness in the way we wear things,” she explains.

At her show, velvet-strewn net babydoll dresses were worn over T-shirts, while jeans and satin tunics were worn with sneakers. The collection itself was inspired by the “Balenciaga: Shaping Fashion” exhibition at the Victoria & Albert Museum in London, and the designer’s desire to create grown-up uniforms for the kind of girl who “could be Peggy Guggenheim’s niece” at an art gallery or on a school trip. 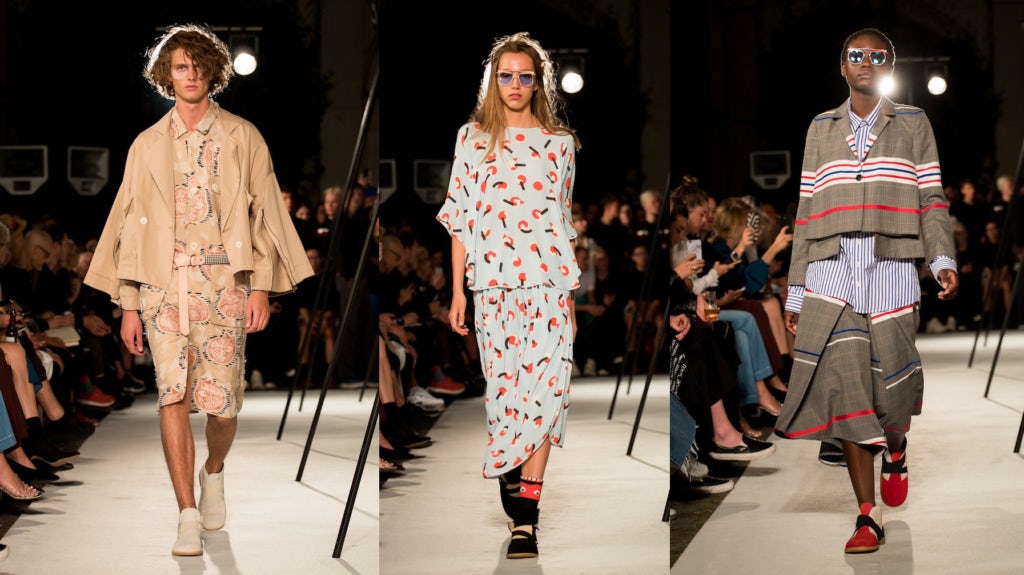 Throughout the city, it’s difficult to ignore the spirit of the 20th century Danish Modern movement. Decades before and after World War II, a radical regeneration of Danish architecture and product design was in motion, with materials native to Denmark — brick, tiles and wood from the country’s immense forests — became the medium for creating innovative furniture and living spaces. In 1949, at the Design Museum in Copenhagen, Hans J. Wegner presented the chair that was dubbed “The Chair” by American journalists. It became a symbol of a giant Danish export adventure and a national brand known as Danish Modern. Wegner, who in his quest for the perfect chair, designed more than 500 different ideas for the optimal chair, explained that “the chair is the closest thing to a human being. You can give it a personal expression.”

Today, one could go as far as to say that Danish fashion is the new Danish furniture.

“[Most of] Danish fashion is inspired by the golden age of Danish furniture,” says Karl-Oskar Olsen, who co-founded international menswear brand Wood Wood a decade-and-a-half ago with Brian SS Jensen. The brand celebrated its 15th anniversary at Copenhagen Fashion Week with a collaboration with Adidas Originals and a block party in the area surrounding its store. “In terms of our aesthetics and our ability to create shapes that are delicate yet minimalistic, and our choice of materials, there is a big legacy of the heritage of furniture.” 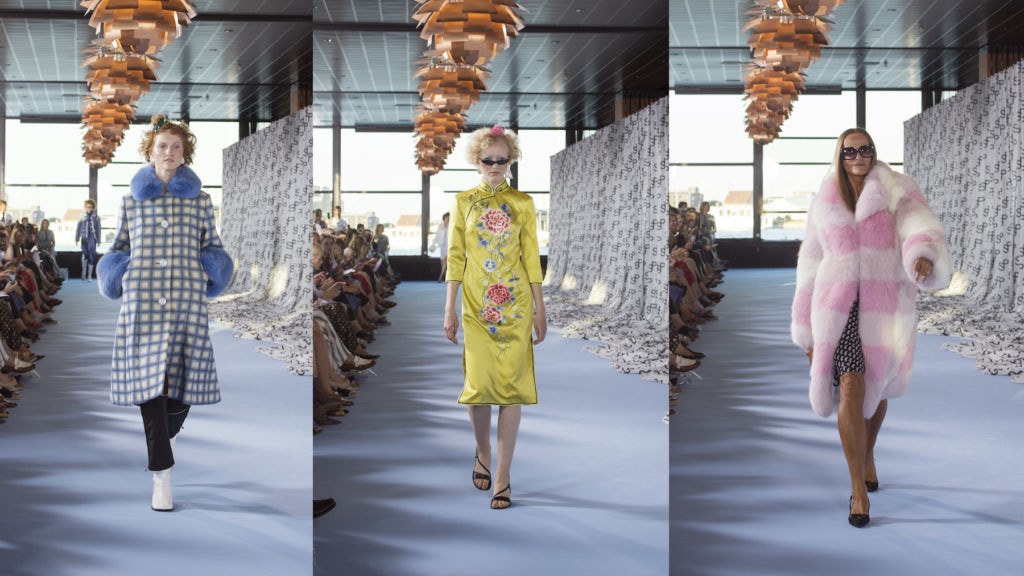 However, in terms of business and the visibility of the fashion industry, Olsen is quick to add that it owes much more to Noma than Arne Jacobsen. “Noma has brought a crowd to Copenhagen that is really interested in fashion,” he says. Another big driver of tourism in the city are the cruises that pass through the harbour — though local fashion insiders say that those tourists tend to shop at traditional luxury boutiques like Gucci, Stella McCartney and Burberry.

Her collection was inspired by the floral arrangements of Karen Blixen, the Danish author whose life was the inspiration for “Out of Africa,” and the flower-shaped designs will form a seasonal counterpart to her core offering of statement jewellery that could be seen on the ears of many of the women attending the week’s shows. But despite her participation in Copenhagen Fashion Week, Bille Brahe still does her sales in Paris. “I can’t have too many stores, which may sound strange, but to be selling here wouldn’t make sense for me,” she says. “I think we are a country that likes to do things in flux and Danish people are much more aware of what they want to use as a driving force.” 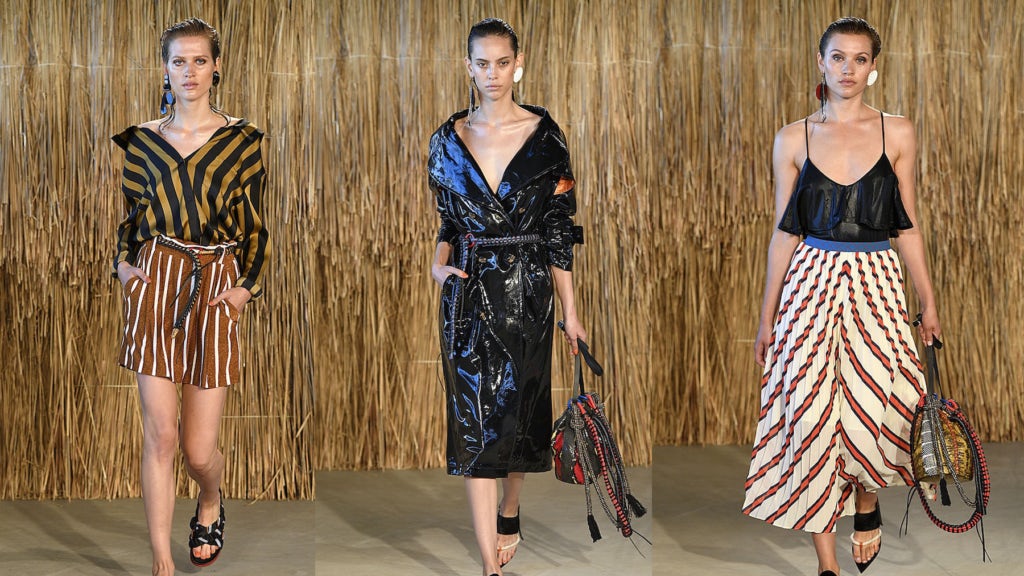 One of Bille Brahe’s favourite Copenhagen creatives is Tage Andersen, the eccentric florist and sculptor who is the proprietor of a “flower shop and museum” in central Copenhagen. In his shop, which is full of handmade curiosities and birdcages with exotic birds, it is clear that there is a more romantic side of Copenhagen that echoes the fairytales of Hans Christian Andersen.

One of Tage Andersen’s contemporaries was Arje Griegst, a jewellery designer known for his colourful Rococo designs which he began making in the early ’60s, all swirls, volcanic textures and suspended stones. Andersen and Arje were part of a generation of Danes who rebelled against the stringent lines of mid-century modernism and redefined the approach to contemporary design for a new generation of designers and artists. Today Arje’s son, Noam Griegst, has relaunched some of his father’s designs and created exact replicas for the contemporary consumer.

Copenhagen stands in contrast to the androgynous, structured aesthetic of Stockholm, which is often hailed Scandinavia’s fashion capital. Ulrika Lundgren, who owns the Rika ready-to-wear line and magazine, is a Swede who can see the appeal of Copenhagen as an objective neighbour. “Stockholm is good at clean and structured lines, but Denmark is more romantic and wild,” she explains. “Us Swedes come south and see it as more bohemian and carefree, whereas in Stockholm, it’s [all] more conceptual. People look exactly the same there. In Copenhagen, people like to make things with their hands and it’s natural, but always sophisticated.”