LONDON, United Kingdom — “It zoomed up really quickly — I went from making nothing to six figures. Since then, it dipped and then it plateaued," says Phil Oh, the first-generation street style photographer whose work for his blog Streetpeeper.com netted him a sought-after fashion week contract for Vogue.com.

Today, many street style photographers report that the market for street style images has become saturated. Professional cameras are more affordable than ever, and so barriers to entry have fallen and supply is now fast outpacing demand with more and more people sharing their experiences outside of fashion shows as a way to gain online followers.

“The ratio is definitely unbalanced. When I started there were less than 15 of us. Now there can be as many as 250 outside of a big show,” says Adam Katz Sinding, for whom street style photography turned from a hobby into a business upon moving to New York in 2011. “Back then it was a lot easier because there were a lot less photographers but also less people going to the shows. Now there are more photographers than there are people to take photos of.” 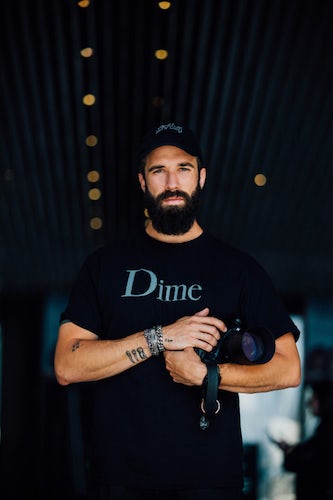 “Normally in New York I'm pulling my hair out because there's so much work, but it's an unsure time,” says Katz Sinding, who, before publications cut down rates, would make up to $20,000 per big publication in a good month. "For the first time, I was terrified that I wouldn't have any clients. I've lost so many jobs recently, even though I'm asking for less than a reasonable rate," adds the photographer, whose clients in the past month have included W Magazine, Allure and Karla Otto. "It's watered down by the fact that if you don't do a publication, there's a kid that's going to do it for free and that's the problem.”

Online publications like The Cut, Vogue and W Magazine were among the first to recognise street style coverage as a way to lure readers and it has since become an integral part of their fashion week coverage. However, street style is no longer limited to online fashion publications; today, everyone from Net-a-Porter and Farfetch to popular Instagram feeds are flooding the market with imagery, arguably changing the value of street style photography.

Stella Bugbee, editorial director of the Cut, agrees. "We have stepped back a little from the breathless coverage of fashion week street style mainly because of the rise of Instagram, where "stars" have the ability to broadcast their own looks and the ubiquity of slideshows on fashion websites dilutes the coverage. We continue to cover it, but it doesn't carry the same weight as it did five years ago.”

Certainly, a tightly edited online gallery is more impactful in a media landscape where differentiating yourself has become increasingly challenging. "For the major cities, per season, we'll have around 250 photos. I try to make W stand out by finding new ways to revise the stories on our website," says Biel Parklee, digital visual editor at W Magazine, who finds that street style galleries are among the site's best performing content and can generate 10,000 to 50,000 page views per season.

To broaden the appeal of such posts, W has started to send photographers like Katz Sinding to emerging fashion markets, including Oslo, Tbilisi and Tokyo. "We evolve more stories out of it when we send photographers. There's always a peg to it and we always discuss what we can do more than just street style and what we can get out of it," says Parklee.

For many photographers, however, the primary revenue source is from commercial projects like advertising campaigns, and street style photography is an effective way to gain recognition and build an online following. It is similar on the other side of the lens. Chiara Ferragni, Aimee Song and Pernille Teisbaek are among the digital influencers who have managed to parlay their street style credibility into brand partnerships.

"I was one of the girls who wasn't really part of the industry and getting photographed," says Paris-raised, London-based influencer Camille Charrière, who started attending fashion weeks for her personal blog three years ago. "It was a massive boost in terms of exposure. Magazines like Vogue, Harper's Bazaar and Elle were publishing pictures of me and even though my name wasn't always linked to a photo it got people talking, which meant that quite quickly brands were wanting to work with me." 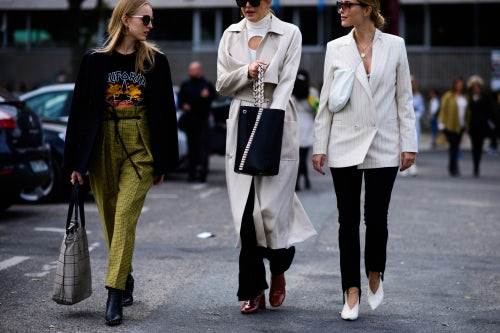 Since then, Charrière has collaborated with brands as diverse as Mango, Swarovski, Net-a-Porter and Mercedes-Benz. "It takes time before you build a name for yourself and these brands that have a big name are only going to work with you if you have a voice within the industry," she explains.

During show season, Charrière can charge thousands for a single branded post on one of her social channels, though she is quick to note that her rate varies widely depending on the specifics of the contractual agreements she has with brands and adds that not all clothing is gifted either. "It's really about your relationships with the brands. Each brand has its own way of doing things, some gift, some want to lend you things and some don't want to work with you at all and you have to buy it," she says.

"Street style has become the back story whereas in the past few seasons it was the front story. I also see it in the coverage it gets. There used to be thousands of pictures online, even that has diminished a bit more now."

The exposure derived from street style has equally helped established brands to strengthen their visibility, as well as helping to cultivate a following for emerging labels, as seen with Mansur Gavriel, Reformation and Paula Cademartori, which were endorsed by the right influencers and have seen their businesses grow rapidly as a result.

"Street style was absolutely irreplaceable in making my bags and shoes visible at a national and international level," says Brazilian accessories designer Paula Cademartori, whose breakthrough came during her second season when her handbags’ peacock-bright colours were pictured on the arms of street style favourites Miroslava Duma and Anna Dello Russo.

The initial buzz has cooled off, but street style remains a fundamental part of the brand's marketing strategy. "With the market being saturated I still believe that for such a young brand like mine, street style plays an important role," says Cademartori. "It's maybe more selected and edited now in terms of products, however it is still definitely a key tool to strengthen brand visibility worldwide." 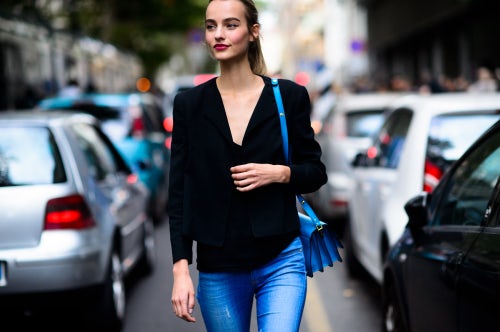 For others, like Danish womenswear label Ganni, working with influencers has been a carefully thought-out marketing strategy since the beginning. Each season, the company works with 10 to 15 brand ambassadors who are regulars on the fashion week circuit. "Especially now, more than earlier, we work with street style and social media influencers as a brand exercise," says Ganni chief executive officer Nikolaj Reffstrupp. "We gift and also lend out styles to people to get the products out there but we also manage it tightly to know which products we have on the streets at what time.

"The impact has been massive, both commercially but also for the brand itself," says Reffstrupp, who adds that the company's revenue has grown 51 percent CAGR (compound annual growth rate) since 2009.

For brands like Ganni to be successful in their influencer strategy, however, authenticity is key. "Street style images will always be relevant because they showcase your brand in a natural and relatable context," Reffstrupp explains. "If [authenticity] is lacking, it can lead to over-saturation, and this is definitely something I see brands becoming more aware of."

But though strategies and platforms may have changed, for the time being, the core of great street style remains the same. "I don't come here to sell photos and make money," says Katz Sinding. "It is a nice by-product, but I do this because I love it and I'll book my tickets no matter what, until I can't afford it anymore."

The Business of Blogging | The Sartorialist