Overwhelmingly positive results for the first half of 2018 have done little to calm investors, who fear the impact of the US-China trade war.

LONDON, United Kingdom — Overwhelmingly positive results for the first half of 2018 have done little to calm the nerves of investors fearing the impact of a potential trade war between the United States and China on already high sector valuations.

July has merged seamlessly into August with yet another string of positive results, this time from Kering, Prada, Tiffany, Tod's, Brunello Cucinelli, Estée Lauder and Michael Kors. However, they did little to calm investors' nerves in the face of continuing trade tensions between the US and most of the world but, in particular, China.

Luxury companies are nevertheless renewing their focus on China, investing heavily in the market for the first time since the government’s crackdown on conspicuous spending. Luxury-hungry and cash-rich Chinese millennials are prompting brands to revamp some stores and open new ones in second- and third-tier cities where spending is growing faster. Import duties on certain products and a clampdown by the Chinese government on personal imports of luxury goods have also helped push up local luxury sales.

Meanwhile, this month, Riccardo Tisci and Hedi Slimane created waves on the internet with their revamped logos for Burberry and Celine, respectively. Both designers are not afraid to upset the apple cart; Slimane’s purge of design codes with Celine being reminiscent of his controversial move to take Yves out of Saint Laurent in 2012. The stir caused by these new logos reflect their importance in ascribing value to leather goods and accessories, but also their ability to sell fragrances and cosmetics. At any rate, there will be no confusion as to what products bear the hallmarks of Tisci and Slimane versus those of their predecessors.

The three deals announced this month were all in jewellery and watches, underscoring the recovery of this segment: Japan-based conglomerate Sanyo acquired a controlling stake in jewellery manufacturer Kuwayama; Korea-based industrial group ITCen led a consortium investment in gold jewellery company 3M Gold Co.; and in the US, Movado acquired MVMT Watches, a direct-to-consumer watch and sunglasses brand set up in 2013 to disrupt the traditional watch market model.

Despite gaining 1.5 percentage points this month, the Savigny Luxury Index (“SLI”) has still not recovered the ground it lost in June and is trailing behind the MSCI over a three-month period. 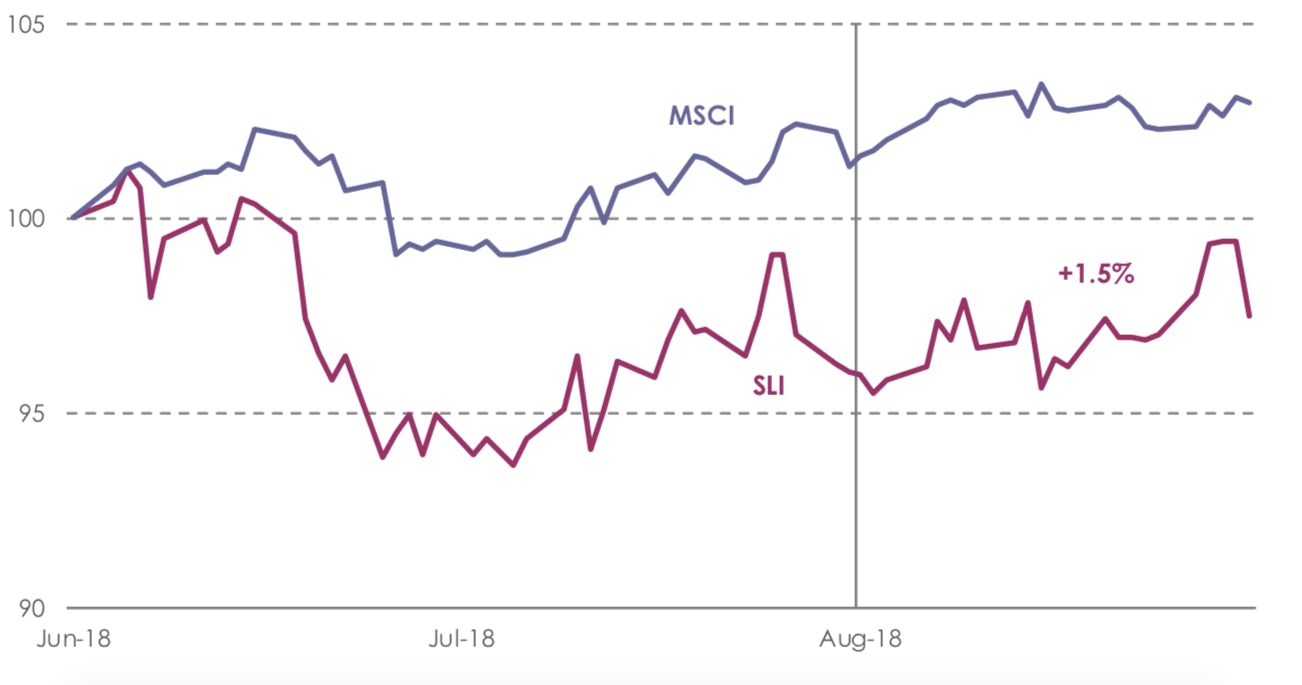 Sector valuation multiples have been creeping up this year, which explains some of the recent volatility of the SLI. Increasing uncertainty over global trade, in particular tensions between the US and China, is adding fuel to the fire. UBS analysts predict that the luxury sector could face up to a 30 percent devaluation in the event of a fully fledged trade war, highlighting the importance of both China and the US as consumers of luxury goods. Whether such fears are warranted remains to be seen. 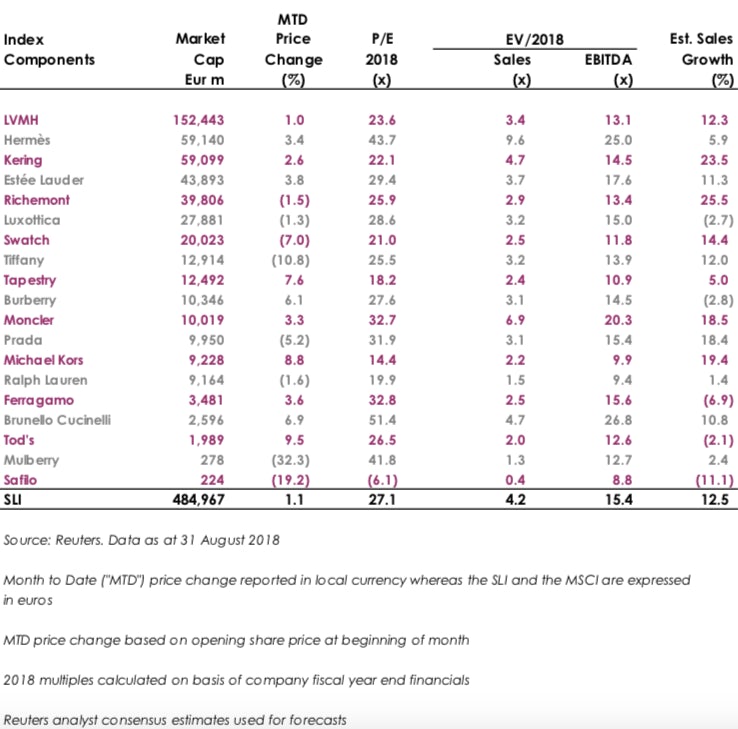