How to Leverage Myntra to Expand in India

Partnering with the e-commerce giant is an increasingly popular way to tap the India opportunity but it comes with downsides like deep discounting.

How to Leverage Myntra to Expand in India

Partnering with the e-commerce giant is an increasingly popular way to tap the India opportunity but it comes with downsides like deep discounting.

A number of prominent international brands including H&M, Adidas, Calvin Klein and Marks and Spencer have already partnered with fashion etailer Myntra to boost sales in the India market and so far, the strategy seems to be working.

Puma recently said it is eyeing 500 crore rupees (almost $70 million) in annual turnover on Myntra’s platform over the next year, and Gap Inc. is reportedly in talks with Myntra about a potential partnership in India after ending a franchise pact with Arvind Lifestyle Brands Ltd last year.

If Gap is indeed considering a tie up with Myntra that encompasses both online and offline operations, as has been reported in India’s financial press, they could be well served looking to the example of Mango, the Spanish high street retailer with 20 years in the Indian market, which partnered with Myntra back in 2014 in a deal that spanned both online and offline retail operations.

“We are very, very, very pleased,” Daniel López, Mango’s director of expansion and franchises, told BoF, adding that its online business in India has grown in the vicinity of 80 percent over the past year.

“Myntra is a company that has data and customer-centricity at the centre of their strategy, therefore they very quickly started to put all the omnichannel capabilities in the Mango stores and started to rely on data to help bring the best products and service to the Mango clientele in India. Our growth since 2014 has been very steady and very nice,” he added.

The big data operation López is referring to is likely to grow even stronger in the coming years, thanks to a mooted IPO for Myntra’s owner Flipkart Group (which in turn is majority owned by the American giant Walmart, following a $16 billion investment in 2018). The cash injection gained from a projected $10 billion public offering in the US, expected for later this year, will be used to strengthen the position of both general merchandise etailer Flipkart, and fashion e-commerce leader Myntra, in an ongoing battle for Indian market dominance with an insurgent Amazon.

Though it is no secret the pandemic has accelerated a shift to e-commerce all over the world, few markets have felt that shift more profoundly than India – particularly in the fashion space.

“Covid has pushed e-commerce in India forward five years in the space of a year,” said Rasul Bailay, a senior editor at The Economic Times based in New Delhi.

India last year saw some of the highest infection rates for Covid-19 while experiencing some of the harshest lockdowns in the world, shuttering not only malls and markets, but also online platforms unable to service orders because of restrictions on logistics and warehouse closures.

When restrictions began to lift, e-commerce marketplaces in this geographically fragmented country were ready to serve consumers who were either still stuck at home or wary of going out to shop again.

“I first started shopping at Myntra about two years ago [and] I’ve been shopping online more since the pandemic,” explained Deepa Shastri, a 22-year-old biotechnology student who lives with her family in the second-tier city of Kozhikode in the state of Kerala.

“Usually I meet friends at the mall and we wander around and go for a coffee, but even with everything reopening, my amma (mother) is very paranoid about me going out a lot to crowded markets and malls as my muthassi [grandmother] lives with us and she is quite frail, so we have to be extra careful.”

A widespread shift to online shopping is evident across the country with significant growth in e-commerce sales reported by the country’s biggest fashion players. Arvind Fashions, which operates 28 brands in the Indian market, including Tommy Hilfiger and Calvin Klein, saw e-commerce sales grow 230 percent in 2020, according to an interview with chief executive Shailesh Chaturvedi published in The Economic Times.

This year it is expected that more than 900 million Indian consumers will be online, with the e-commerce market as a whole predicted to reach $84 billion in 2021, according to a Deloitte and Retail Association of India report. It is a staggering development considering that, as recently as 2017, e-commerce only accounted for $24 billion in India.

Standing Out from the Crowd

As well as colossal general marketplaces selling across a multitude of categories, such as Flipkart and Amazon, India has sprouted several fashion-specific e-commerce platforms, including market leader, Myntra.

The Bengaluru-headquartered company was founded by Mukesh Bansal in 2007 to sell personalised gift items, and today has morphed into a fashion and lifestyle destination with more than 3,000 fashion and lifestyle brands. According to analysts from the Bank of America, Myntra is responsible for more than 60 percent of all online fashion purchases in India. 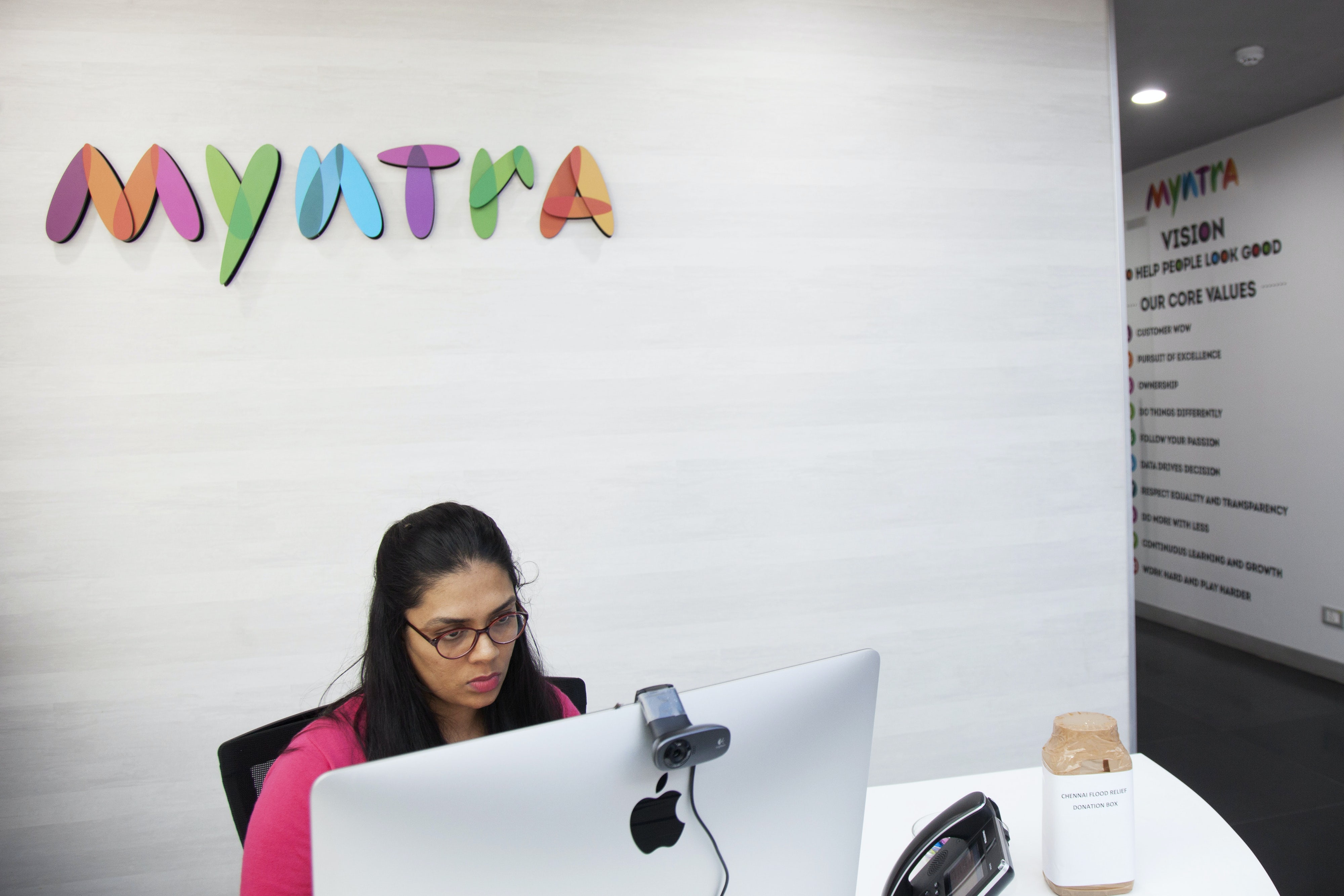 “Myntra is far ahead of competitors in its fashion offering. If you speak to any of the brands, Indian or international [already on the platform] they will all agree that Myntra is the first port of call,” Bailay claimed.

Its alignment with deep-pocketed backers Flipkart and Walmart has given Myntra major advantages in terms of scale, logistics and the set-up of big data operations. The platform now covers much of the Indian market via tie-ups with more than 20,000 kiranas (local independent ‘mom and pop shops’ that sell groceries and a variety of other merchandise) to facilitate last mile delivery.

According to data released prior to any pandemic closures (and not reflecting any sales spikes since re-opening), Myntra reported a 58 percent jump in revenue to 1,719 crore rupees ($237.45 million) in the year to March 2020, according to data from business intelligence platform, Tofler.

Myntra’s ‘Big Fashion Festival’ sale in October 2020 was its biggest festival sale ever, according to data from the etailer, where nearly four million shoppers bought 13 million products across categories. The sale saw close to one million new shoppers on its platform, with a 180 percent growth of shoppers from third tier cities, compared to its previous edition.

Around half of Myntra’s shoppers now come from cities classified as second tier and below, which are generally poorly served by physical retail networks for international brands that are concentrated in top tier cities.

“There is a big mall in Kozhikode called HiLite with some good brands like Benetton, Allen Solly, Adidas, W and Crocs. I love Zara but we don’t have one in Kozhikode,” said Deepa Shastri of her local fashion retail scene.

Kozhikode, a coastal city in Kerala, and others like it are home to millions of middle class Indian consumers just like Shastri, who are actively seeking branded fashion from domestic and international names alike. They will continue to be the driver of fashion e-commerce sales for the foreseeable future.

“The aspirations of these consumers are the same as the ones in bigger cities … [and] online shopping gives them an opportunity to fulfil those [aspirations],” said Harminder Sahni, the founder and managing director of consultancy, Wazir Advisors.

This opportunity hasn’t escaped other players in the market, who are similarly seeking to provide for this underserved consumer base hungry for more access to fashion brands.

Amazon flexed its fashion muscles early on in India by sponsoring several seasons of Delhi’s fashion week and for a while it also carried a portal dedicated to established and emerging Indian designers as part of its offering. However, in India, as in other markets, Amazon remains primarily associated with the value segment and lacks the immersive fashion-led content Myntra is known for.

Ajio is nipping at Myntra’s heels... As yet, it’s nothing close but it wants to be

One upstart to watch for is Reliance-backed Ajio, which is also a fashion e-commerce specialist, first launched in 2016. It saw orders grow four times over, compared with pre-Covid levels, in the July-September quarter last year, Reliance said during its earnings announcement on October 30.

“Ajio is nipping at [Myntra’s] heels,” Bailay explained. “As yet, it’s nothing close to the level of Myntra, but it wants to be. Myntra doesn’t have the luxury of being complacent,” he added.

According to Mango’s López, one of the major challenges any international brand faces when entering or expanding in the Indian market is the dearth of high quality shopping centres around the country, and with the growth in share of the online business becoming increasingly apparent, that channel becomes the only way brands can reach a large number of Indian consumers.

Not only is Myntra a familiar platform Indian consumers are using to shop, it’s also a one they use for discovery of fashion brands and new ways of dressing – unlike less aspirational e-commerce players in the country that are highly functional.

“Myntra is not just a platform where you are selling garments, you are inspiring consumers through fashion. For us, this is a very important element of the decision about who to partner with,” López said.

“The transactions on the platform are obviously very convenient, in terms of returns, refunds and payment methods are state of the art. Logistically it’s a very reliable partner, so consumers trust Myntra very much,” he added. 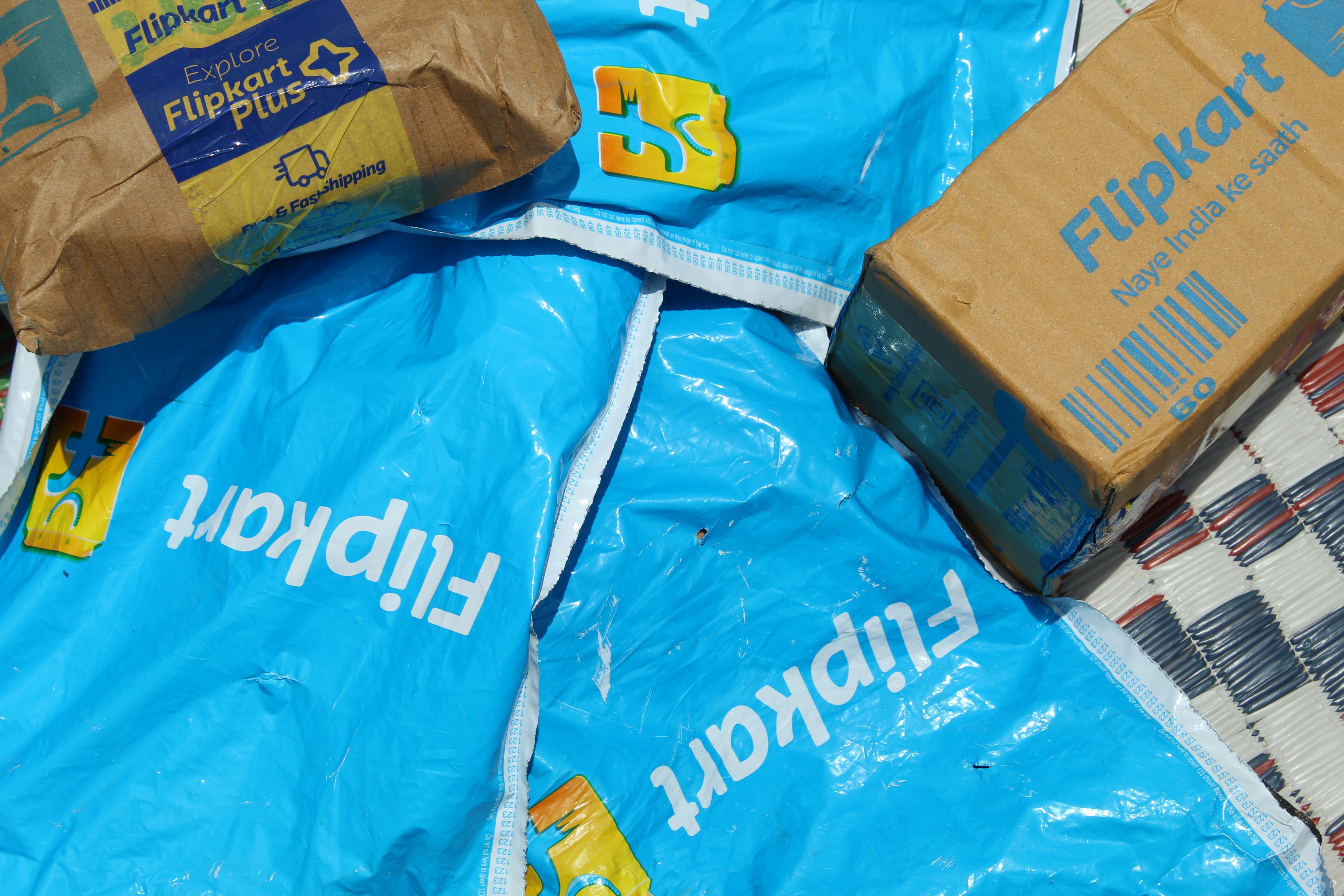 The notion of trust is also at the forefront of consumer discussions about e-commerce in India. Internet rumours about fake fashion products being sold through major e-commerce channels are rife and consumers, many of whom are new to buying branded fashion in general, remain ultra-cautious about whether or not they are purchasing genuine items.

“I buy mostly branded clothes from Myntra, a mix of Indian and international brands like Tommy Hilfiger and Levi’s, but more Indian brands overall … But once or twice I had some doubt whether a brand is genuine or not at Myntra,” said Jassi Kaur, a 41-year-old middle-class homemaker from New Delhi, adding that she was easily able to return the products in question. “I like Myntra’s refund policy in case of exchange or return,” she added.

Whether or not there’s any credence to it, brands must be aware of this high level of suspicion in the market, and have customer service strategies in place to address these questions.

Myntra has created private labels...that [aim to] stand on their own merit

Similarly, fashion brands have to confront the question of discounting when partnering with any Indian e-commerce platform, including Myntra, which runs regular sales featuring deep price cuts to attract consumers and supplies regular coupon codes that are snapped up by price-sensitive consumers.

There are also questions about the competitive nature of private label brands being developed by India’s e-commerce platforms. Myntra has 18 of its own brands on its platform, which are designed to fill niches in products and price points its own big data operation has identified, but there are concerns about whether these labels might be promoted over outside brand partners, potentially cannibalising sales.

“Myntra has created private labels with an intent to create brands of its own, that can stand on their own merit supported by their access to consumer data as well as live sales trends about colours, styles, sweet spot pricing. They are [actually] much more [sophisticated] than private labels,” Wazir Advisors’ Sahni explained.

Of course, there is no perfect way for international fashion brands to enter or scale in India at this relatively nascent stage of development for the e-commerce market. But for those who are looking to make the leap or expand their footprint nationwide, Myntra appears to be a solid partner – and it’s unlikely to be toppled from its leading position anytime soon.

How to Plug Into India’s Dynamic E-Commerce Market