Growing demand for luxury goods is coinciding with an e-commerce boom in key markets like Singapore, Indonesia and Thailand, but brands are behind the curve.

Growing demand for luxury goods is coinciding with an e-commerce boom in key markets like Singapore, Indonesia and Thailand, but brands are behind the curve.

China’s seemingly unstoppable rise as a luxury spending powerhouse has, in recent years, crowned its shoppers the be-all and end-all for high-end brands. But the mainland’s importance has overshadowed other emerging markets that are gearing up to play a bigger role on the global luxury stage.

Covid-19 accelerated e-commerce growth across the world and Southeast Asia is no exception. The region’s internet industry is expected to triple pre-pandemic levels and be worth over $300 billion by 2025, according to data from Google, Temasek and Bain. The companies, which before the crisis estimated that e-commerce would hit $153 billion by 2025, have revised their forecast to $172 billion.

Fuelling the emergence of major e-commerce firms like Tokopedia, Shopee and Lazada, is a growing middle-class demographic across the densely populated region, which boasts high mobile penetration rates, rapid GDP growth in countries like Vietnam and the Philippines, and a median age of just 29, according to McKinsey — a solid foundation upon which an online luxury market can be built and rapidly develop.

In spite of all these encouraging signs, luxury players still largely rely on physical stores to sell to Southeast Asian consumers even while continuing to adopt advanced digital-first strategies in neighbouring China. It doesn’t help that the pandemic has shifted the sector’s focus to offsetting losses in Western markets by zeroing in on Mainland China.

Luxury would be remiss to neglect digital opportunities in markets like Singapore, Thailand and Malaysia, where online demand for luxury is on the rise. Rather, wise brands will start laying better foundations, experimenting with new online and omnichannel strategies and building awareness to get the lay of the land and its 673 million shoppers.

To be sure, luxury demand in Southeast Asia has been rising for years. After Singapore, which has long been known as a luxury shopping hub, Thailand, Vietnam and Malaysia are the top markets to watch, says Erwan Rambourg, co-head of consumer and retail research at HSBC.

Meanwhile, Banta sees untapped potential in Indonesia, where a megadeal between e-commerce giant Tokopedia and super-app Gojek is a sign of things to come. “Indonesia has a huge population and wealth but they have typically shopped abroad from Singapore to London and Paris... there is a big opportunity to serve them domestically,” she says.

The idea is, let’s get China right, let’s re-train our sales associates in Europe to focus on local clienteles, let’s try to take advantage of wealth creation in the US.

Brands are increasingly active in the region when it comes to physical stores. Celine, Dior, and Fendi are among those slated to unveil new monobrand boutiques in Manila, notes celebrity stylist Liz Uy, who is based in the Philippines capital. “Several high-fashion brands are slated to open [during the second quarter of 2022], and beyond. The calendar is quite packed.”

But the region still isn’t top of mind for brands, many of which are occupied with recovery in their biggest markets. “The idea is, let’s get China right, let’s re-train our sales associates in Europe to focus on local clienteles, let’s try to take advantage of wealth creation in the US,” says Rambourg, adding that current circumstances in the US — strong equity and property markets, positive impacts from people spending on local “staycations” — make it a more important market to develop now.

“I wouldn’t say [Southeast Asia] is a priority,” says Rambourg. “I would say it’s potential growth for the years ahead.”

Nonetheless, online demand for luxury is alive and kicking. “Searches for luxury brands have increased drastically during the pandemic,” says Banta, adding that fashion categories like apparel, bags and shoes were the most sought-after, followed by skin care and fragrances. She recommends brands adopt a dual strategy of operating a brand.com site in addition to working with third party e-commerce platforms.

The region’s third-party space is heating up. “We’ve had dramatic growth in luxury online shopping,” says Uy, who lists multi-brand players Rustans, Adora, Trunc and Univers among the local retailers that strengthened their e-commerce channels during the pandemic by shifting to VIP personal shopping and delivery. 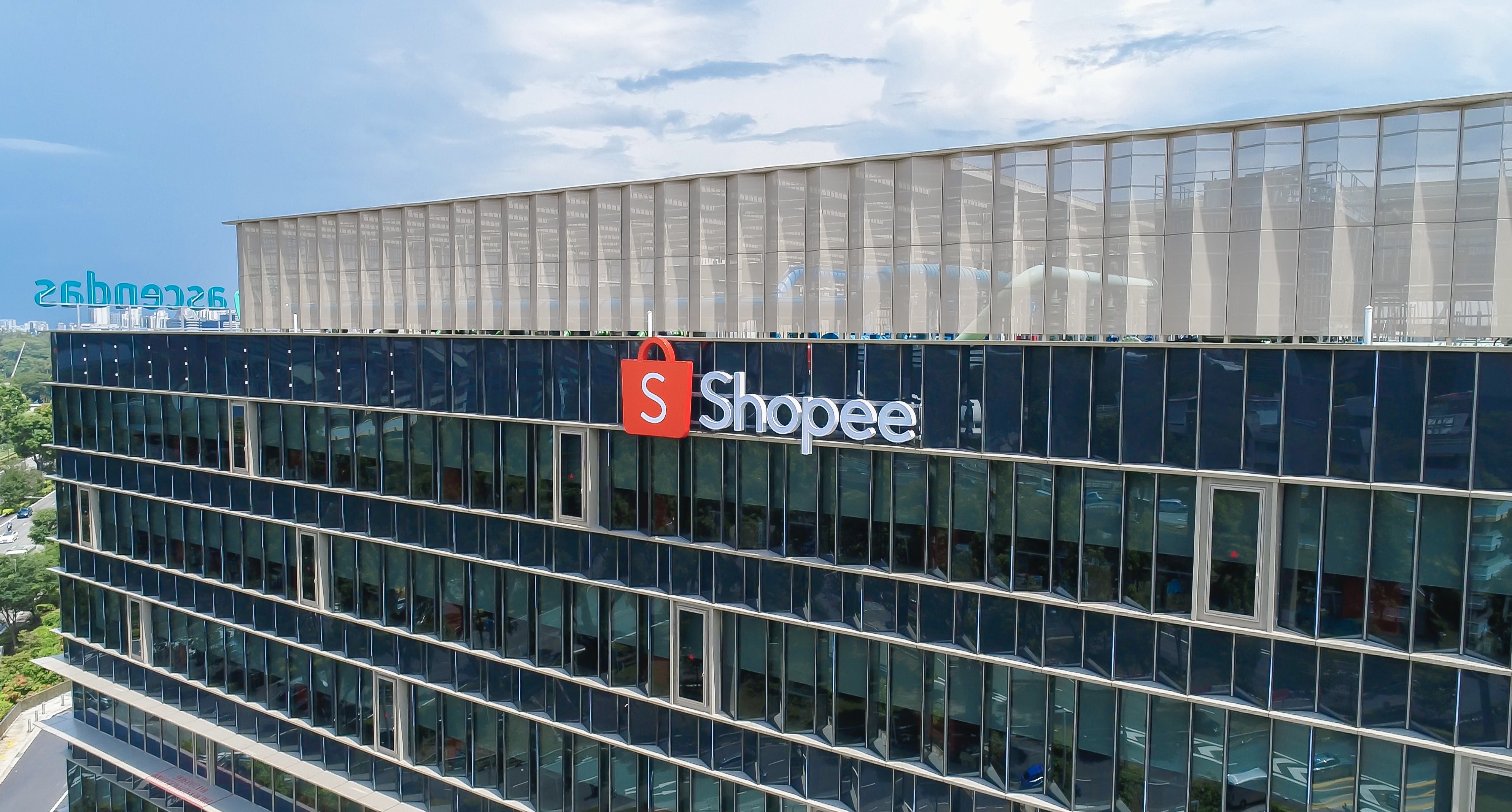 At the other end of the spectrum are the likes of Singapore-based Shopee and Zalora: major e-commerce platforms peddling mostly mass and mid-market offerings but making moves into the premium space. Other mass-market players include Indonesia’s Tokopedia, Vietnam’s Tiki and Sendo and Alibaba-owned Lazada, but few are planning to go up against high-end department stores (Thailand’s Central group, which operates its own e-commerce channels, is one example).

Shopee launched Shopee Premium last September and welcomed the likes of Furla and high-end Korean beauty brand Sulwhasoo (part of its partnership with the latter’s owner Amorepacific) to the platform; Japan’s Shiseido will launch its products across Singapore, Malaysia, Indonesia and Vietnam in April. Like China’s Tmall Luxury Pavilion, marketing solutions and digital solutions like livestreaming and shopping festivals (including its first premium brand event in April) look to help brands target the region’s growing cohort of digital-savvy youths.

For brands, partnering with a major e-commerce player arms them with marketing tools and customer engagement features while relieving them of challenges they would encounter when going direct-to-consumer, such as logistics.

But domestic e-commerce start-ups have yet to draw the top-tier brand partners Tmall now boasts and face foreign competition, in the form of cross-border retailers. Uy, for one, took her early pandemic “loungewear binge” to MatchesFashion, while Gen-Zers favour Farfetch (which hires local private client stylists in Singapore) and Mr. Porter, says Mae Tan, the Singapore-based influencer and retail consultant whose family business distributes Off-White locally. Other global luxury online players such as Mytheresa, Luisaviaroma and Net-a-Porter also deliver to key markets in the region.

It’ll be hard for businesses positioned as value-driven to premiumise and attract top-tier brands — but not impossible, if Alibaba’s development of its Tmall business is any indication. As Millennial and Gen-Z luxury consumption overtakes that of Gen-X and Baby Boomers, the demographic shift could provide an opportunity for homegrown retail giants to make their case to first-time luxury shoppers. Most of Shopee’s premium shoppers are female, aged 25 or above and are first-time premium customers.

As brands begin laying the groundwork for their next phase of growth and refining existing online strategies in the region, here’s what to keep in mind.

Focus on locals. Many Southeast Asian markets are top Chinese tourist destinations, says Rambourg. Take Thailand, which has traditionally catered to the Chinese but has been somewhat insulated by strong local demand and high-end malls. Though Rambourg expects pent-up demand to materialise across the region once global travel resumes (from China, as well as Japan, Korea and the US), “you’ll see the business of luxury being more and more local [after this phase of reopening],” he says. Localising to each market, as opposed to targeting Chinese abroad, will be the new M.O. 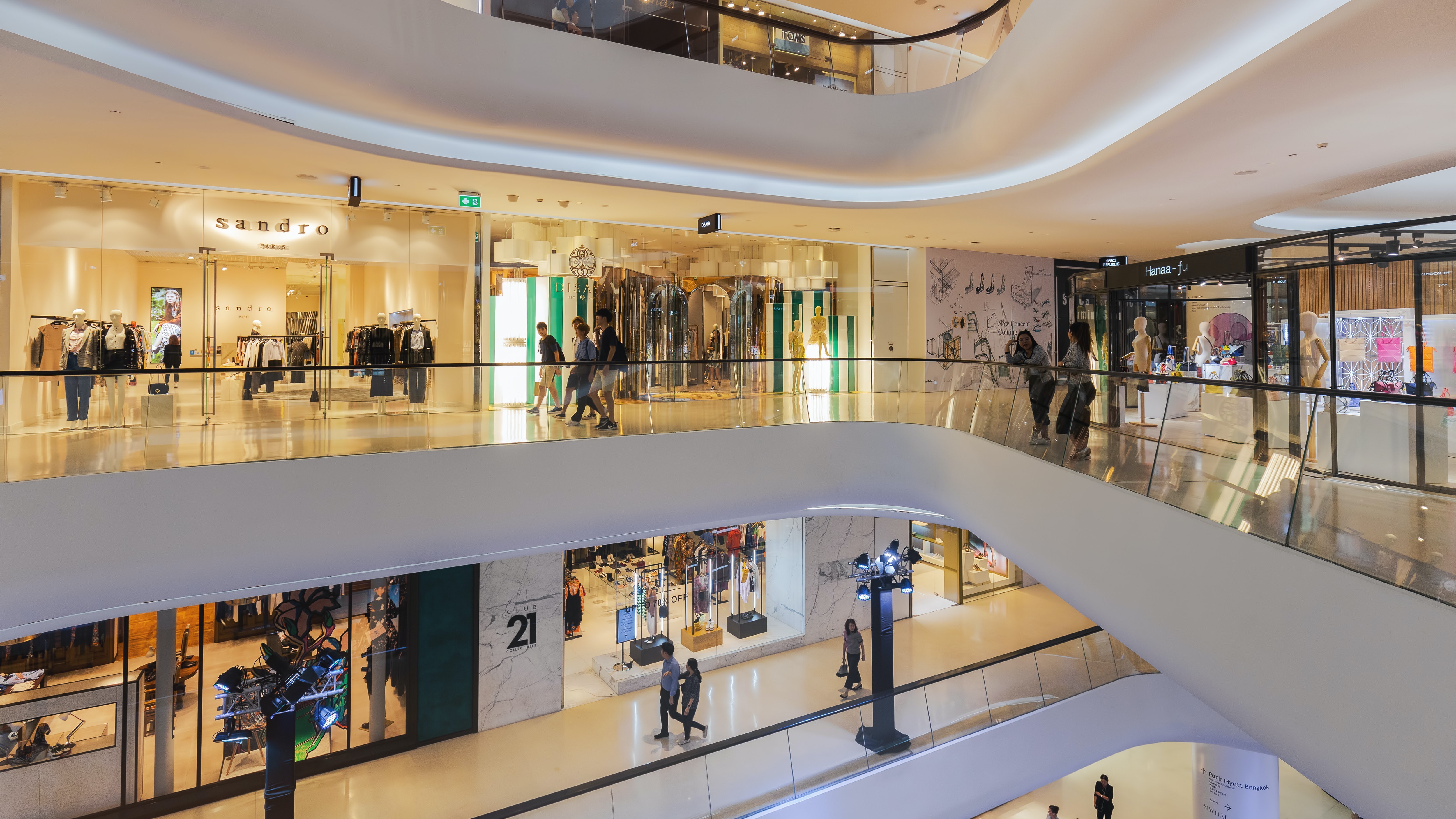 Partnerships have perks. “Southeast Asia as a region is diverse and complex, and cookie-cutter strategies will not be able to address the needs of consumers in each market,” says Shopee’s Ho. Despite their proximity, markets differ greatly across culture, language and consumer behaviour so a partnership with a domestic player can help brands localise across marketing and logistics. Identifying demand for specific categories like festivewear — a major driver in Indonesia and Malaysia during Ramadan — can set brands apart.

Tackle logistics. Even some of the biggest cities across Southeast Asia are challenges when it comes to last mile delivery, let alone archipelagos like Indonesia and the Philippines. It’s unlikely that brands will handle logistics directly so choosing the right partner is key. Alongside platforms like Shopee and Lazada, delivery and ride hailing firms like Indonesia’s Gojek and Singapore’s Grab are investing in making mobile shopping faster and more convenient.

Invest in Social. “We are generally considered the social media capital of the world,” claims Uy of the Philippines. While WhatsApp and Viber are community marketing tools brands can tap into for personal shopping and clienteling services, Facebook, Youtube and Instagram are as popular as they are in the West and can direct traffic to local sales channels. “[My mum] looks at Hermès bags on Instagram and goes down to the store,” says Tan. Younger shoppers, on the other hand, are less loyal to specific retailers and “would see something on Instagram and Google it or go on Lyst.”

Tap into local A-listers, but don’t forget K-pop. It goes without saying that local celebrities — like Thai actress and Louis Vuitton ambassador Urassaya Sperbund — are key for brands’ global strategies. But South Korean idols have major power in the region, says Banta, who attributes an uptick in online searches for YSL and Chanel to the brands’ relationships with Rosé and Jennie, members of K-pop girl group Blackpink. YSL’s Solferino bag, for example, sold rapidly after being spotted on Rosé.

Get more conscious. The pandemic has intensified demand for transparency and purpose-led brands, says Uy. “More and more are factoring [values like sustainability] into their consumption choices.” Carousell, streetwear marketplace Novelship, Tinkerlust and luxury reseller StyleTribute are among the platforms gaining ground across the region.

Appeal to all audiences through omnichannel. Where Southeast Asia’s luxury sales are still largely conducted offline, brands need to ensure their overall experience is seamless and caters to both younger shoppers as well as loyal older clients. “The older generation doesn’t convert to online… because [physical retail has] a soft touch the computer can’t give you,” says Tan. “Online and on-ground really have to complement each other.”

Want to See the Future of Social Media? Look to Asia.