Fashion designer Susie Cave, whose always pristine, subtly gothic dress collection The Vampire’s Wife has earned the respect of glamorous celebrities and frill-obsessed consumers alike, is not the musician in the family. (Her husband, celebrated artist Nick Cave, naturally claims that role.) And yet, she’s been spotted by one of the music industry’s most successful talent scouts. Now, they’re ready to go public with their partnership.

In 2019, entrepreneur Jimmy Iovine and his wife, the model and actress Liberty Ross, bought a majority stake in The Vampire’s Wife. The terms of the deal, including the company’s valuation, were not disclosed, although the Los Angeles-based Ross and Iovine, founder of Interscope Records and co-founder of headphone maker Beats, which was bought for $3 billion by Apple in 2014, are now deeply involved with the development of the business, which remains headquartered in the UK town of Lewes, not far from the Caves’ home in Brighton. (Iovine and Ross bought out Cave’s original business partner, Alex Adamson, in the deal.) 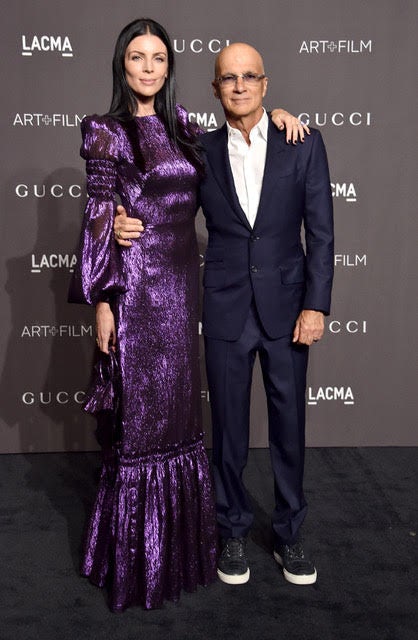 The unlikely alliance is not so strategic on Iovine’s part. An avid shopper who also backs the Gen Z shopping app NTWRK, Iovine doesn’t claim to know much about the fashion business. But that didn’t deter him from placing a bet on Cave.

“I know more about music and tech and different things like that than I know about dresses, but I do know a narrative and I know a story,” said Iovine, who first learned of The Vampire’s Wife after complimenting an item from Ross’ own wardrobe. “Susie is as much of an artist as the great women I’ve worked with, including Stevie Nicks and Patti Smith.”

Ross, on the other hand, is well-versed in fashion industry standards and systems, and is as interested in upending them as Cave, who has eschewed the traditional fashion calendar and runway shows in favour of drops-driven, direct-to-consumer marketing. While they were only acquaintances prior to the investment, they share a similar past: both women were models who worked with the likes of John Galliano and Nick Knight during their careers. Today, they speak on almost a daily basis.

To manage the business, Iovine tapped Leonardo Lawson, an investor who also owns the executive recruiting firm Bond Creative Search — a former client during his years at Apple — as president. Lawson shuttles between London, New York and Los Angeles, where he is based, to support the growing business, which is on track to increase revenue by 30 percent year over year, despite mostly being sold through multi-brand retailers, many which have been shut down for several months due to the global coronavirus pandemic. 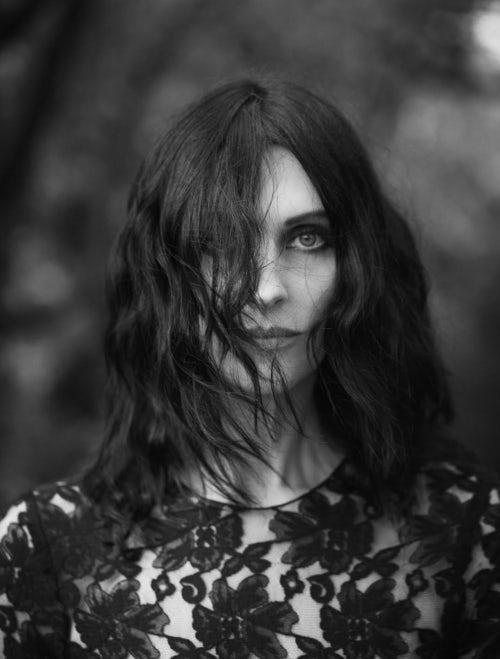 Cave started her dress line, named after an unfinished novel written by her husband, in 2014 with a small capsule. She is in constant creative dialogue with her husband, who has become increasingly involved in the business as it has expanded. (He particularly enjoys helping to name the dresses, calling a high-throat, long-sleeved style “The Cinderella,” while christening a gown with a zig-zag frill hem “The Sky Rocket.” )

In a joint interview from the couple’s home, where most of the design and production has been taking place during the lockdowns, Nick Cave reflected on differences between their processes, calling the music industry “more streamlined,” while fashion leaves the creator more “vulnerable.”

“Marriage is a collaboration,” he said. “What comes out of this one is dresses and songs.”

Susie Cave said that she, like many designers who are not formally trained, ended up creating The Vampire’s Wife out of necessity. “I couldn’t find anything to wear,” she said, especially to public events where she, a shy person by nature, often felt exposed standing next to her husband. “It was a tiny, little idea at the time.”

At first, the dresses, which she designed after years of absorbing knowledge through fittings with the likes of Azzedine Alaïa and Vivienne Westwood, were just for her — and then, a few friends. She refused to stage fashion shows, did not seek out collection reviews, and held back images until the product arrived in stores. The work of her industry mentors inspired her own — “I hadn’t realised I had an understanding of the mechanics” — as did Alaïa’s off-calendar approach to showing his collections. But it was the skate brands her son wore, with their monthly drops of product in limited quantities, that truly informed how she built the business.

“The model is one I really subscribe to,” said Ruth Chapman, co-founder and former co-CEO of MatchesFashion, which picked up the line early on after she noticed Charlotte Dellal, founder and designer of the shoe line Charlotte Olympia, wearing one of Cave’s pieces. “Start small, make what you make, and build it from there.”

The trajectory of The Vampire’s Wife was also shaped by tragedy. In 2015, the Caves’ 15-year-old son, Arthur, died unexpectedly. Susie Caves’ work, which was only beginning to take shape, gave her purpose during the grieving process. “There’s a moment where it could have gone either way for Susie,” Nick Cave said. “She just rose out of that situation, and that’s inspiring to see.”

In an email following her interview with BoF, Susie Cave went on to explain that she “completely shut down from the world” when Arthur died. “It was a very dark time,” she said. The turning point came when the model Daisy Lowe asked Susie to make her a dress for an awards ceremony. “It was such a strange, impossible request,” she said. "To re-engage with the world seemed unthinkable. Yet, it felt like a call to act.” From there, she began making dresses in a “kind of frenzy,” which became her “lifeline back to the world.”

The “wonderful energy” — as Nick described it — that Susie Cave channelled out of her sadness helped propel The Vampire’s Wife from project to venture. It wasn’t until 2018 that the label, known for its modest, daintily puffed sleeves, became a red carpet fixture, with Kate Middleton, Alexa Chung, Sienna Miller, Florence Welch and others choosing the line’s distinct signature silhouette on repeat.

“So many celebrities are actually just buying the dresses,” Lawson said. “It’s a point of differentiation for us.”

Over the past two years, the size of the business has tripled, and the Caves, along with their new business partners, have great ambitions for what The Vampire’s Wife can be.

Dozens of fashion brands and mass-market retailers — from Zara and Old Navy to Doen and Diane von Furstenberg — have built respectable businesses on dresses, particularly printed ones. The global dress market surpassed $62 billion in 2019, according to research firm Euromonitor International.

However, the category is crowded and trend-driven, with brands sputtering out as quickly as they gain traction. Within the printed dress market there are currently dozens of niches: the bohemian caftans (Natalie Martin), the nightgowns (Hill House Home), the Italian riviera fit-and-flares (La Doublej). Then there are the Gunne Sax-inspired lines, which take the prairie-home companion feeling of those calico prints of the 1970s and 1980s and modernise them just a touch. Here’s where the Vampire’s Wife sits alongside Batsheva (founded in 2016) and Horror Vacui (founded in 2012).

But while New York-based Batsheva’s particular aesthetic is pure Upper West Side 1980s kook, and Germany’s Horror Vacui piles on the scalloped edge frills, The Vampire’s Wife shows a bit of macabre, slightly gothic restraint. The dresses are seamed at the waist and volume is kept in check: all in the name of complementing the wearer's figure, which gives the line a more perennial feel.

“That puffed sleeve thing has gone big, but there’s nothing cartoonish about the way Susie does it,” Chapman said. “It’s a femininity thing.”

She has often sacrificed margin to ensure her prices were competitive, opting to employ the French seam rather than be prudent and forgo it. (In a recent collection, cotton dresses are priced just under $700, while a wool-blend lamé evening gown is $3,500.) Now, she’s working on a more affordable range, as well as several other brand extensions, including jewellery, knit loungewear, and eventually handbags and home goods. In true pandemic-era fashion, the brand’s masks, made from leftover scraps of fabric, sell out almost instantly, some as quickly as six minutes. Lawson said that the company’s direct-to-consumer business doubled in June 2020 from the year previous, undoubtedly driven by demand for the now-required accessory.

But a robust mask business alone will not save a brand from lockdown-era setbacks. The fashion industry is projected to contract up to 39 percent this year, according to BoF and McKinsey’s update to the State of Fashion 2020 report, with many multinational companies reporting quarterly sales decreases of 20, 30 and sometimes even 40 percent. How has The Vampire’s Wife managed to survive? 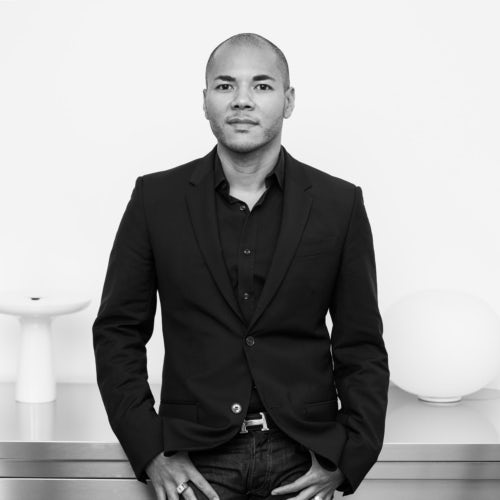 According to Lawson, the company has fared better than some during this period because many of its retail partners simply held back inventory from the floor, planning to release it when consumer appetite returns, rather than cancelling orders altogether. Because Cave doesn't release imagery until products are commercially available, items that weren't meant to drop months ago — but are only being released now — feel new to the client.

“For many brands that show their collections through fashion shows, customers would have already seen it, which could result in fatigue,” he said.

Both Cave and Ross used the word “lifestyle” to describe what they plan to do next, and Lawson cites several avenues of potential growth. “It’s a whole world,” Ross said.

A world that many potential consumers have yet to experience. While The Vampire's Wife's top markets are the UK, Australia and the US, the latter is still under-penetrated — and Asia remains wide open. Making a mark in China, which has become an even more important player in the fashion industry as it recovers more steadily from the lockdowns than the west, could result in a much bigger business. The company declined to disclose revenue figures, but market intelligence indicates it’s very unlikely that The Vampire’s Wife has surpassed $10 million in annual sales given its limited distribution, and will require significant investment to grow into a global competitor. In the year ending November 2018, the brand reported inventories worth just £619,032, according to a filing in Companies House, a registrar of companies in England and Wales operated by the UK government.

As for how quickly the backers expect that growth to happen? In Iovine and Ross, the Caves have found what is, it appears, a dream arrangement. “I don’t look at a P&L audit, I don’t care, I’m not interested,” Iovine said. “I want great. When great happens, that’s the agenda.”

Why Floral Dresses Are the Trend That Just Won’t End