PARIS, France — On Friday, a self-proclaimed “army” of 80,000 crammed into the Stade de France in Paris’ northern suburb of Saint-Denis. But rather than guns, germs and steel, the crowd turned up for seven glass-skinned young men espousing self-love.

The night was the first of two sold-out Parisian shows by K-pop boy band BTS during their whistle-stop "Love Yourself: Speak Yourself" world tour.

Tens of thousands of spectators — a vast majority of whom were young teenage girls — braved the cold and drizzle and arrived four hours before the doors opened to eavesdrop on rehearsals. Fans began howling even before the boys hit the stage, when a clip was aired on the giant screens. In it, BTS sported draped suits from Kim Jones’ Autumn/Winter 2019 collection for Dior. 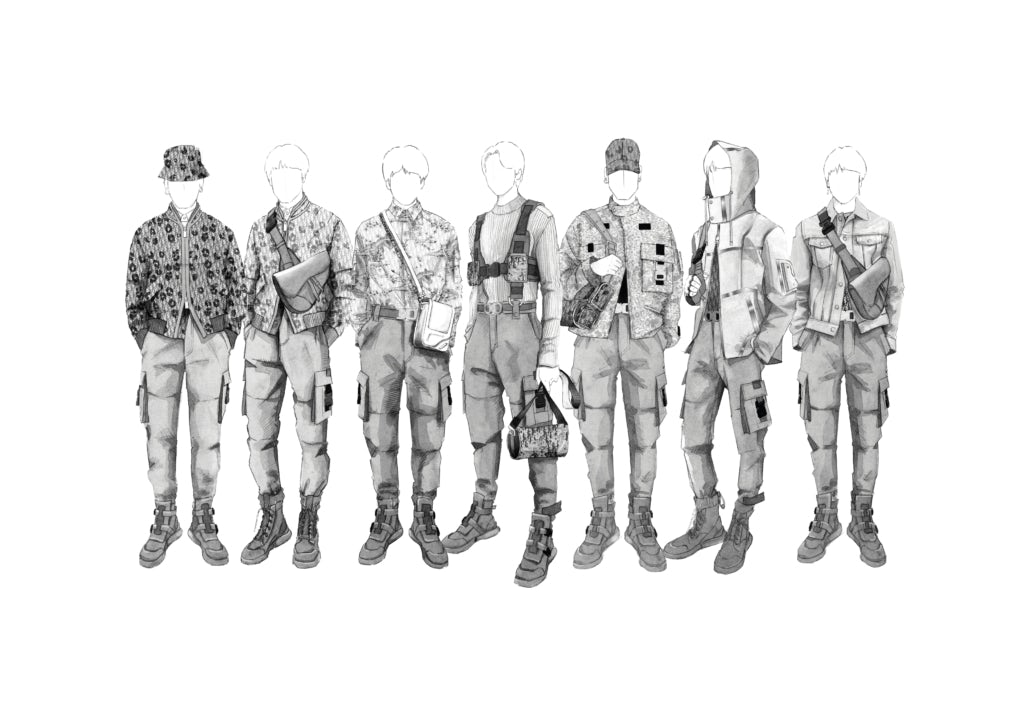 “Are you ready to fly with us, Paris? Vous êtes prêts?” asked RM. A two-hour-long frenzied performance commenced, with tireless fans shaking €50 light sticks to the rhythm. American songstress Halsey made a surprise appearance.

For fashion insiders, Dior’s move may come as a surprise, it being the first time that the French luxury house has created men’s stage wear for a pop band. For members of the BTS army or those familiar with the boy band’s meteoric rise, less so.

BTS’ influence back in Asia is certainly no surprise as they physically fit into the boy band mould, with their dyed hair, fine features and luxury wardrobes. Yet, their music frequently addresses social issues such as the South Korean education system, and being the product of a small entertainment company, has broken ground in the local industry otherwise dominated by the “Big Three”: SM, JYP and YG.

And despite not catering to Western audiences — most songs are in Korean and only RM speaks fluent English — their international clout is unprecedented to an extent that is baffling some music and culture writers, and inspiring comparisons to The Beatles and One Direction.

After being crowned the most tweeted-about celebrities in 2017, BTS went where no K-pop groups had gone before, from prime spots on Billboard charts to the Grammys and the United Nations. Their current world tour will be the most attended tour ever by a Korean artist, and the group — which has fronted covers of Time Magazine, Rolling Stone and Billboard — is reportedly to thank for bringing $3.6 billion into South Korea's economy annually. 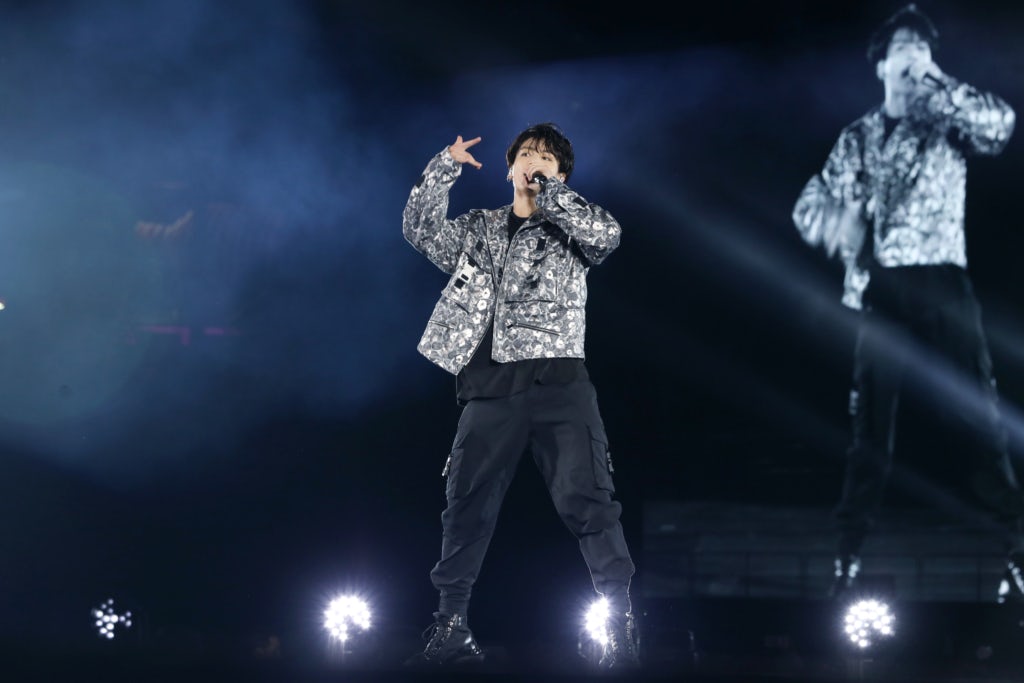 Social media is no exception. This year, the group’s was the first Korean Twitter account to hit 20 million followers, 78 percent of whom are female. The official BTS Instagram (members don’t have individual profiles) is clocking in over 18.5 million, and even the band’s top fan account is followed by its own sizeable army of over 3.3 million.

Though the group has its share of ambassadorships — Puma, Lotte Duty Free and local beauty brands Mediheal and VT are a few — it was only a matter of time until a major luxury name leveraged their popularity.

Day to day, BTS is no stranger to sporting luxury brands, and members routinely wear Berluti, Saint Laurent, Gucci, Bottega Veneta – as captured at the airport, on the red carpet and on stage.

Fans have noticed that V and Jimin are big Gucci fans, whilst group leader RM has an affinity for Japanese streetwear. But according to local media, BTS members allegedly “personally purchase the outfits that they want to wear” and do not accept sponsorships. “BTS has been known to buy their own clothes for the stage until now,” says the Korean founder of Styleintelligence, Haesoon Jung.

According to a Dior spokesperson, BTS is not being paid to sport the outfits on stage. Even so, the fact that Jones designed seven Dior stage looks inspired by each of the BTS members is significant. “It is a monumental event,” Inhae Yeo, the Korean founder of digital platform Oikonomos tells BoF. “It is a totally different dimension of sponsorship,” echoes Jung.

“Until now, K-pop stars have been playing the role [of] front row sitter, model, ambassador and occasionally collaborator,” Jung continues. “But the BTS Dior link is the K-pop industry’s most high-profile sponsorship ever.”

The BTS Dior link is the K-pop industry’s most high-profile sponsorship ever.

Yeo likens the move to when G-Dragon sat at a game table amid Chanel’s Autumn/Winter 2015 alongside fellow global ambassadors Kristen Stewart and Lily-Rose Depp. “It will be remembered and talked about. It’s super exciting.”

The Dior looks were a hit with BTS’ followers, says Yeo, noting that fans have been uploading their own illustrations of the stage looks and buying miniature figurines of the members clad in the outfits. “The fans loved it. The audience loved it. They really owned the looks, and it was relevant to their ages and who they are.”

The BTS outfits take this connection to its logical commercial conclusion. “For many years, we’ve been seeing Korean pop culture and artists becoming a point of reference for the youth generation, not only in South Korea but in China,” says Mario Ortelli, managing partner at London-based consultancy Ortelli & Co.

Though BTS’ influence in China still lags behind established groups such as Big Bang — BTS’ official account has 4.2 million Weibo followers, paling in comparison to the latter’s 7 million — it’s still early days. What’s more is that since 2016, South Korean artists haven’t been able to perform in the mainland thanks to Beijing’s broader campaign against Korean businesses, but local concert promoters are reportedly seeking permission to have the likes of BTS perform there. 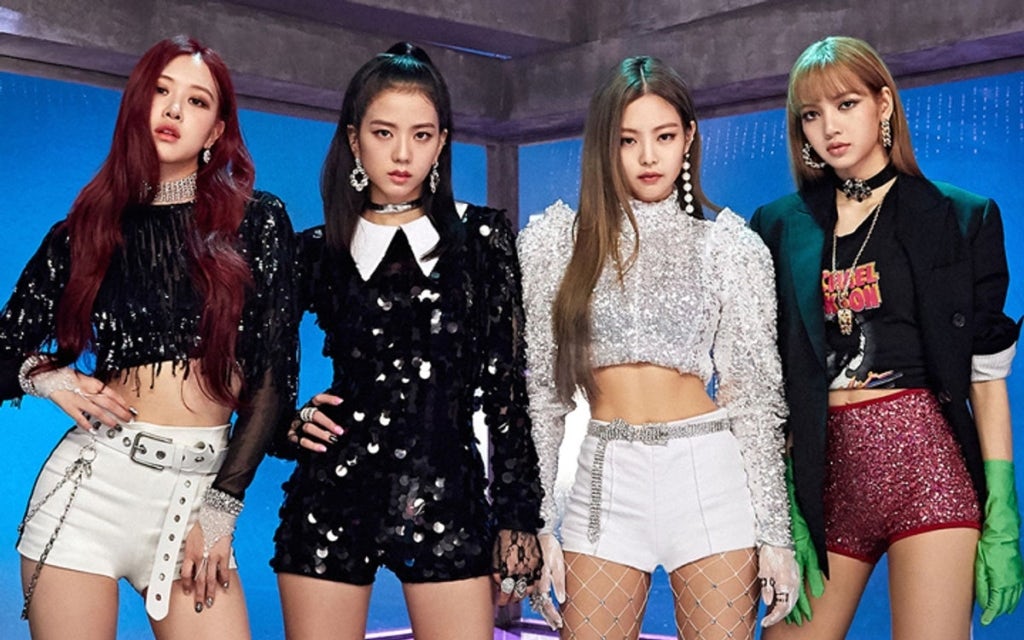 Beyond having stars sit front row at shows and sporting saddle bags as they get papped at the airport, “[Dior’s strategy] is the next step in making them relevant to a very specific millennial consumer,” he adds. Jung calls the union between luxury and K-pop “a kind of inevitable marriage.”

Granted, BTS’ Dior looks are more suited for street style snaps than the hall of fame à la white jumpsuit-donning Elvis, but that’s precisely what makes it an ideal marketing opportunity, to 1.5 million audience members at over 51 shows no less. “It will become a bigger trend,” says Ortelli, who predicts that other luxury houses will soon follow in Gucci and Dior’s footsteps.

The fans loved it. The audience loved it. They really owned the looks, and it was relevant to their ages and who they are.

“BTS may be the boy band that represents K-pop today, but it’s definitely not the first K-pop phenomenon to influence audiences outside of Korea,” Yeo adds, referring to the “Korean wave,” or “hallyu,” that first rippled across the globe in the 90’s. South Korea’s wealth of idols and bands ensures that BTS most certainly won’t be the last.

Girl group Blackpink could be a good target for brands, boasting endorsement deals with Louis Vuitton and Dior Cosmetics, performing in buzzy French label Marine Serre and making individual front row appearances at Chanel, Michael Kors and Coach. The quartet is often lauded as the female equivalent of BTS, and its member Lisa was recently crowned the K-pop idol with the largest Instagram following. Red Velvet, Got7 and Stray Kids are also making waves at home and abroad.

Beyond South Korea, Ortelli reckons that India’s $24 billion media and entertainment industry will be luxury’s next celebrity treasure trove. “If and when the market for luxury goods in India become more relevant, luxury companies will try to tighten their relationship with local stars.”

But if BTS’ metallic denim jackets and combat boots are any indication, luxury fashion is only at the crest of the Korean wave. “What makes it interesting in this age and era is that the platforms and audience are more diverse,” says Yeo. “This will open doors to new ways of collaborating.”

South Korea, Climbing the Ranks of Asia's A League