This week, the enigmatic Azzedine Alaïa announced his first couture show in six years. Set for July 5, the showing is extraordinary, even for a designer who has long marched to the beat of his own drum, resisting the traditional fashion cycle and electing to present his collections sporadically — when he is ready — at small gatherings in his headquarters in the Marais district of Paris.

“Sometimes he feels like having a show,” a spokesperson for the maison told BoF, explaining Mr Alaïa’s return to the haute couture calendar. “It is rare.”

But perhaps there are other reasons for staging a show now. Alaïa’s namesake brand is set to open its first retail store outside of Paris in a 6,000-square-foot space on London’s New Bond Street, home to luxury megabrands like Dior, Louis Vuitton and Chanel, each of which has dramatically expanded its presence in London’s luxury quarter in recent years. It also comes almost ten years after Swiss luxury conglomerate Compagnie Financière Richemont acquired a significant stake in the company in 2007. Over the years, Richemont has moved to develop the business, opening a three-storey Alaïa flagship in Paris around the corner from Avenue Montaigne, one of the city’s most famous luxury shopping boulevards, while reducing the brand’s dependence on wholesale; launching online sales with Net-a-Porter; and inking a 13-year fragrance deal with Shiseido subsidiary Beauté Prestige International.

A representative for Alaïa revealed to BoF that since the acquisition, the business has expanded by 400 percent (putting the company’s estimated annual revenues north of €50 million, according to market sources). While these are meaningful results, they are not particularly impressive over a 10-year period, equating to a 15 percent compound annual growth rate. By comparison, many other smaller fashion businesses are able to double their sales each year during their growth phase.

So why the slow growth at Alaïa?

To be sure, fashion is not Richemont’s core expertise. The company has had far greater success in hard luxury categories like watches and jewellery, which account for about 80 percent of revenues. What’s more, several of its fashion brands — particularly Dunhill, Lancel and Shanghai Tang — have struggled to grow in recent years. But the slow growth at Alaïa probably reflects more on the peculiarities of Mr Alaïa and his business than Richemont’s inability to scale the brand.

Alaïa is the ultimate insider brand, loved by a list of devoted clients who value the master couturier’s fiercely sexy aesthetic, intricate garment construction and personal touch. Mr Alaïa is one of the very few prominent designers in today’s fashion industry who actually works on his pieces by hand and his couture creations account for about 10 percent of turnover, according to the company. Carla Sozzani of 10 Corso Como, a key stockist and close friend, has called Mr Alaïa “the best designer in the world,” adding: “He has a savoir faire that equals no one else.”

But Mr Alaïa also has a notoriously difficult view on business growth and is known for stubbornly sticking to his own agenda and openly dismissing the industrial approach embraced by fashion’s luxury megabrands. Indeed, despite a powerful brand DNA and a loyal clientele that includes high profile names like Michelle Obama and Lady Gaga, awareness of the label remains low. Alaïa has a successful shoe business, which reaches a much wider customer base than its body-con dresses. And Richemont plans to expand the company’s retail footprint further with new stores in key global cities, including a flagship in Dubai, set to open in the fourth quarter of the year. Still, the company’s chances of blockbuster success with Alaïa seem limited — as long as the designer’s views on the value of building a big business remain fixed.

Artémis acquires minority stake in Giambattista Valli. The investment arm of the billionaire Pinault family (and the majority shareholder of luxury group Kering) announced on Thursday that it had acquired a minority stake in the Paris-based couture and ready-to-wear brand for an undisclosed sum. The deal was signed with the understanding that Artémis could “potentially become majority shareholder at later stage,” suggesting that Giambattista Valli could, at some point, join the Kering portfolio.

Hearst UK may cut up to 40 jobs in strategic review. The British arm of media giant is planning to combine some of its editorial and commercial departments as part of a strategic proposal announced internally this week. Between 20 and 40 roles are under consideration. If the proposal goes ahead, it would follow similar restructuring at Hearst in the United States, Condé Nast and Time Inc.

Burberry faces investor wrath over executive pay. The UK’s Investment Association has joined a chorus of critics ahead of the company’s annual shareholder meeting. Burberry plans to give an award of $6.9 million to chief executive Christopher Bailey, as well as a buyout to compensate chief financial officer Julie Brown for loss of pay when she left her previous role to join Burberry. The last time Burberry faced resistance over executive pay from investors was in 2014, when it handed Bailey a one-time award to prevent him from leaving to a competitor. Burberry responded to the comments by publishing a report card on Bailey’s progress, which the company said justified the award. Shareholders will vote on the matter on July 13.

Nike confirms partnership with Amazon. The American sportswear giant announced that it would sell some of its items directly on Amazon.com as part of a trial partnership, confirming reports that emerged last week. The news followed the presentation of Nike’s latest quarterly results. The company posted earnings of 60 cents a share, beating analysts expectations and adding to hopes that Nike’s outlook is improving, particularly in international markets.

H&M second-quarter profits beat expectations. The Swedish fashion retailer said pre-tax profit for its second quarter rose by 10 percent from a year earlier to $904 million, beating analyst expectations of less than 2 percent growth. H&M said the rise was helped by store expansion and cost control, but many of its major markets remained challenging. The company has repeatedly missed sales forecasts over the past year as its earnings have come under pressure from budget rivals and new online players. 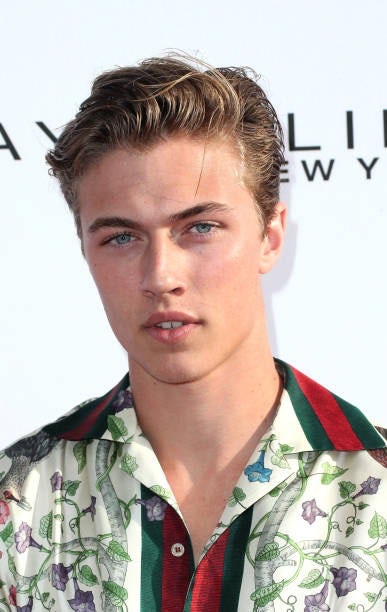 Lucky Blue Smith joins IMG roster. The 19-year old model and musician has joined IMG, which he says is part of his plans to take his business to the next level. Having already starred in advertising campaigns for brands like Tom Ford, Calvin Klein and H&M, Smith is eager to explore his opportunities beyond fashion, citing music and film as some of his interests.

Joan Smalls designs her first lingerie and swimwear line. The supermodel and long-time Victoria’s Secret Angel will design a capsule collection for mass brand Smart & Sexy. The collection will hit the brand’s e-commerce site and 4,000 Walmart stores in Spring 2018. The collaboration marks a new chapter for the brand, as it seeks to capitalise on a period of disruption in the lingerie market.

Ivanka Trump ordered to testify in Aquazzura dispute. Trump must answer questions in a lawsuit over whether her company copied Aquazzura’s shoe design, a judge said last Friday, despite her legal team’s claim that she is too important and busy to testify. The move comes as smaller brands are increasingly turning to social media to call out copyright infringement of their designs against larger fashion companies.

Joe Zee leaves Yahoo Style. The editor-in-chief of Yahoo Style announced his departure from the website on Tuesday in a Facebook post. The news comes at a time of massive change for Yahoo, with an estimated 2,100 people set to lose their jobs following Verizon’s acquisition of the company last July. Yahoo Style will continue to operate as a media brand with its own editorial staff.

Olivier Saillard leaves Palais Galliera. Olivier Saillard has been tapped by J.M. Weston and EPI as its new artistic, image and culture director. In his role, Saillard will oversee men's and women's shoe collections and accessories, in addition to the house image. Saillard, a fashion historian, curator and performer, joins the brand from the Palais Galliera, where he served as director of the Paris fashion museum for seven years. In addition to his new directorship, Saillard will continue to develop artistic performances and collaborations for major organisations.

Google fined $2.7 billion over EU antitrust violations. The online search giant has been fined the record-breaking sum for breaking antitrust violations relating to its Google Shopping search comparison service. The European Commission ruled that Google promoted its own service at the top of search results, though Google said it may repeal the decision.

Yoox Net-a-Porter shares jump on Alibaba interest. Shares in the online fashion retailer climbed by almost 8 percent on Monday, after traders cited reported interest from Chinese e-commerce giant Alibaba. While YNAP said it did not comment on market speculation, the report comes at a time of increasing competition in the online luxury sector for the Chinese market. Last week, Farfetch announced a partnership with JD.com to boost its Chinese business. In a separate announcement on Tuesday, YNAP unveiled its plans for a €500 million technology and logistics hub in London, which it says will help double the size of its business over the next three years.