LONDON, United Kingdom — Six years ago when Cristina Llamas decided to set up an online retail company dedicated to selling natural skincare products, she could count the number of suitable cosmetics brands on just two hands. Today, her UK-based e-commerce site Naturisimo stocks around 140 — and that’s with Llamas being picky about what she wants to sell. “We could have 250 brands,” she explained. “There are a lot more that we don’t take.”

The story of Naturisimo reflects the growing significance of the natural beauty sector at large. Indeed, when Llamas founded Naturisimo in 2009, the website was doing just over $3,000 in sales each month. Now, annual turnover is hitting “seven figures,” she said.

According to consultancy company Kline, the natural personal care market has seen double-digit growth every year for the past six years. Today, natural cosmetics and skincare is estimated to be worth $33 billion, accounting for 13 percent of the overall global beauty market. Kline predicts the market will hit $50 billion by 2019. 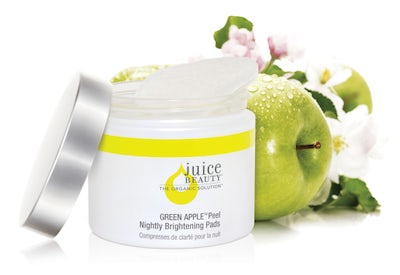 Natural beauty brands are nothing new, of course. Many of the best-known natural personal care brands — like Burt’s Bees, The Body Shop and Aveda — were founded over 25 years ago. Origins, the natural skincare company founded in 1990, launches in the Philippines this year and is in discussions to expand into several new markets. But while they are enjoying the sector’s growth, these brands are not dominating the natural beauty market. According to a 2014 report by Kline, the natural personal care market is “extremely fragmented,” with the top five companies accounting for only 26 percent of total sales. Only four of these companies hold a market share greater than three percent.

An increase in customer awareness of the chemicals used in everyday cosmetics is the primary driver of the growth of the natural beauty market. “Two decades ago there was very little information,” said Shashi Batra, chief executive of Credo Beauty, a natural beauty retailer that launched in January. Now, there are plenty of websites that provide “dictionaries” of ingredients or offer a comprehensive database of “chemical free” beauty products. Apps like “Skin Deep" and “Think Dirty," let customers scan products to reveal ratings on a scale of one to 10, from healthy to harmful.

“People are just more and more aware of what is in the product and I think it’s the result of digital and social media,” said Stéphane De La Faverie, senior vice president and general manager of Origins, Ojon and Darphin.

As of 2014, the EU has banned more than a thousand chemicals from being used in consumer products, including cosmetics and food. Concerns around cosmetics are an inevitable part of a global awakening to the “cocktail of chemicals and pollution” people live in and the realization that “the lifestyle [they] lead can result in real physical problems,” explained Llamas.

“Natural and organic beauty is not a trend on its own,” added Llamas. “It’s caused by the bigger trend of global health and wellness.” “20 years ago, Whole Foods in the US was less than a $50 million company and today it’s almost $13 billion,” said Credo Beauty’s Batra. “I think there’s a very high likelihood that that [natural beauty] follows the parallel of the food business.”

For some consumers, it’s natural because it’s fruity or it has fruit on its packaging.

But what does “natural beauty” actually mean? And is it really better for consumers? The US Food and Drug Administration does not regulate the term “natural.” Euromonitor, a marketing research company, doesn’t keep information on the natural personal care market because it is too hard to define. Natural, it appears, is often in the eye of the beholder. “For some consumers, it’s natural because it’s fruity or it has fruit on its packaging. For some it has to be organic certified — 90 percent of the ingredients [have to be organic certified],” said Nicole Tyrimou, a beauty and personal care analyst at Euromonitor.

Kline defines the natural personal care market as being composed of all the various brands that market themselves as “natural,” including those who sell both “truly-natural" and “naturally-inspired" products. Kline rates beauty products on a scale of one to 10, with one being highly synthetic and 10 being completely natural. Those that score lower than five are considered "naturally-inspired." According to Kline, “naturally-inspired” beauty products account for about 75 percent of the natural beauty market, three times the share held by “truly-natural” brands. 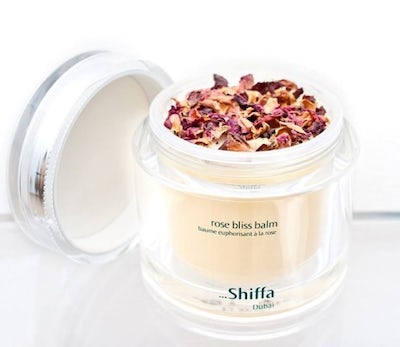 Scientifically, the distinction between natural and chemical is dubious. Everything in the natural world is made up of chemicals. When brands claim to use natural ingredients, what they mean is that they don’t use ingredients that have been synthetically produced in a lab. But are natural chemicals safer than their lab-made counterparts?

In 2004, Dubai-based dermatologist Dr. Lamees Hamdan founded natural skincare company Shiffa, which blends science with organic ingredients to create upmarket beauty products. It’s important to have an honest conversation about natural ingredients, she explained. Used in very high percentages, natural chemicals can cause just as severe problems as synthetic ones.

It could be harmful “if you use [ingredients] in concentrations of pure 100 percent, but we use it in 0.001 percent,” said Hamdan. “If you want a product that is simply a hundred percent organic, go get yourself coconut oil, some drops of lavender and geranium and lemon, and use that.”

There are also naturally occurring chemicals, like allantoin, which comes from the urine of many mammals and is used in thousands of skincare products for its moisturising properties, that many cosmetics companies produce synthetically for both safety and convenience.

“The brands that have been doing the best are the ones that are… combining science with nature,” argued Tyrimou, as it allows companies to create more efficacious products and keep up with the mainstream trends.

Some of the most popular products in the cosmetics market are creams with SPF 30 protection. When Juice Beauty's Behnke first entered the natural beauty industry, the natural zinc available for her to use was far too heavy and she was unable to compete with brands that used synthetic ingredients like oxybenzone, “something we would never dream of using.” Recent developments in cosmetic science have led to the creation of a suitable zinc alternative, with which Juice Beauty has been able to launch several SPF 30 products.

For major cosmetics companies, acquisition of smaller brands that have already established an identity and a following of loyal customers has been the best way of establishing a presence in the growing natural beauty sector. 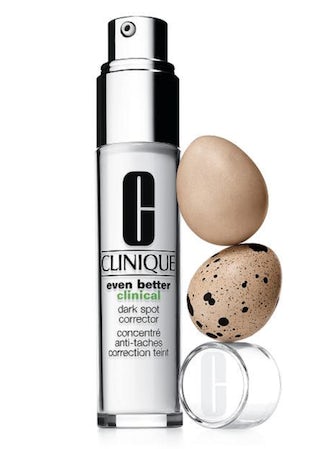 For a long time, natural beauty brands struggled with the way they were perceived by mainstream consumers. Early adopters bought into natural beauty brands for their “granola, hippy chick positioning” rather than their product efficacy, said Batra. “For the last thirty years up until now, natural beauty was more focused on the natural than on the beauty part. You really had to sacrifice style for substance.”

Creating desirability around Shiffa was the way Hamdan set out to capture her customer. “I wanted [Shiffa] to be the La Prairie of organic skincare,” rather than catering to the natural beauty niche, she said. Today, Shiffa has 55 points of sale worldwide including Selfridges and Sephora in the Middle East, where it has been one of the top five best-selling brands since 2007.

In a response to market trends, several beauty brands have simply attempted to recast some of their products in a natural light. According to Karen Grant, a global beauty industry analyst at NPD Group, they have toned down the “techno-speak” in their marketing and replaced it with a more natural vocabulary, using words such as “healing” and “soothing,” rather than scientific terms.

In 2010, Clinique launched the Even Better Clinical Dark Spot Corrector, which proved to be one of their best selling products. The accompanying advertising campaign featured a quail’s egg losing its spots. The following year, the cosmetics manufacturer released the All About Eyes Serum; this time the advertisement featured cucumbers. “The product itself was not natural,” Grant explained. “But the marketing and what the consumer was seeing was a natural thing with it.”