MUMBAI, India — In 2008, Riccardo Tisci and Jean Paul Gaultier changed the life of a young Indian model named Lakshmi Menon, who made her debut at their Paris shows. At the time, Indian models were conspicuously absent from the runway. But Menon, boosted by this early endorsement, soon went on to grace catwalks and campaigns for the likes of Chanel, Hermès, Givenchy, J.Crew, Bloomingdales and Neiman Marcus, becoming one of India’s most successful fashion exports and paving the way for a wave of models from the Indian subcontinent.

Last month, India Today, the country’s top news magazine, which seldom veers from hard-nosed politics, ran a cover story with the headline “Brown Girls in the Ring,” documenting the rise of Indian models like Bhumika Arora, Pooja Mor, Radhika Nair and Dipti Sharma. Radhika Nair and Dipti Sharma, in particular, have both walked the runway for Demna Gvasalia's white-hot Balenciaga, which both put them on the map and underscored just how far Indian models have come.

On the demand side, the shift is evidence of new excitement for non-traditional beauty and the growing power of difference. “Being unique in their looks, with exciting personal stories of their own, these models are seen as more valuable today than being just plain pretty,” said creative director and stylist Nikhil Mansata, who casted Indian models Kiyara, Komal Gajjar, Urvashi Umrao, Suzanne Baker, Madhulika Sharma, Saket Sharma, Nitigya Singh, Ravyanshi Mehta and Tuhir Brahmbhatt to appear in a specially commissioned shoot for BoF. “I believe that the Indian girls have a unique look, with a slight androgynous touch, that exudes beauty and strength — and that’s what appeals to me as a manager,” added Joanna Olsson, a director at IMG in Paris. 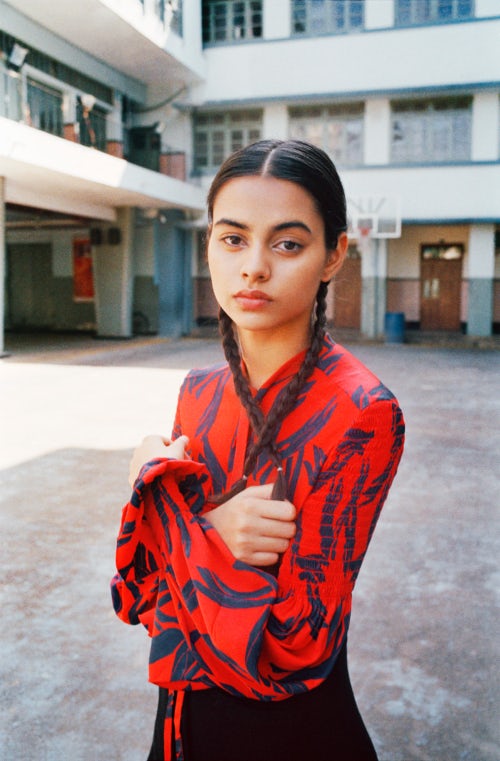 “I believe that the Indian girls have a unique look, with a slight androgynous touch, that exudes beauty and strength — and that’s what appeals to me as a manager,” said Joanna Olsson, a director at IMG in Paris.

On the supply side, one of the key drivers for this phenomenon is social media and the significant role it plays in providing a platform for new talent, no matter where they are from. “I have a hawk’s eye on social media feeds for potential stars,” said Gunita Stobe, one of the founders of Anima Creative Management, India’s leading talent agency, who found Pooja Mor in a catalogue that was posted on Facebook. In December 2014, IMG Models introduced @WeLoveYourGenes (#WLYG), an Instagram scouting account dedicated to discovering new modelling talent around the world with the anthem “no matter your heritage, parentage or background, We Love Your Genes.” Komal Gajjar, a small-town girl from Ahmedabad, India, was one such discovery.

But wherever they are found, the rise of Indian models is also unmistakably the product of the growing spending power of Indian fashion and luxury consumers. “According to a recent estimate, the Indian luxury market is about $18.3 billion and is growing at a compounded annual growth rate of about 25 percent,” said Darshan Mehta, president and chief executive of Reliance Brands, a subsidiary of the Indian conglomerate Reliance Industries, which holds the India licenses for brands like Diesel, Juicy Couture, Bottega Veneta, Burberry and Ermenegildo Zegna.

Over the past decade, India added around 500 new ultra-high-net worth individuals (UHNWIs) annually, while over the next decade the number will increase by approximately 1,000 per year, according to property consultancy Knight Frank’s latest wealth report. While luxury brands like Louis Vuitton, Gucci, Dior and Burberry already have a strong foothold in the country, luxury goods retailer Saks Fifth Avenue is actively looking at India as a new destination for expansion, according to sources.

High real estate prices, obstacles to foreign direct investment (FDI), an overly complex tax code and lack of adequate infrastructure have long stunted the growth of India’s fashion and luxury market. But recent reforms to FDI and tax regulations are helping to ease doing business in the country. Today, India is the second most attractive market for global retailers after China, according to the 2016 Global Retail Development Index by AT Kearney, which cited the country’s large population, growing middle class, brisk urbanisation and fast-rising internet adoption rates. 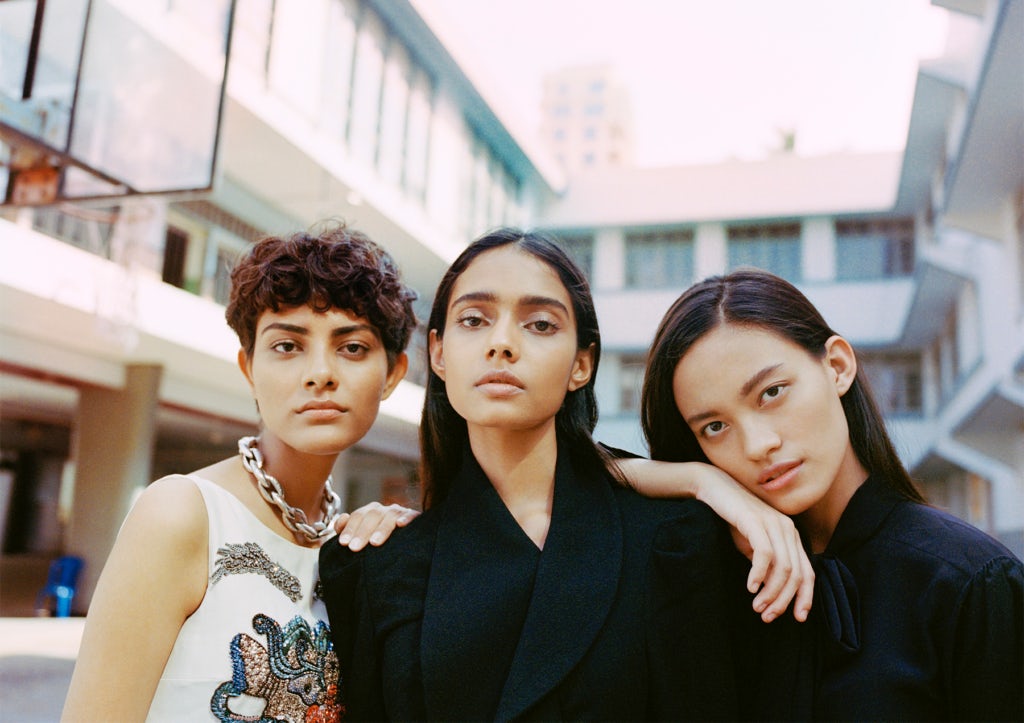 The Indian models who are making in-roads in the fashion industry are harbingers of change in India and elsewhere. They may not be the tallest or the conventionally prettiest of models, but they value their own culture and celebrate their unique and unconventional traits, making for endearing personalities who are a far cry from the stilted and homogenised models of the previous generation. And most importantly, they represent the countries that will become the biggest consumers of tomorrow.

Editor's Note: This article was revised on November 28, 2017. An earlier version of this article misstated the author's opinion on Indian models, whom she believes may not be perceived as "the prettiest" by the Western-centric standards that dominate the fashion market. We sincerely apologise for the error. 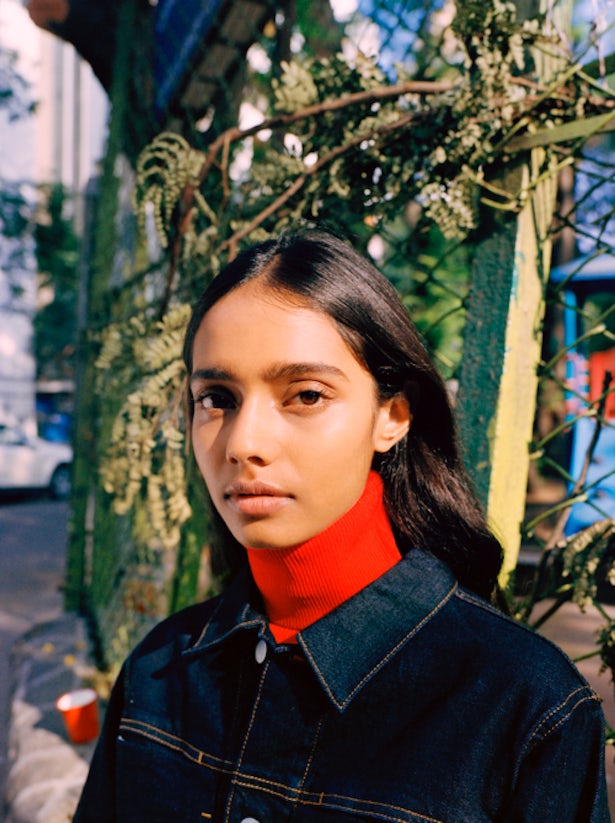 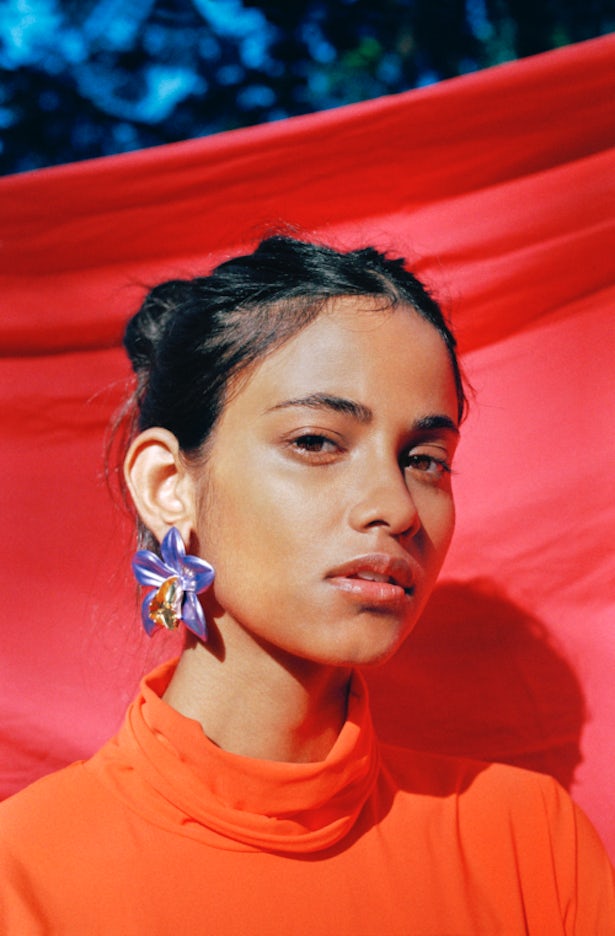 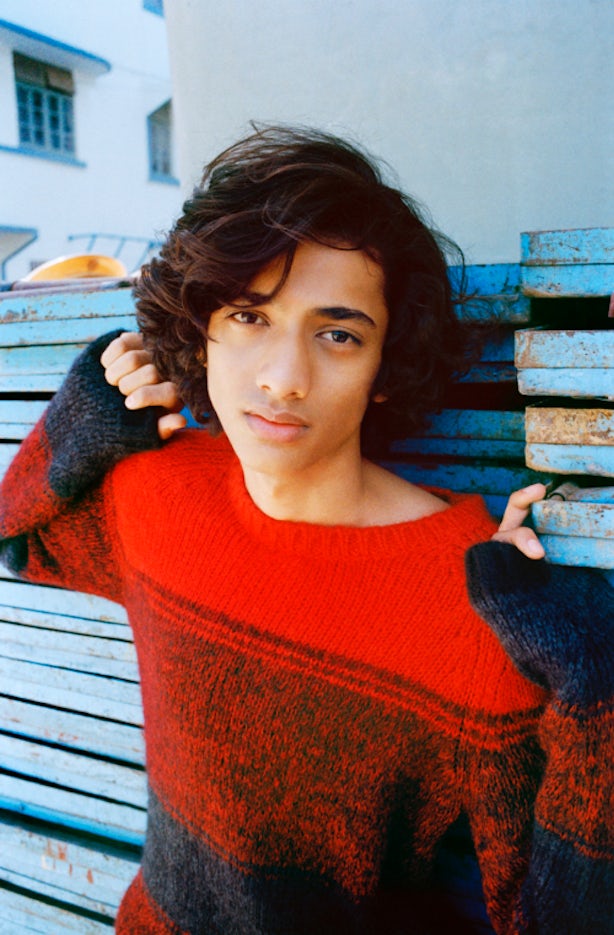 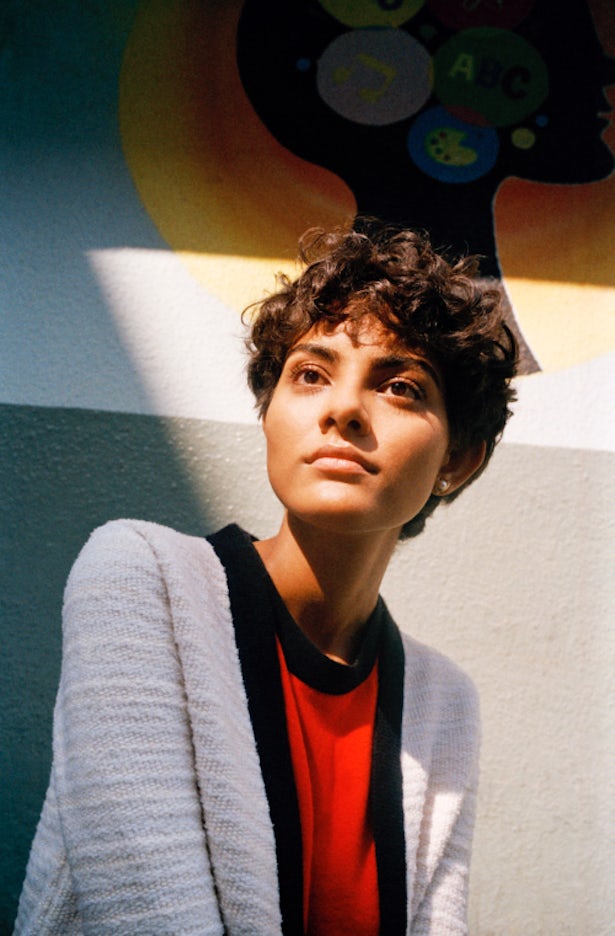 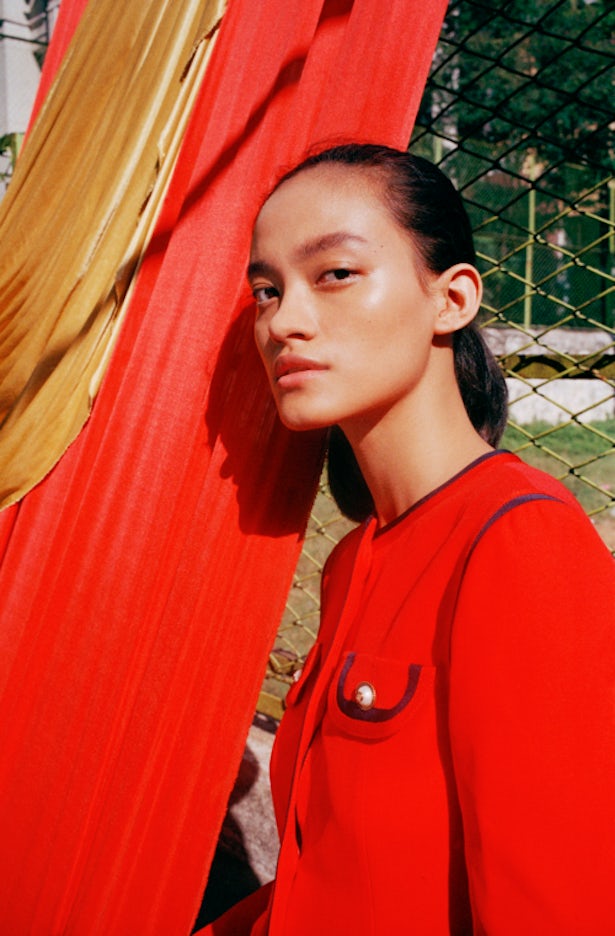 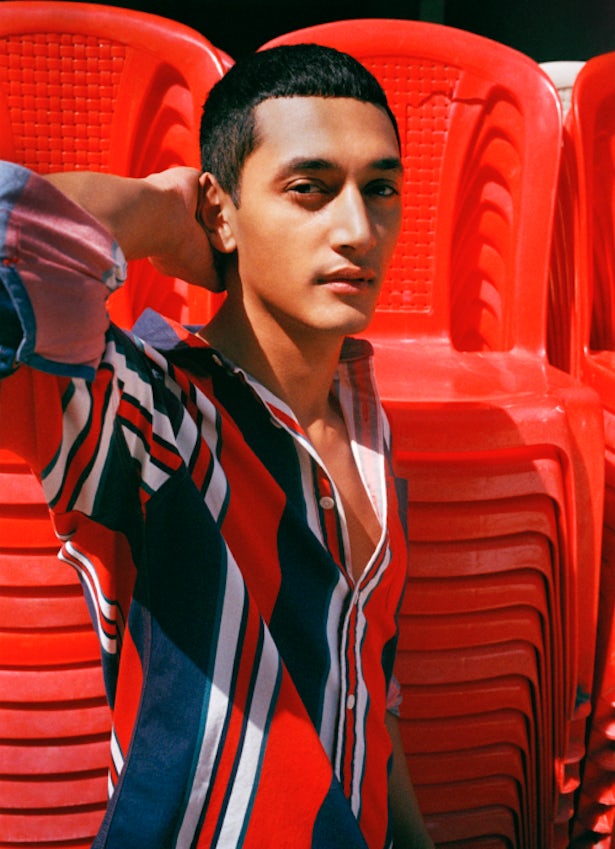 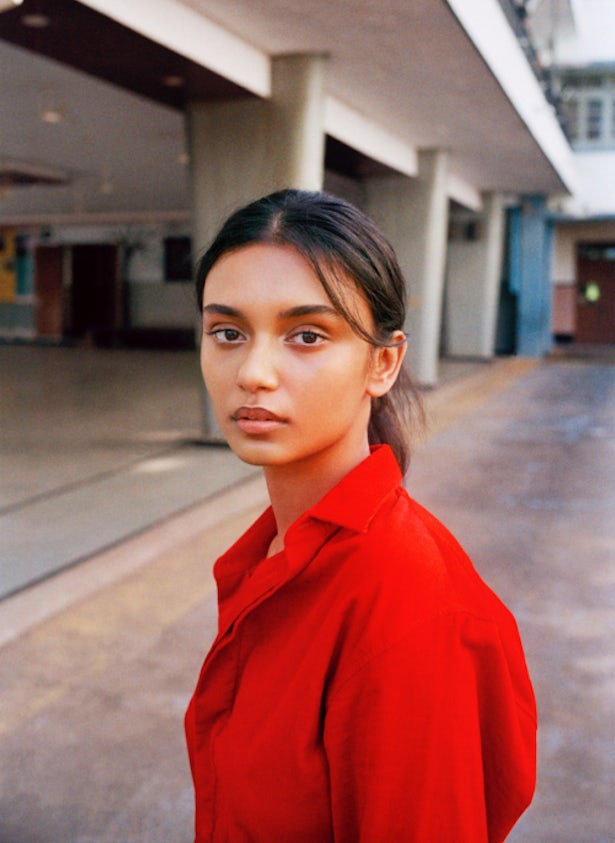 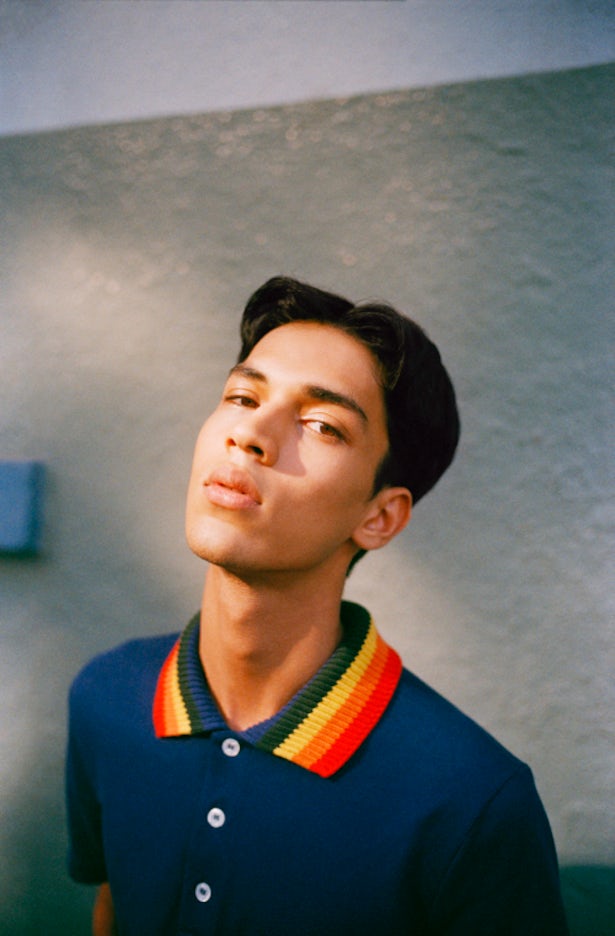