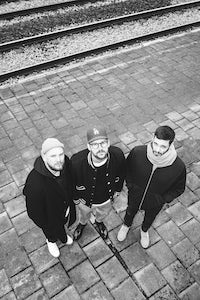 LOS ANGELES, California — “It’s a situation which never happened before,” says Niklaus Hodel, the Swiss designer who, along with longtime creative partners Matthias Weber and Florian Feder, has been tasked with re-launching Band of Outsiders at New York Fashion Week this autumn. “Re-launching an independent brand without the owner is very special.”

Special, unprecedented, awkward — whatever you want to call it — that is exactly what is about to happen. On Saturday, September 10 at 7pm, the trio will stage a runway show unveiling Band of Outsiders’ Spring/Summer 2017 men’s and women’s collections, their first since assuming creative direction of the label.

For Hodel, Weber and Feder, who started the men’s shoe line WHF in 2012 after studying together at Antwerp's Royal Academy of Fine Arts, Band of Outsiders offers an opportunity to present their own vision on apparel, which they have been designing for other people — namely, Dries Van Noten (Feder and Hodel), Kim Jones at Louis Vuitton (Hodel) and H&M (Weber) — to make a living.

“It was quite quick that we clicked as a group,” says Weber, who was roommates with Feder — a friend from Munich — during his four years at the Royal Academy. They met Hodel early on in their studies. “There’s just not so many people in fashion school who want to go to sports bars in Antwerp to watch football games.”

It won’t be a copy of something someone else created with his blood, sweat and tears.

But while the project is an opportunity for the trio to present their ideas about clothes, it also marks the second coming of a brand that shuttered more than a year ago in a dramatic fashion.

The business executive behind the revival is Antony Verbaeys, the managing director of CLCC SA, a Belgian fashion fund backed by Belgian shipping magnate Christian Cigrang. CLCC — which, Verbaeys says, stands for nothing in particular — has invested in labels including Christian Wijnants and A.F. Vandevorst, as well as WHF. Verbaeys says that CLCC prefers to embark on 50-50 partnerships with designers. However, because of the unique circumstances around Band of Outsiders, in this case, it controls the company completely.

In 2014, CLCC invested through a convertible loan in the American brand, founded by former CAA agent Scott Sternberg in 2004 and named after the Jean-Luc Godard film Bande à part. Los Angeles-based Sternberg’s designs — and uncanny marketing acumen — attracted editors, buyers and celebrities alike, who bought into his vision of shrunken men’s shirting, primary-colour bandage skirts, clever copywriting and punch-label graphics. “I saw this enormous PR exposure and huge following in terms of fan base,” Verbaeys says. “There was huge potential for this brand. Imagine if we could lift sales to the level of the PR exposure and to the level of consumer following and likes on Instagram and Facebook. That’s why I was really interested in [it], the narrative and the aesthetic, Southern California… Everything about it.” 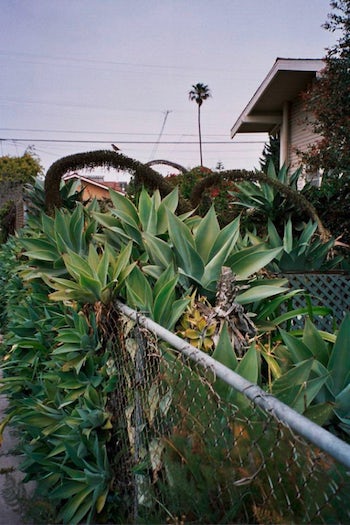 By the time the label opened its first New York store in 2014, complete with a Momofuku Milk Bar outpost that nodded to Sternberg’s short-lived-but-well-loved cookie blog, Band of Outsiders had grown into a full-fledged brand.

But by the spring of 2015, its fortunes had changed and the company had laid off its staff and cancelled Autumn/Winter orders because of failure to make payments on a $2.5 million line of credit. In July 2015, a public auction was held in New York City for Band of Outsiders’ intellectual property and inventory. But despite multiple proposals from outside bidders, none were large enough to pay off the debt and CLCC went back to Belgium in full control of the entity. “We always wanted to continue,” Verbaeys says. “We had to organise a public auction. But it was always our intention. Obtaining [Band of Outsiders] was a good thing for us.”

Many questioned how quickly CLCC would get the label up and running again, and in what capacity. While its brand equity was uncommonly strong for a company of its age and size, it was difficult for insiders to imagine the narrative continuing without Sternberg, who ended his involvement with the brand in 2015 and declined to comment for this story.

Verbaeys’ challenge, then, was to capitalise on Band of Outsiders’ remaining assets — mostly its name and provenance — without borrowing much else from Sternberg’s vision. “We didn’t want to make a copycat of Band of Outsiders 1.0,” the executive says. “We gave a lot of creative freedom and said, ‘This is the equity we would like to maintain: work with that and do your own thing.’”

That meant bringing on Hodel, Weber and Feder — three Europeans — and their network of creative collaborators across the continent, including graphic designers and art directors, to re-interpret Southern California style. “Los Angeles will always be the main source of inspiration,” Hodel says. It was a welcome challenge for the trio, who were absorbed in skate culture as teenagers growing up in the middle of the 1990s. “Everything that was brought from America was gold to us,” Feder says.

I am sure we will have some pushback, but I’m convinced that when they see the new narrative we have created, the pushback will subside soon.

Since joining CLCC to work on Band of Outsiders full time, the team has taken multiple trips to Los Angeles, and there are plans to open a studio in the city in the near future. “In the beginning, we had to sit together and talk about where we actually want to take this brand, and what we wanted to keep,” Hodel says. “It will be a re-launch. It won’t be a copy of something someone else created with his blood, sweat and tears. It’s like if WHF was done by someone else. What we do has to be different than what was done in the past.”

Photographs were not permitted at a preview of the forthcoming collections. Aesthetically, there is very little linking the reboot with the original Band of Outsiders. While both lines nod to collegiate style, Sternberg’s look was often rooted in prep-school attire, while Hodel, Weber and Feder are clearly inspired by streetwear. (For instance, their version of a suit features flyaway track pants rendered in a high-twist wool.) The concept behind the new lookbook, shot on the streets of Los Angeles in neighbourhoods from Venice to Compton, is a complete departure from Sternberg’s popular Polaroids.

Despite these aesthetic differences, both collections will be positioned similarly on the sales floor. The new Band of Outsiders will be sold at a contemporary price point slightly lower than that of its predecessor, and is targeting similar retailers.

This is perhaps the most complicated piece of the puzzle, as there are loyalties to Sternberg — and more importantly, his vision — that run deep. Band of Outsiders was previously sold at stores like Barneys New York, Saks Fifth Avenue, Net-a-Porter and Opening Ceremony. But many retailers are also familiar with WHF, which is currently sold at Isetan in Tokyo, Colette and has been stocked by Opening Ceremony and Dover Street Market in the past. “I am sure we will have some pushback,” Verbaeys admits. “But I’m convinced that when they see the new narrative we have created, the pushback will subside soon. In the press the mood is already changing. Of course, some people are loyalists, but there will be sufficient room in the market.”

Scott Sternberg Says Fashion Is Wonderful for an Entrepreneur Who is Creative
LA Confidence: A Fashion Force Beyond Film
What Happened to Saint Laurent’s LA-based Team After Hedi Slimane Left?