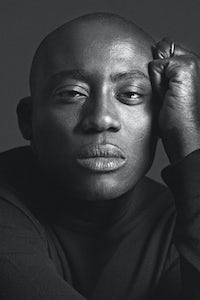 LONDON, United Kingdom — Edward Enninful has been appointed editor-in-chief of British Vogue, succeeding Alexandra Shulman, who resigned in January after 25 years at the helm of the title.

Enninful, the former style director at W Magazine, will be the first male to edit British Vogue in its 100-year history, and will begin his new role in August.

"I am pleased to announce the appointment of Edward Enninful, OBE, as Editor of British Vogue effective August 1, 2017," said Jonathan Newhouse chairman and chief executive of Condé Nast International in a statement. "Edward is one of the most talented and accomplished fashion editors in the world."

Newhouse called Enninful "an influential figure in the communities of fashion, Hollywood and music which shape the cultural zeitgeist" and said he was "supremely prepared to assume the responsibility of British Vogue."

Enninful has a strong track record of breathing fresh life into the titles he works with. His appointment to W magazine in 2011 helped transform the title’s fortunes, boosting ad pages by 16 percent in 2012, the biggest year-over-year gain among fashion titles. Enninful also spearheaded Vogue Italia’s “Black Issue”, an issue so successful that Condé Nast was forced to print an extra 40,000 copies.

Indeed, Enninful understands the Vogue DNA. Until his appointment to W Magazine in 2011, he was a contributing editor at both American Vogue (from 2006) and Vogue Italia from 1998, working closely on the latter with the late Franca Sozzani and photographer Steven Meisel. “I always say that I was a London stylist but when I worked with Steven, I became a proper stylist,” he told Models.com in 2010.

Ghanaian-born and London-raised, Enninful’s entry into fashion was as a model aged 16, having been scouted on the Tube by legendary stylist Simon Foxton. His first shoot was with Nick Knight who introduced him to i-D magazine, and before long, he was assisting the title’s fashion director Beth Summers while simultaneously studying for his degree at Goldsmith’s. When Summers left the title, the then-18-year-old Enninful was appointed to her role making him the youngest-ever fashion director of an international fashion publication.

Inspired by London’s club scene in the '80s, Enninful’s work during this period captured the frenetic energy and creative zeitgeist of the time. It was during this time that he befriended many of his future fashion collaborators, including David Sims, Pat McGrath, Craig McDean, Mario Sorrenti, Kate Moss and Naomi Campbell .

Enninful was awarded the Isabella Blow Award for Fashion Creator at the British Fashion Awards in 2014, followed by an OBE in 2016 for services to diversity in the fashion industry.

Also believed to be in the running for the editorship of British Vogue was Jo Ellison, fashion editor of the Financial Times, and Emily Sheffield, who is currently deputy editor at British Vogue.

Enninful’s appointment has been greeted with praise from the fashion community, in which he is well liked and widely respected.