KATHMANDU, Nepal — On April 25, a major earthquake measuring 7.9 on the Richter scale devastated Nepal. The earthquake’s destructive power saw tremors reach as far away as Tibet, India and Bangladesh. To date, 3,726 deaths and 6,515 injuries have been recorded. Tragically, as aftershocks continue to ripple through the capital city of Kathmandu, the death toll is expected to rise.

I would like to see the fashion industry get involved, not just with immediate funding but for the years and years to come.

New York-based designer Prabal Gurung, who was born in Singapore but raised in Kathmandu, first heard of the disaster from friends and family in Nepal. The fashion designer swiftly re-purposed his non-profit organisation, the Shikshya Foundation, which is normally aimed at providing education for underprivileged Nepalese children, as a vehicle to rapidly crowdsource funds, using the platform Crowdrise, to aid those affected by the disaster.

In a phone call to BoF, Gurung reported that “people are camping outside; there’s a shortage of food and aid-supplies; and we’ve heard that rescue teams are having a difficult time landing because there is just one airport and the logistics and construction are really bad.”

Gurung is seeking the support of industry colleagues and his community of followers in his drive to raise funding to help the victims of the disaster. Tens of thousands of dollars has been donated since the campaign’s inception. As of the afternoon of Monday, April 27, the fund had already raised $222,882, $10,000 of which was donated by the CFDA. 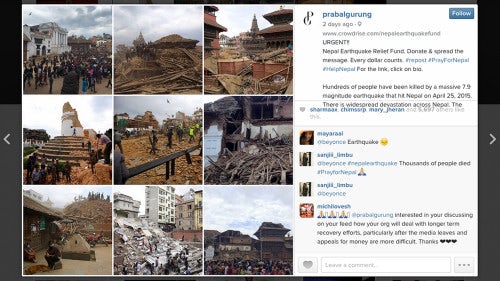 Gurung has a network of friends and family on the ground in Nepal who are providing feedback on where they believe the money will be best spent. One of the key focal points will be remote villages, many of which have been completely destroyed. “They are our priority,” said the designer, who is also in conversations with non-governmental organisations, including the Red Cross and Oxfam, to understand their needs and where he can assist. “The thing is that the initial stages of rescue [medical support and emergency shelters] are already happening, but the next stage of funding will be difficult and I want to help during that time,” he said.

Noting that many of Nepal’s historical monuments, temples and artefacts have been demolished, Gurung said he planned on extending the fund to provide long-term assistance. “Nepalese culture is historically rooted in art and artefacts — and that is completely gone. Rebuilding that will take time. I thought whom better to understand the importance of art and culture than the fashion community? I would like to see the fashion industry get involved, not just with immediate funding but for the years and years to come.” 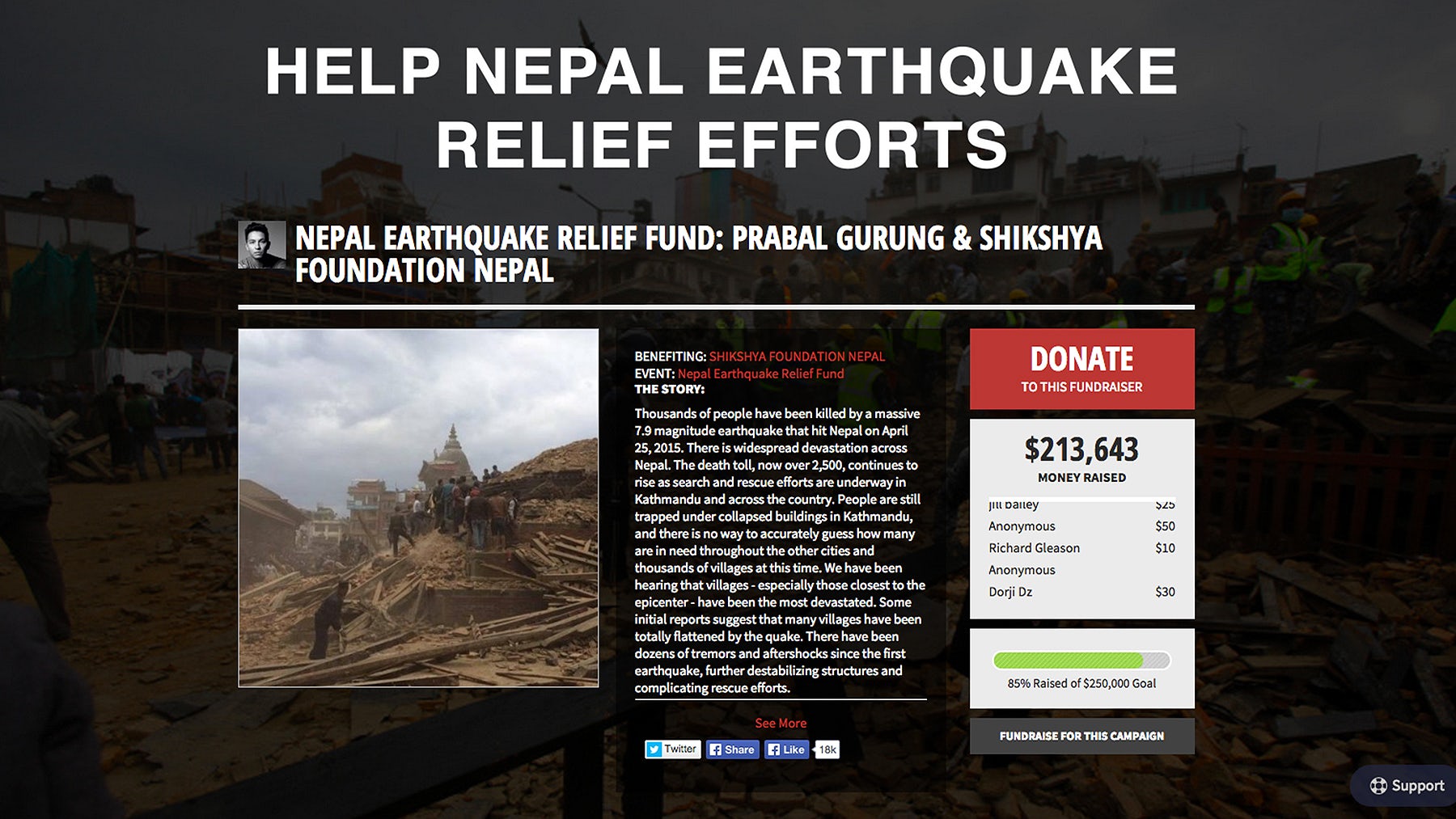 Bandana Tewari, the fashion features editor of Vogue India, who is also of Nepalese origin, told BoF: “Fashion is such an incredible platform to mobilise people to act for the good of others. Now is the time to walk the talk and bring all the principles, that we discuss and debate in conferences and fashion summits, to life. Here is a chance for fashion to make this true and personal by being involved in the recovery of a poor country with the richest heart."

Gurung plans to continue working with CFDA and "would love to reach out to other designers to work on a project with me to raise funds. I want the global fashion community to be open-minded about it. Hopefully they will be welcoming to the idea and can come together for this good cause.”