LONDON, United Kingdom — As luxury stock valuations continue to roar ahead, even as the overall market has stalled, and luxury brands go to private and public investors to finance further expansion, we take our monthly check of the Market Pulse to understand the key drivers.

• There has been a flurry of M&A activity during the last month despite high valuations.  Puig acquired the fashion house Jean-Paul Gaultier from Hermès.  Labelux went on a shopping spree bagging Jimmy Choo from TowerBrook and Belstaff from the Malenotti family.  Department store group Coin was acquired by BC Partners.  French leather goods brand Le Tanneur was acquired by Qatar Luxury Group, owned by the Emir of Qatar's spouse.  Chinese conglomerate Fosun bought a minority stake in the Greek jewellery brand Folli-Follie

• Strong growth potential in China is fuelling competition amongst brands who all want a slice of the pie.  This may drive overheads and rental costs up and put pressure on margins 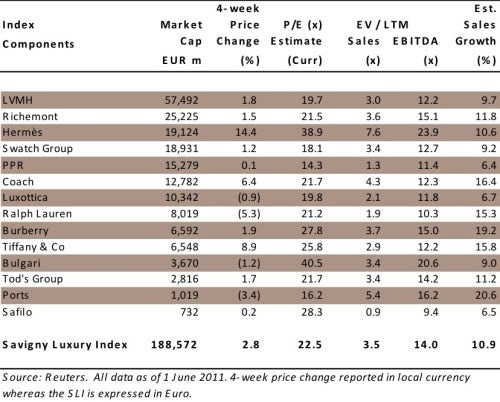 Pierre Mallevays is a contributing editor at The Business of Fashion and founder and managing partner of Savigny Partners, a corporate advisory firm focusing on the retail and luxury goods industry

In This Article
Topics
Series
Organisations