The multi-disciplinary exhibit — sponsored by Selfridges, with support from Dazed, Eco-Age and Leila Elling — consists of original commissions that explore sociopolitical currents in the contemporary fashion landscape, including sustainability and fast-fashion, male domination, and cultural displacement and immigration, through the mediums of film, fabric and installations. It marks the first time a designer has taken over the gallery space. 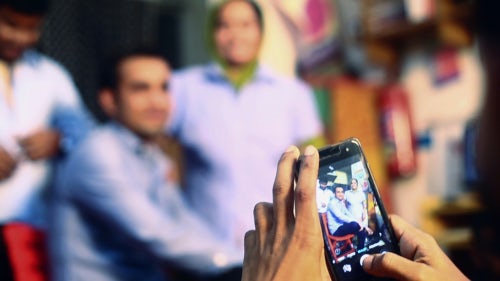 A still from "Prodigal Son" by Osman Yousefzada | Source: Courtesy

“It’s the other side of fashion,” the Birmingham-born designer told BoF, noting how one installation is made up of garments created by low-wage workers in Dhaka, Bangladesh, while another draws on his experience growing up in a conservative Muslim, Afghan-Pakistani family. “It’s the side behind the glamour, behind the allure. But it’s still quite real and very relevant.”

To coincide with the exhibit, Yousefzada has also curated a four-day event, “The Migrant Festival.” The programme includes a screening of “The True Cost,” introduced by executive producer Livia Firth; a fashion illustration workshop with Gregory Mark Lewis; talks from speakers, including British Vogue contributing editor Claudia Croft; and will culminate in a fashion parade across Birmingham’s city centre. “It’s really a grass-roots celebration of diversity,” Yousefzada said. 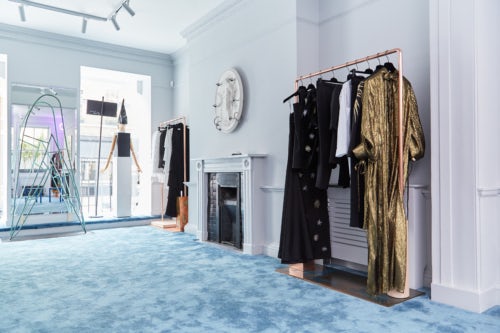 Inside the Osman Townhouse | Source: Courtesy

He added that the exhibition and festival were natural extensions of on-going projects he was working on, namely The Collective, the annual art and culture publication he curates.

The brand has recently entered a new chapter of growth. Osman secured investment for an undisclosed sum from a private consortium last year; now the business is preparing to re-launch its website in July and has recently opened its first flagship store in London on Fitzrovia’s Percy Street — a five storey townhouse that sells ready-to-wear as well as jewellery, rare books and houses a rotating gallery space with art pieces available for purchase.

Yousefzada declined to give figures for the business, but said Osman had grown 72 percent over the past year.

“Being Somewhere Else” will be on show from June 6 to 29 at Ikon Gallery in Birmingham, while "The Migrant Festival" will run from June 14 to 17.