This week, Benefit Cosmetics names its replacement for outgoing CEO Jean-André Rougeot, while StockX appoints its first ever CMO. 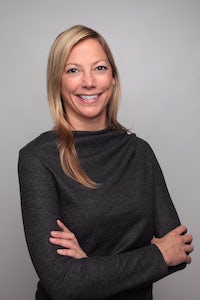 This week, Benefit Cosmetics names its replacement for outgoing CEO Jean-André Rougeot, while StockX appoints its first ever CMO.

Benefit Cosmetics has hired Christie Fleischer as its new chief executive. Fleischer joins the company from Netflix, where she was head of global consumer products. She will report to Chris de Lapuente, chairman and chief executive of LVMH’s perfumes and cosmetics division, and replaces Jean-André Rougeot, who was tapped to lead LVMH stablemate Sephora in early 2019.

Following the departure of Joël Palix earlier this year, Feelunique has appointed Sarah Miles its new CEO. Effective November 2019, Miles joins the company from Amazon Fashion, where she was director EU marketing and new business since June 2018.

Vetements Co-Founder Demna Gvasalia has left the label, which he started in 2014, stating that he believes he has fulfilled his mission as a designer for the brand. He remains the creative director of Balenciaga. The brand is expected to go on without Gvasalia.

Toby Bateman has left Mr Porter after nine years at the company and almost four years at its helm. The announcement comes shortly after the Yoox Net-A-Porter group announced several executive appointments. The company has not yet announced the reason for Bateman’s departure.