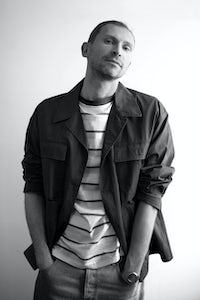 Pringle of Scotland has named Giuseppe Marretta menswear design director, effective April 2019. Marretta was previously at Giorgio Armani, where he was head of knitwear and jersey. He reports to Pringle of Scotland Chief Executive Jean Fang and replaces Massimo Nicosia, who left the brand in July 2017 to work on other projects.

BDG has appointed Emma Rosenblum editor-in-chief of its lifestyle brands, including Bustle, Elite Daily, The Zoe Report and Romper, effective July 15, 2019. Rosenblum joins the company from Elle, where she was executive director. She will report to BDG Founder and CEO Bryan Goldberg and loosely replaces Kate Ward, who held a similar role.

Following a consolidation of its PR and communications teams, Ermenegildo Zegna has appointed Domenico Galluccio to lead the department as of June 3, 3019. Galluccio joins the company from Moncler, where he was director of worldwide PR and media, and reports to Zegna’s Chief Marketing and Digital officer Luca Lo Curzio.

Maisonette adds to board, appoints COO

Childrenswear marketplace Maisonette has appointed Marissa Mayer, co-founder of Lumi Labs and former president and CEO of Yahoo!, to its board of directors, as of April 2019. Mayer currently serves on the board of Walmart, Stanford Children’s Hospital, the San Francisco Museum of Modern Art, the San Francisco Ballet and the foundation board for the Forum of Young Global Leaders at the World Economic Forum.

Maisonette has also hired Chris Sponiar to fill the newly created role of chief operating officer, as of April 17, 2019. Sponiar was previously at Walmart’s e-commerce division, where he was general manager of Walmart.com’s toys and seasonal business. He reports to Maisonette co-founder and CEO Sylvana Ward Durrett.

Romain Kremer is stepping down from Camper after 10 years at the company and 5 years as its creative director. His last collection for the shoe brand will be Autumn/Winter 2020.

The board of Italy’s Altagamma Foundation has elected Matteo Lunelli, chief executive of sparkling wine company Ferrari Trento, as president for the 2020-2023 mandate. Lunelli, who was previously vice-president of Altagamma, succeeds Andrea Illy, who has held the position since 2013.

Mike Barry is stepping down as Marks & Spencer’s director of sustainable business after 19 years at the company, effective at the end of June 2019. Carmel McQuaid, current head of sustainability at M&S, will take on Barry’s role.