LONDON, United Kingdom — Superstar photographer Mario Testino can shoot a close-up of a Brazilian beach boy displaying an erection through the fabric of his tracksuit bottoms with the same confidence and élan as he can take a portrait of the beautiful but vulnerable Princess Diana, rendering her as glamorous as any of the great Hollywood goddesses of the past with a hand as assured as Boldini.

Homebase for the peripatetic life he leads — “I'm lucky to spend two nights a month in my own bed” — is West London, where a rather plain and ordinary building, sitting matte black in its semi-suburban surroundings, houses a four-storey creative factory that is positively pulsating with talent and confidence. Here, a large team of nearly 50 people collaborate to deliver Mario’s work. There are video directors, art directors, archivists, trend researchers, digital retouchers, people who manage his book projects, and those who coordinate his travel.

Mario knows that running his enterprise is a team effort. “In earlier days,” he recalls, “clients were always asking me to oversee everything. So that was when I decided to build up my company — or develop the different areas that became my company — and created the teams to work with me. I am a control freak, of course. But I am a collaborative one. I need to participate in every aspect of a project, but I always listen. I leave all doors open for others to bring in other ideas. I learned a long time ago that ‘Me! Me! Me!’ never really works.”

“My father used to say, ‘There is life and there is you. Life is stronger.’ But, of course, no matter how we all work hard together, everything we do is my responsibility and I have to make sure that it is always to the highest level possible.”

Born in Lima, Peru, in 1954 and educated by priests, Mario Testino moved to London in the Seventies. His career began tentatively with a commission to photograph a girl's haircut for British Vogue. “It was postage stamp-size on the page!” he admits. But the girl in the picture was stylist Lucinda Chambers and the shoot sparked a personal friendship and professional partnership that has lasted to this day.

“First and foremost, working with him is always a happy, collaborative experience,” says Chambers. “He always has his own ideas and very definite opinions, but we also always talk — and he really listens. But, in the end, it is his sense of responsibility and insatiable curiosity for people and places that makes the picture what it is.”

Today, Mario Testino’s business spans the kind of traditional portraiture that has made him highly sought-after amongst top celebrities and royalty, as well as fashion editorial and advertising for the world’s leading fashion magazines and brands. Indeed, from Versace’s groundbreaking “Versace Presents Madonna” campaign to Christopher Bailey’s winning mix of British models and young aristocrats at Burberry, Testino has had a hand in shaping the visual communications of scores of top fashion brands. 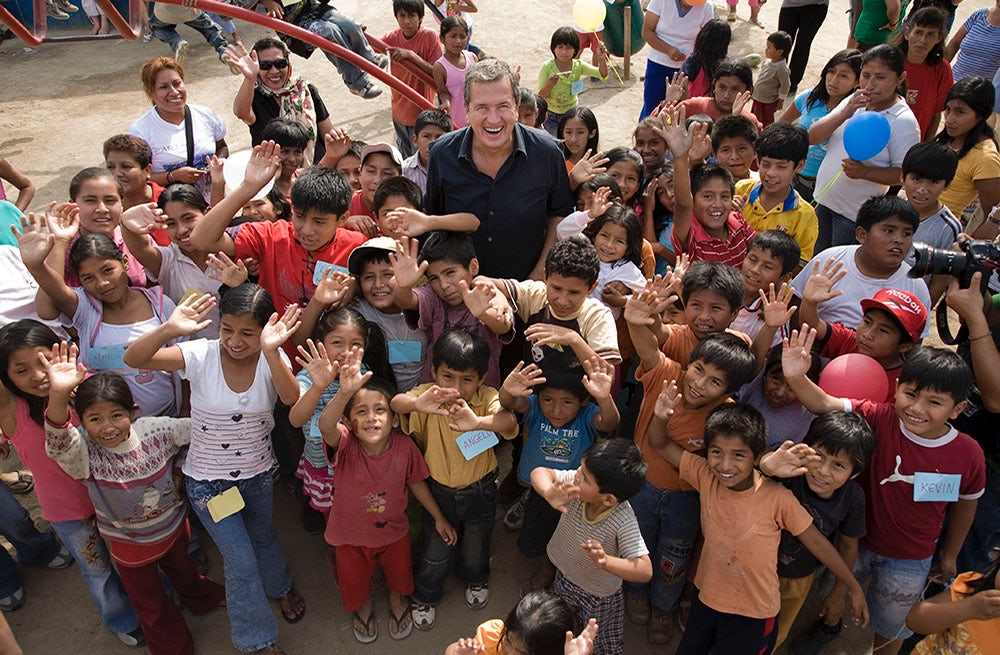 Testino remains, to this day, a daylight photographer. “I love working by available light more than anything,” he explains. “If you spend an hour or so checking a hundred lights, by the time you start shooting you have lost the person. The subject has gone. My belief is that if you are a responsible fashion photographer you must never forget what the job is. It is to create images that will inspire people to go out and buy — and that is true whether the shoot is advertising or editorial.”

“I remember working with Tom Ford at Gucci in the Nineties and he was always saying in the advertising shoots, ‘Go further! Push the images. Go into your mind and do anything that feels right for you,’” he recalls. “Clothes play such a big part in what we think we are or want to be."

"Of course, sex is an important component of a fashion photograph. But there are other things you might want to show, such as taste or wealth. There are a lot of things going on in a fashion campaign. And it is different from photographing the nude,” he continues. “The hardest thing to photograph is the naked body. It is only lines. There is nothing else to project, so you bring out a certain humility in the person. They have nothing to protect them. Without clothes, it is just them. And it is that which I like.”

I am a control freak, of course. But I am a collaborative one... I learned a long time ago that ‘Me! Me! Me!’ never really works.

One of the projects that excites Mario most is guest editing bespoke editions of Vogue, known as Full Editions, which have broad themes chosen by Mario and the magazine's editor. He has already done with this with German (Blondes), Chinese (Past, Present and Future), Spanish (Celebrating Spanish Culture) and Brazilian (The Body) Vogues and is currently working on his next collaboration, which is with Japanese Vogue (Obsession).

“I love doing them,” he confesses. “They are very good for me because they make me think much wider than just photography and give me a good insight into the culture of the country. I get to choose my collaborators and the concept. I am not thinking of ten pages, as I normally do, but of a hundred, in which there may be six or seven stories all shot by me — and I have to make it all a running coherent project. I find the teamwork with the staff of the magazine very rewarding. In a sense, we are one big interactive team. It certainly isn't just me.”

But Mario is clear that, although photography is a big part of his life, it’s not all he does. Even when he was a teenager, he did charitable work in the shanty towns of Lima and, today, he finds time to devote serious work to a range of charitable causes, something he began doing in earnest in 2007, after a devastating earthquake in Peru destroyed over 50,000 homes.

Being a practical man, he realised that what was desperately needed in the aftermath of the event were funds for a clinic and he decided to auction off one of his Princess Diana prints, raising enough money to build it. Since then, Mario has become increasingly involved in other charitable causes, benefitting orphans, as well as fighting cancer (his brother died of the disease when he was young) and combatting AIDS/HIV, for which he was presented with the AmFAR Inspiration Award. “I am in the lucky position that when people ask me to help charities, I can raise a lot of money,” he says.

In 2012, Mario set up his own not-for-profit arts foundation in Peru, called Asociación Mario Testino (MATE). The association has a museum, housing Mario’s photographic archive, along with much of his personal art collection, which includes fashion photographs by Cecil Beaton, Irving Penn and Richard Avedon, as well as work by a wide range of modern painters. But crucially, its mission includes promoting Peruvian culture and art. The museum was the first to display a series of images, shot by Mario, documenting the traditional festival dress of the inhabitants of Peru’s remote Cusco region.

Perhaps unsurprisingly, Mario is something of a national hero in Peru. In 2010, he was presented with his country's highest honour, the Grand Cross rank of the Order of Merit for Distinguished Service in Peru. And earlier this year, he was awarded an honourary OBE (Order of the British Empire) by his adopted home for his services to photography and charity.

“Where does the drive come from?” says Suki Larson, chief executive of Mario Testino, the company. “From his openness to people, experiences and ideas and a constant, relentless quest to know himself better and to keep participating in life with everything he has.” 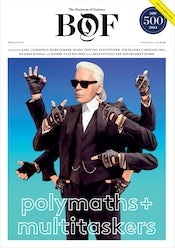