‘Lad mags’ like Maxim are moving away from their traditional cocktail of cars, sports, drinking and sex towards more sophisticated, fashion-conscious content. 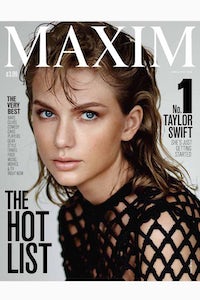 ‘Lad mags’ like Maxim are moving away from their traditional cocktail of cars, sports, drinking and sex towards more sophisticated, fashion-conscious content.

LONDON, United Kingdom — Drinking, sports, cars and scantily clad women. These were the pillars of a genre of unapologetically brash men’s lifestyle magazines, known as ‘lad mags.’ Successful on the newsstand, they were closely linked to the rise of ‘lad’ culture, a term coined in 1993 by journalist Sean O’Hagan to describe a new kind of postmodern machismo.

'Lad mags' like Loaded, Maxim, Nuts, Zoo and FHM hit the peak of their popularity around the year 2000, having spawned a wide range of international editions. But over the course the next 15 years, driven by a shifting concept of masculinity and the rise of the Internet (where men could easily find far more risqué images of women for free), many fell into serious decline or were shuttered completely. FHM shut down its American publication back in 2006. In 2009, the same year Arena was closed down, Maxim discontinued its UK print edition. Last year, Nuts folded. And, this March, after 21 years in print, Loaded was shuttered.

“The Nuts and the FHMs of the world have been in decline for a long time,” said Jop Van Bennekom, co-founder of men’s magazine Fantastic Man. “These days, men have a new appetite for food and clothes; they want to look good, they want to eat well, they want to have a quality of life. I think men are really catching up with women when it comes to how they identify themselves with what they eat, what they read and what they wear.”

“As this shift in the landscape is happening, certain magazines have to look to regain their relevancy and pivot themselves out of hard-won stereotypes they unfortunately embody,” added Howard Mittman, vice president and publisher of American GQ. “What I see happening broadly is a distinct difference between titles who are forced to pivot and those who are seeking to continue their dominance across a variety of distribution mechanisms. The latter is what GQ is working on.”

Maxim, on the other hand, is attempting a wholesale reinvention, pivoting away from its original 'lad mag' promise of “Sex, Sports, Beer, Gadgets, Clothes, Fitness” towards a more sophisticated and fashion-conscious offering. In September 2014, the magazine brought in Kate Lanphear — former style director of The New York Times T magazine and a veteran of American Elle — to take the helm as editor-in-chief. But the task ahead was not easy. By the time Lanphear took the reins, Maxim had passed through various hands: in 2007, private equity firm Quadrangle Capital Partners bought out Dennis Publishing. Maxim was later sold to Darden Media in 2013, before being acquired by the entrepreneur Sardar Biglari in 2014. In the past, the magazine had also come under fire for its perceived objectification of women, including a much-lambasted 2003 spread advising readers "how to cure a feminist.”

“It’s a challenge for any magazine to evolve in turn and stay relevant,” Lanphear told BoF. “With unprecedented access to information and more options than ever before, men are looking for sources they trust to help them navigate the changing landscape, and [one] that will help him curate a myriad of things he’s passionate about.”

Dan Crowe, co-founder and editor in chief of Port magazine, also acknowledged the growing demand for in-depth journalism in men's magazines. “When we did a story on the local Fitzroy Lodge boxing club in South London, [it] garnered a lot of attention – even more so than the cover story of the same issue – because it was totally unexpected, authentic and had real humility,” he said. “The readers have to be respected and it’s the editor’s responsibility to serve up stories that are genuinely compelling.”

But perhaps Maxim’s biggest transformation under Lanphear has been in the way the magazine approachs to its female subjects. Lanphear’s debut issue for March spring/summer 2015 featured Victoria’s Secret angel Candice Swanepoel on the cover, but unlike the magazine’s earlier ‘bare-all’ covers, only the model’s face was in the frame.

“In our upcoming issue, we’re redefining ‘hot,’” said Lanphear, referring to The Maxim Hot 100, an annual ranking of the most attractive women in entertainment, as voted by the magazine’s readers. This year, the list was topped by Taylor Swift, “the most talented woman alive,” according to Lanphear. “It’s not just about beauty; it’s about relevance and what’s exciting in the world today,” she explained. “Maxim’s readers are smart and driven and they want intelligent, engaging content about what is culturally relevant.”

So far, the changes appear to be working. Figures from the Publishers Information Bureau show that Maxim remains the largest men’s lifestyle brand in the US, with a circulation of over two million. According to Maxim, the magazine also saw a healthy percentage increase in ad revenue in the first quarter of the year (50 percent of which came from fashion advertisers) compared to competitors — including Men’s Health, Rolling Stone, GQ, Esquire and Wired — which saw ad revenues decline by an average of 16 percent, though the company declined to provide exact figures.

“We just wanted to offer an updated perspective that is more reflective of today’s changing world,” said Lanphear.