This week, in the wake of yet another mass shooting at a school in the United States, Gucci joined the movement for gun control, pledging $500,000 to the March For Our Lives rally, set to take place in Washington, DC, next month.

“We stand with March For Our Lives and the fearless students across the country who demand that their lives and safety become a priority,” said the company in a statement. “We have all been directly or indirectly impacted by these senseless tragedies, and Gucci is proud to join this movement with a donation of $500,000.”

Some have dismissed the move as a PR stunt. But there's much more to the story than riding the wave of anti-gun sentiment that has swept across the United States since the deadly shooting at South Florida's Marjory Stoneman Douglas High School left 17 people dead.

For one, Gucci has first-hand experience with mass shootings: a Gucci employee was among the dead when a gunman killed 49 people at a Florida nightclub in June 2016. But the move also reflects a new reality where the calculus on whether or not brands take a position on political issues is changing dramatically. Whereas neutrality was once the norm, now it’s riskier to be neutral than to take a stance.

Driving this change is a new generation of chief executives and chief marketing officers who have more liberal values than their predecessors and find themselves facing growing pressure to use their positions of power to do right by society.

But at the heart of the shift is the rising spending power of millennials, who expect their favourite brands to embrace values that align with their own and take a stand on important socio-political issues. A recent study by The Economist shows consumers — especially millennials — prefer companies who have social purpose. According to the research, 79 percent of millennials prefer to purchase products from a company that operates with a social purpose, while 75 percent are proud to be a customer of a company that operates with a social purpose.

The same study revealed that 60 percent of executives think the rise in consumer activism is forcing companies to authentically showcase their character in the way they operate and engage with the public, while 73 percent believe consumers are increasingly judging companies on the humanness of their corporate character.

To be sure, Gucci’s position on gun control reflects its own internal values, but it also aligns with the values of its millennial-heavy customer base. “I am truly moved by the courage of these students,” said Gucci creative director Alessandro Michele at the time of the announcement, referring to young activists like Emma González, who have taken up the issue of gun control with new vigour since last week’s school shooting. “My love is with them and it will be next to them on March 24. I am standing with March For Our Lives and the strong young women and men across the United States who are fighting for their generation and those to come.”

Today’s polarised political backdrop has amplified this shift. Brands can no longer be Switzerland as the rest of the world picks a side. Indeed, for many consumers, it is now unacceptable for companies to remain ambivalent on issues about which they are passionate, if not outright angry, especially when governments are seen to be failing them.

A 2017 Cone Communications CSR study revealed that 63 percent of Americans are hopeful businesses will take the lead on driving social and environmental change in the absence of government regulation. 78 percent want companies to address important social justice issues, 87 percent will purchase a product from a company because it has advocated for an issue they care about and 76 percent will refuse to purchase a company’s products if its stance is contrary to their beliefs.

In a market with almost limitless choice, where the internet makes proximity to physical stores increasingly irrelevant and consumers can decamp to competitors who better align with their values with a simple touch of their phone, it’s increasingly important for brands to take a stance and speak up.

Finally, employees and the growing importance of corporate culture are also critical to the shift. We live in a volatile and fast-changing world, where it’s difficult to set multi-year plans with certainty, culture trumps strategy and attracting and retaining talent are more important than ever. In this context, taking a stance on socio-political issues can be a powerful way to foster a strong company culture and burnish an employer brand. And while it may once have been sufficient to simply make a statement, brands are under pressure to actually demonstrate, not just proclaim their values. 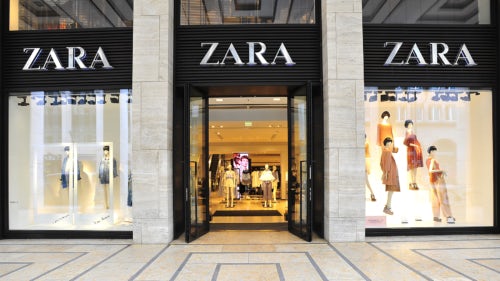 Inditex slumps to three-year low. Stock fell as much as 7.1 percent, the steepest intraday drop since June 2016, after JPMorgan cut its estimates and price target for the Zara owner, adding to jitters ahead of next month’s full-year results. Meanwhile, the retailer is helping its hometown withstand Spain’s political and financial crisis.

Nordstrom's weaker profit clouds comeback plan. The Seattle-based company declined as much as 4.9 percent in late trading after shrinking profit last quarter renewed concerns about its plans for a buyout. The retailer expects earnings in the coming year of $3.30 to 3.55 a share. It also sees same-store sales gaining 0.5 percent to 1.5 percent this year.

Sapinda buys La Perla. The investment firm has acquired the Italian luxury-lingerie maker, but did not disclose any financial details of the acquisition. Chinese conglomerate Fosun, which recently acquired Lanvin, had entered exclusive talks to buy La Perla last December, but negotiations stalled due to disagreement over moving production out of Europe.

Fosun acquires majority stake in Wolford. The Chinese firm will pay 33 million euros (£29.25 million) for a majority stake in loss-making luxury textiles maker and make a mandatory takeover offer to other shareholders. It also agreed to provide up to 22 million euros as part of a capital increase, boosting Wolford shares as much as 7 percent.

Adidas sales boosted by China, North America and e-commerce. Sales at the German sportswear firm rose between 15 and 20 percent to more than 20 billion euros ($24 billion) in 2017. According to Adidas, there will be no change to its forecast for sales to rise at a currency-adjusted 17-19 percent in 2017. It reports annual results on March 14. 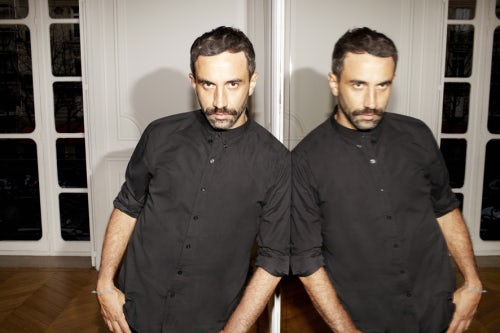 Riccardo Tisci joins Burberry. The British megabrand has named Tisci its new chief creative officer, effective March 12, 2018. Tisci succeeds Christopher Bailey, who announced his departure last October. Tisci joins the company after more than a decade as creative director at Givenchy. In his new role, the designer will be based in London and direct all of Burberry’s collections, presenting his first outing for the brand in September 2018.

Ferragamo CEO to step down after less than 2 years. Shares rose as much as 4.6 percent, after Eraldo Poletto said he would step down from his position as chief executive of the Italian luxury-goods maker, on March 8. Ferragamo did not disclose a reason for Poletto’s departure but said in a statement that the split was mutually agreed. The news comes as the brand continues struggling to increase revenue.

Jacquemus to launch men’s line. After weeks of teasing the forthcoming announcement of a “new job,” the designer has revealed that he is launching a menswear line under his existing label. His first men's collection will be presented at Paris Fashion Week in June.

Condé Nast to launch Vogue in the Czech Republic and Slovakia. Published under a license agreement with V24 Media, the inaugural Czech print edition will debut this year with the September issue, alongside a digital platform. The magazine will be published in Czech and the majority of revenues is expected to come from print.

Vogue and Vice put collaboration on hold. The partnership, announced in October, is being delayed indefinitely. The collaborative content was supposed to run on a new site over a 100-day period. However, Vice found itself at the centre of a workplace harassment scandal that The New York Times exposed in late December. Vogue has had its share of negative attention, because of its association with fashion photographers that have been accused of harassing models.

Publisher Time Inc UK sold to private equity group. One of Britain’s biggest magazine publishers, which owns 57 titles including Marie Claire, Woman's Weekly, NME and Wallpaper, has been sold to Epiris in a deal thought to be worth about £130m. Its new owner is expected to explore the sale of underperforming titles, make cuts to the 1,700-strong workforce and also look to increase its presence in UK publishing through further acquisitions.

Dolce & Gabbana used drones to show handbags. About seven drones flew down the Dolce & Gabbana runway in Milan, each carrying a leather and jewel-encrusted handbag, before human models walked down the catwalk wearing the brand's latest Autumn/Winter 2018 ready-to-wear collection.

JD.com’s new accelerator focuses on tech start-ups. One of China’s largest e-commerce companies is launching a new Beijing-based accelerator program for artificial intelligence and blockchain startups. JD.com said the start-ups will work with its operational teams, such as its logistics unit, which recently raised $2.5 billion and claims to run the largest last-mile logistics network in China.