Since its formation in 1987, LVMH has been ahead of the curve on several major vectors of change. It was the first luxury firm to step foot in China, debuting Louis Vuitton in Beijing’s Wangfujing shopping district in 1992, at the very start of the country’s consumer boom. But the world’s largest luxury group has been slower to respond to one of the biggest disruptions of all: digital.

Some say LVMH, like many luxury firms, lost valuable time fretting over the democratic dynamics of the internet and the diminished control it allowed over the way its carefully cultivated brands were presented and distributed. Others argue that LVMH was actually too early to the e-commerce party, launching the multi-brand fashion e-tailer eluxury.com back in 2000, when online luxury sales had yet to gain critical mass. But the venture suffered from strategic miscalculations and poor execution — as well as the challenges of being an early adopter — and was closed in 2009, making LVMH more cautious on digital for years to come as competitors surged ahead.

No doubt also at play was what Harvard Business School professor Clayton Christensen famously termed the “Innovator’s Dilemma,” which states that large and successful companies often fail to adopt new technologies or business models that can give them an edge in the future because they have too much to gain from the present. While LVMH was no master of e-commerce, its physical stores were amongst the best in the world at staging the theatre of luxury retail.

For years, LVMH’s track record online was uneven. While the group's multi-brand beauty retailer Sephora took a more progressive approach to digital, generating strong e-commerce sales, and Louis Vuitton successfully grew its digital capabilities, while balancing these with a more cautious stance on online sales, some of its brands had no digital strategy whatsoever. But about three years ago, as it became increasingly clear that digital was the next China-scale opportunity, LVMH leaders at the highest levels decided to make digital capabilities a top priority for the group.

“Prominence in digital luxury is of crucial importance,” explained Luca Solca, head of luxury goods at Exane BNP Paribas. “More than 90 percent of purchases today are already influenced by digital and the industry is anticipating significant e-commerce acceleration in the next few years.”

The appointment of Ian Rogers to the newly created role of chief digital officer about two and a half years ago, was a signal of the shift in thinking. Alexandre Arnault, son of Bernard Arnault and the co-CEO of Rimowa, who along with Rogers has been integral to the group’s renewed digital focus, also began spending more time with the company’s executive committee. And the group has since bolstered its digital personnel across the organisation and birthed, among other initiatives, its long-awaited return to multi-brand fashion e-commerce with 24 Sèvres.

“The group is totally oriented towards digital, both in terms of e-commerce, but also with regard to the internal management of our business and communication,” said chairman and chief executive Bernard Arnault, speaking at LVMH’s annual general meeting in Paris on Thursday after the company posted strong first-quarter results: organic sales surged by 13 percent, sending shares to a record high. In 2017, online sales grew by 30 percent and, according to group managing director Antonio Belloni, the company is pouring more investment into digital, including directing 30 percent of its media spend towards digital platforms.

But despite the stellar results, Arnault issued a warning. “In my opinion, it is at times like these, when the results are excellent, that you need to be most attentive, most vigilant and most cautious,” he said. “Indeed, experience shows there is nothing worse in a successful company than self-satisfaction.” He cited several risk factors, from exuberant stock markets to geopolitical instability. But LVMH also appears to be increasingly aware that, to avoid disruption, it must disrupt itself.

“We must also not get disrupted, being completely aware that disruption exists in many different aspects — design, product, communication, distribution — and keeping an eye on the most meaningful changes to embrace them sooner rather than later,” Alexandre Arnault told BoF last year, months after he was appointed at Rimowa. “We need to stay at the forefront of innovation.”

Earlier this week, Bernard Arnault, flanked by his daughter Delphine, Rogers and other top executives, also inaugurated a start-up accelerator program — La Maison des Startups — based at Paris business incubator Station F and geared at channelling the creative energy of innovative upstarts towards LVMH’s portfolio of brands. The program is an extension of the LVMH Innovation Award, birthed by Rogers and Alexandre Arnault two years ago to bring more structure to the ad hoc conversations the group was having with start-ups and drive innovation at LVMH. La Maison des Startups, which soft launched in November, includes businesses with concepts rooted everything from artificial intelligence to blockchain.

But will LVMH’s attempts to boost digital innovation work?

Corporate incubators don’t always deliver results. The approach has been tried by everyone from Nordstrom to L’Oréal. And despite the attention of senior leadership and ample funding, many have failed to accomplish strategic innovation goals and some companies, including Volkswagen and Coca-Cola, have shuttered their accelerators entirely.

As for 24 Sèvres, the most visible of LVMH’s recent homegrown digital initiatives, the site recently became the first and only multi-brand player to sell Céline online, underscoring its primary competitive advantage: privileged access to coveted LVMH brands that are highly scarce online. But the venture clearly has a lot of catching up to do. While LVMH doesn’t break out results for 24 Sèvres, the scale of the business is thought to be dwarfed by competitors like Yoox Net-a-Porter, Farfetch and MatchesFashion.com.

LVMH could have another card up its sleeve: its vast network of stores, which could one day provide a platform for a world-class customer experience that joins up physical and digital retail. “The ‘big bang’ should come when the IT support to fully integrate digital and physical retail in-store will be in place,” said Solca.

But this may not be enough. In addition to initiatives like 24 Sèvres and its new incubator program, LVMH must deepen the cultural shift necessary to overcome Christensen's "Innovators Dilemma," bringing the focus of the group's resources and talent to digital innovation in the same way that it did to the China market opportunity back in the 1990s. Everyday, decisions are being made all around the group that will impact its pivot to digital, and the group's talent initiatives, incentives and core processes must support this shift if LVMH is going to disrupt itself. The company's future depends on it. 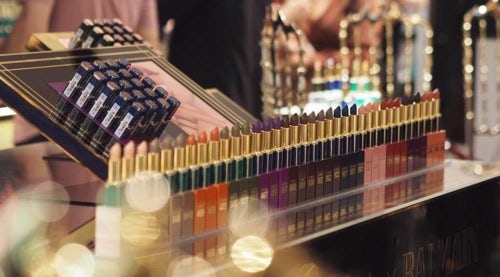 Luxury cosmetics drive L'Oréal sales. The French beauty giant posted better-than-expected sales growth, driven by its prestige cosmetics as well as rising demand in China. Overall sales grew 6.8 percent from a year earlier on a like-for-like basis. The cosmetics company has also emerged as a preferred bidder to buy 70 percent of K-beauty firm Nanda, in a deal estimated at $375 million, according to sources.

Adidas to close stores in online push. The German sportswear giant wants to more than double its e-commerce sales to €4 billion ($4.91 billion) by 2020, from €1.6 billion last year. As a result, it plans to close down stores in the coming years as it refocuses its efforts online. Adidas now has 2,500 stores globally and 13,000 additional mono-branded franchise stores.

Puma lifts full-year guidance after sales accelerate. The German sportswear brand nudged up its sales and profit guidance for 2018 after posting a 12 percent jump in first-quarter revenue. Puma still lags Nike and Adidas, but has revived its fortunes in recent years by spending heavily on sponsoring top soccer teams and partnering with celebrities such as Rihanna. The company is due to publish full results on April 24. 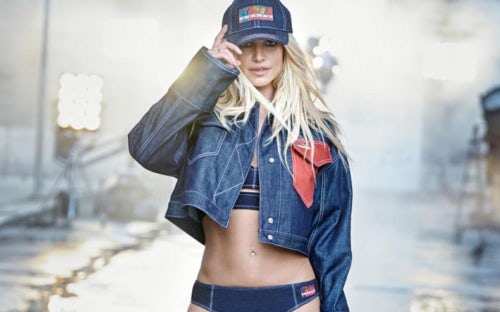 Levi Strauss sues Kenzo. The jeans maker accused the LVMH brand of trademark infringement for putting tabs on its pants pockets, including in a new clothing line featuring Britney Spears. The complaint filed with the US District Court in San Francisco, where Levi is based, said Kenzo's activities threaten to cause Levi to lose sales and confuse shoppers.

Mark Zuckerberg testifies before lawmakers. Facebook's founder and chief executive faced a senate hearing to address data misuse in the wake of the Cambridge Analytica revelations. Senators grilled the entrepreneur on how a data firm with ties to President Donald Trump's campaign accessed information from as many as 87 million Facebook users without their knowledge — but Zuckerberg emerged largely unscathed, thanks to most senators' ignorance of how Facebook works.

Nike acquires Invertex. The acquisition of the computer vision company is part of Nike's push to improve its digital platforms. Invertex uses AI and 3D imaging to analyse the wearer's feet and suggest shoe models and sizes for best fit. The terms of the deal were undisclosed.

The RealReal plans to raise a new $100 million investment. Founder and chief executive Julie Wainwright is currently pitching investors about raising new funding for the luxury fashion site, which specialises in the sale of secondhand items from brands like Louis Vuitton and Gucci. The company has already raised more than $170 million since it launched seven years ago.

Alibaba invests in facial recognition technology. The e-commerce giant has led a $600 million funding round in SenseTime. The Hong Kong-based firm is little-known among consumers both outside and inside of China, but it has become a major player in the country’s artificial intelligence industry. The company provides facial recognition software to businesses and governments across China.